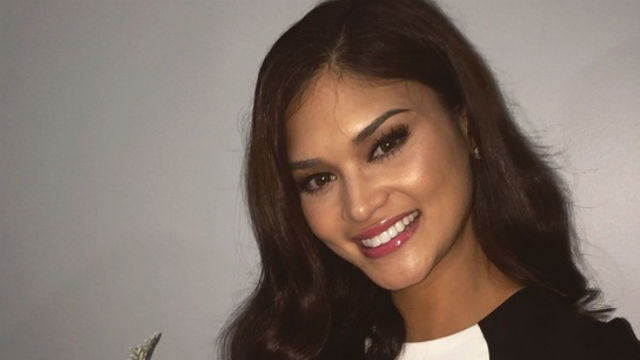 In an interview on the The Buzz, Sunday, March 22, Pia clarified the issue linking her to the Filipino-British football player.

Pia did not reveal any other details.

Aside from Pia, Phil was also linked to actress Angel Locsin, who was his girlfriend for two years. He also dated actress Bangs Garcia, but the two chose to remain friends and focus on their careers.

TV host Kris Aquino on Sunday also shared with the audience that her brother, President Benigno Aquino III told her to be nice to one of the guests. She even read the message she put on her Instagram account.

So my other 3 sisters said poor them, sasabihin daw ng  all my followers wala silang ka-ayos ayos. (My followers will they did not fix themselves.) I said: hello? They love your simplicity, given na na ako lang ang maarte (given I am the one who is very vain). #kinikiligangkuyako #butipasiya,” Kris wrote.

When Kris asked why she should be nice, Pia said:  “Because I mentioned that I was going to be here sa ‘The Buzz.’ And I said that I was a little bit nervous because I saw the teaser and then nakalagay, (it was announced) ‘Pia Wurtzbach, sasagutin na ang mga tanong sa kanya tungkol kay Phil Younghusband at PNoy.’” (Pia Wurtzbach, to answer all the questions about Phil Younghusband and PNoy)

Pia however said she did not tell PNoy to tell Kris to be nice to her.

“Nung nakita ko ‘yung [teaser], sabi ko ‘Ay hindi tungkol sa pagkapanalo ko.’ I was preparing myself for the questions already and then I told him na – well I didn’t say to him to tell you to be nice to me. That didn’t come from me,” she said. (When I saw the teaser, I said ‘ay it’s not about me winning’)

There have been a few rumors that the President and Pia have been seeing each other. (FULL LIST: Winners, Bb Pilipinas 2015 coronation night)

Pia did not confirm or deny that she went out with the President. –Rappler.com