Take a look at the first ‘Suicide Squad’ cast photo 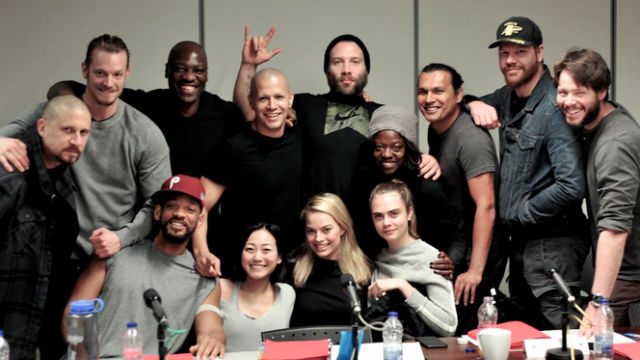 The film, based on the DC comic book Suicide Squad, centers on a team of super villains who are given missions by the government to reduce their sentences – but they run a high risk of death while on these operations.

The film will star two-time Oscar nominee Will Smith as Deadshot; Margot Robbie as Harley Quinn; Jai Courtney (Divergent, upcoming The Water Diviner) as Boomerang; and Cara Delevingne as Enchantress.

Jared Leto, who will play the Joker, is missing from the photo.

According to The Hollywood Reporter, The Mindy Project star Ike Barinholtz is the cast’s newest addition, along with actor Adam Beach.