Kris Aquino back in ‘Etiquette for Mistresses’ movie

May 19, 2015 1:48 PM PHT
Rappler.com
Facebook Twitter Copy URL
Copied
Kris says she will be joined by Kim Chiu and another actress she's close to 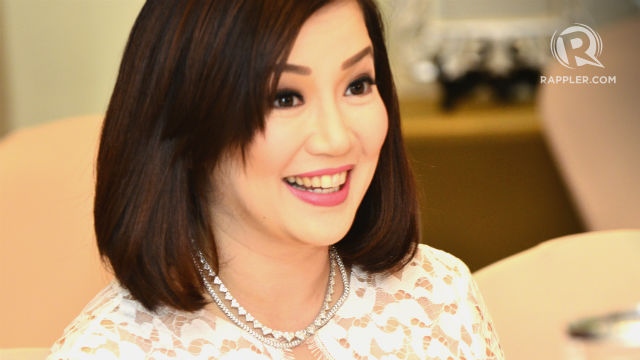 MANILA, Philippines – Actress and TV host Kris Aquino said she will do the “mistress” movie, weeks after she announced she was backing out.

Kris made the announcement on Aquino and Abunda Tonight Monday, May 18.

“Sinasabi nga nila, kapag umuulan, (They say when it rains) it really pours.

“Today, I was… para sigurong everything fell into place,” Kris said.

“The project that I am hoping I could do, I am now allowed to do.

“So I can announce it already… under Direk Chito Roño po, ang title The Etiquette For Mistresses. Yes, I am a part of the project,” she confirmed.

The movie is based on the book Etiquette for Mistresses and What Wives Can Learn From Them written by Julie Yap Daza.

According to Kris, Kim Chiu will join her in the movie, along with another actress close to her.

“She is very special to me and we also worked with Direk Chito (Roño). Parang giveaway na naman na kung sino ‘yon,” Kris said. (It’s already a giveaway who she is.)

Many believe that Kris is referring to actress Claudine Barretto, whom she worked with in the movie Sukob.

“Tatlo po kaming siguradong nandiyan,” Kris said.  (The three of us will definitely be in it.)

Last April, Kris said she had to turn down the movie because of a clause in one of her endorsements. – Rappler.com