Gerphil Flores on ‘Pilipinas Got Talent’: No hard feelings about Kris, Ai-Ai 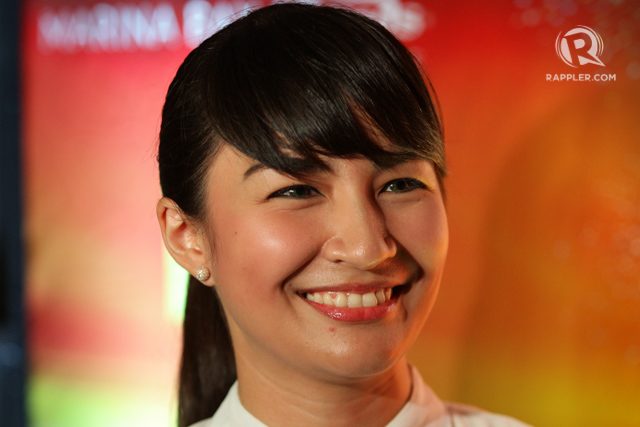 Facebook Twitter Copy URL
Copied
Back in 2010, Gerphil was a contestant on the show, where she was told to sing more relatable songs for a younger market

MANILA, Philippines – Classical singer Gerphil Flores stunned judges on Asia’s Got Talent 1, particulary mega producer David Foster, with her crystal clear, lilting voice. Though she finished in 3rd place, fans and industry members have tagged her as one to watch, as she skyrockets to a new level of fame

But before Asia’s Got Talent, Gerphil was a semifinalist in Pilipinas Got Talent in 2010, which had Kris Aquino, Ai-Ai delas Alas, and Freddie Garcia as judges.

Today, Gerphil says she has no ill feelings towards Kris or Ai-Ai with regard to her time on the show. Back then, she was asked to sing more relatable songs for the younger market.

In an interview on ANC’s Headstart Friday, May 29, Gerphil said that she learned a lot from her experience. (READ: PH singer Gerphil Flores advances to ‘Asia’s Got Talent’ grand finals)

“I never thought that this issue would open up again, na-resurrect siya. Sabi ko nga po sa media, wala naman akong sama ng loob (As I told the media I have no ill feelings) for what happened. I was even thankful because I learned a lot during my journey in Pilipinas Got Talent and I know for them, bilang judges, they have their right to give out their comments on the performances they saw in Pilipinas Got Talent. Kaya sabi ko maybe it wasn’t just my time, hindi ko pa yan panahon (it was not my time),” she said.

After she was told to sing more relatable songs, Gerphil, who was known by her stage name Fame back then, said she will not stop singing classical songs.

Watch the clip below:

Gerphil said that she hopes to have a concert soon. She also dreams of singing with Lea Salonga and doing an album. ([WATCH] Asia’s Got Talent: What’s next for the Filipino grand finalists?) “I’m planning to, hopefully magkaroon and hopefully sunod sunod (there will and it will push through) not only here in the Philippines but abroad as well,” she said.

Gerphil also said she was open to the possibility of acting.

“Maybe in the future I can venture into acting, willing naman po pero sa ngayon more on singing,” she said.

Gerphil, who earned a Golden Buzzer from David Foster, emerged as a runner-up to El Gamma Penumbra on the show. – Rappler.com