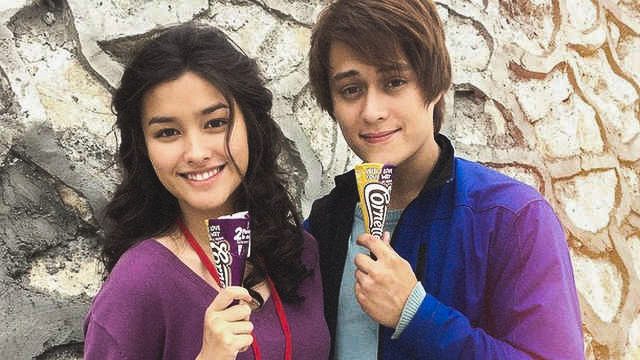 MANILA, Philippines – Is the on-screen tandem of Enrique Gil and Liza Soberano moving into a real-life romance? Enrique has admitted that he’s told Liza about his feelings for her.

According to a report from Pep, Enrique, during the press conference for their movie Just The Way You Are, was asked if he were already in love with Liza. He initially tried to avoid answering the question.(IN PHOTOS: Visiting Baguio’s ‘Forevermore’ locations)

“Abangan n’yo, may forever naman, e,” Enrique said (Just wait for it, there is a forever after all.)

When asked if Enrique told her her he loves her, Liza said: “Pinaparamdam niya.” (He sends feelers.)

And as for Liza’s reply, all she said was thank you.

Enrique however clarified that Liza is still too young to court since she is only 17 years old. Although he admitted to being frustrated about it, Enrique, 23, said: “Oo, pero kasama ko naman lagi sa trabaho kaya okay lang sa akin.” (Yes but I’m with her always during work so that’s okay with me.)

Following the success of Forevermore, the two will star in the movie Just The Way You Are. Directed by Theodore Boborol, the movie opens June 17. –Rappler.com