Bamboo to this young ‘Voice Kids PH’ contestant: ‘I’m so in awe of you’ 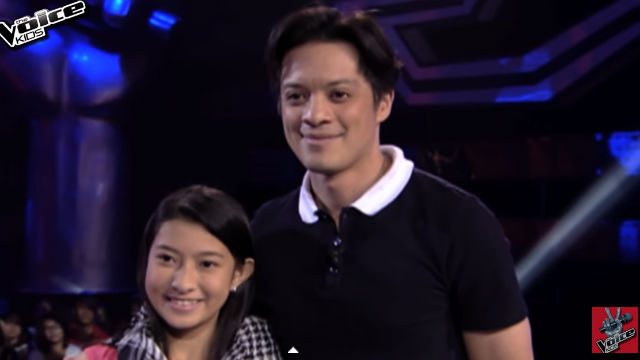 MANILA, Philippines – The judges on The Voice Kids Philippines have high standards for all the kids on their team, and it’s quite a feat for any of them to be rendered speechless during a blind audition.

That’s exactly what happened during the audition of 12-year-old Ashley Simone Teves, or Sim for short.

All 3 judges turned for Sim. In a determined effort to win her over to his team, Bamboo said, “You just took me somewhere else. Yes, I’m speechless kasi you are just so unique. ‘Yan ang mga gusto ko para sa team ko (That’s what I like in my team)… When I see something special that I believe in, I’ll do what I can. I’ll do what I can for you.”

Visibly relieved when she joined his team, Bamboo later told Sim: “I’m so in awe of you.”

Among others, brothers Emman and Sandy Tanio also joined Bamboo’s team, after impressing with their cover of “Just Give Me A Reason,” sung in their local dialect. – Rappler.com