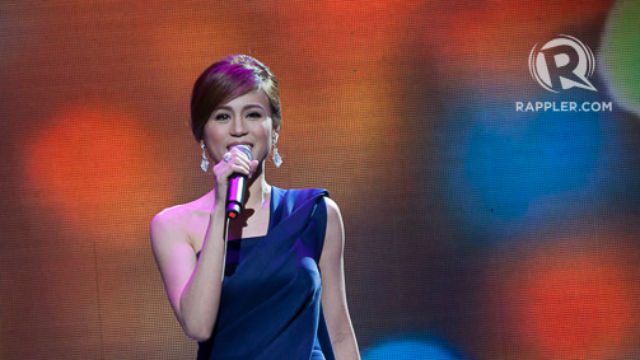 MANILA, Philippines – Although she is now married to Paul Soriano, TV host and actress Toni Gonzaga said she does not see herself doing daring scenes, though she’s open to growing into more mature roles in her projects.

In an interview with reporters at the media announcement of her upcoming project with Dreamscape Written In Our Stars, Toni clarified that those “mature” roles are not about taking off her clothes. (READ:Toni Gonzaga, Piolo Pascual to star in new show ‘Written In Our Stars’)

In Written in Our Stars, she is joined by Piolo Pascual and Sam Milby along with Jolina Magdangal. According to Toni, she accepted the project because of them. When asked how she felt about be working with her two previous on-screen partners, Toni said: “They will always have a special place in my heart . And up to this day, I love them only in a different way– in a very professional way. I’ll always be grateful doon sa team-up namin.”

Piolo was Toni’s partner in the 2014 hit movie Starting Over Again which earned them recent Box Office King and Queen awards. Sam was her partner in movies such as You Are The One, You Got Me, My Big Love and Ang Tanging Pamilya: A Marry Go Round.

Written In Our Stars is scheduled to start taping end of July. – Rappler.com