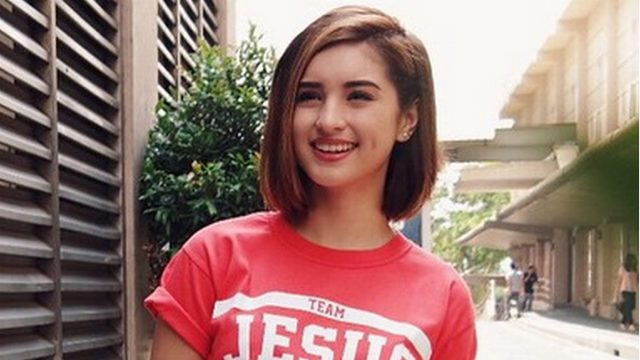 Facebook Twitter Copy URL
Copied
'I don't think that firing anyone is the answer,' Coleen says of the incident

MANILA, Philippines  – Actress Coleen Garcia spoke up about feedback that a service crew member of a Japanese restaurant was fired after Coleen’s grandmother complained that she was treated rudely.

On Instagram, Coleen shared her side of the story regarding the complaint of user @jejeromemalvar who said he worked at the restaurant. According to a report from Pep, which was able to screengrab @jejeromemalvar’s post, the server said that he was never rude to the actress’ grandmother.

(First, I received your grandmother’s card, and my mistake was in following my manager’s orders about the Father’s Day promo. I’m the only one helping my family with our day-to-day expenses, and they depend on me.)

(But given what you did, all that’s gone and because of your grandmother’s complaint about me, that I was rude, even if I didn’t do it, I was fired.)

In the comments section of this Instagram post, Coleen clarified her side of the issue, saying she did not mean for anyone to be fired solely due to her complaint and that the staff member deserved fair treatment from the management.

Here’s her side of the incident, starting from when she posted about a separate negative experience at the restaurant on Instagram.

“Some time ago, I took to Instagram to briefly express my disappointment upon finding something very gross in my food while dining at @ramennagi,” she wrote.

“On my post, I merely warned everyone to be careful with what is in your food, as I could have easily overlooked it as well.

“One of the owners of @ramennagi got in touch with someone who knows my family personally.

“They had that person apologize on their behalf to my dad and lola, and they asked them to tell me to take my post down. (They did not get in touch with us personally, only through our mutual connection. No one on their side has texted me personally at all.)

“My lola told them that she wasn’t going to do that because she witnessed everything (and so did the rest of my family), and it added to the fact that she felt offended by the staff that day.”

Coleen said that she eventually took down this post, that she was contacted by the restaurant with an apology, which she accepted – but Coleen also mentioned her grandmother’s experience at the establishment.

“It doesn’t even matter. I took it down anyway because there were no hard feelings on my end,” she continued.

“However, I also added that my grandmother had been offended while dining there. I don’t think it was anything intentional, though. And my exact words were: ‘Everyone makes mistakes and has shortcomings, and there is always room for improvement.’

“I thought that maybe better training should have been provided, and that is something that the management should take care of. I DON’T THINK THAT FIRING ANYONE IS THE ANSWER.

“But I do think that the management should have taken full responsibility and come up with a solution that should benefit everyone, including both their customers and employees.”

Coleen said that she tried to contact the restaurant to clarify the situation, and said that she did not mean for anyone to be fired because of her complaint.

“In fact, I heard about this issue five days ago and SINCE THEN I have been trying my best to contact @ramennagi for answers, since I wasn’t sure if it was true,” she sid.

“I told them that if my feedback was the sole cause of this, I really didn’t intend for it to get to that point because all I really wanted was for the management to fix their existing problems so that dining there would be more pleasant for others the next time around.

“Customers usually give feedback every time they aren’t happy with the service, and I did so privately and with no anger at all.”

According to Coleen, she also inqured about the service crew’s background if he has gotten warnings in the past.

“Now I also asked if this particular person had already reached their maximum number of warnings/offenses because that would also be a different case.

“It has been five days and they still haven’t gotten back to me. I just find it funny because they were so eager to talk and so quick to reply when it came to my post, but once I took it down, they suddenly disappeared.

“I’m only addressing this here and now because they don’t seem to care much about their employee’s status as much as they cared about my post, so I don’t think we’ll be able to resolve anything.

“I don’t want to blow things out of proportion, which is why I tried to fix it privately. But now it has gotten way out of hand. It would have helped if anyone actually got back to me. I know that there are people out there who are eager to blame me for everything regardless, so it doesn’t matter to me where I stand in all of this. I really wouldn’t care if it’s just me who is affected here because quite frankly I’m used to it.

“But I think that they are being very UNFAIR to their server, if he’s right about working there for 9 months without any trouble. I hope that this could still be fixed, at least just for his sake.”

In the end, Coleen also gave her message to the service crew who got fired.

“To the employee affected, I extend my sincere apologies and I hope you understand that it didn’t have to come to this. I will still try my best to fix all of this so that you can get the fair treatment that you deserve. But no more of this social media BS. This is something that should be resolved privately.”