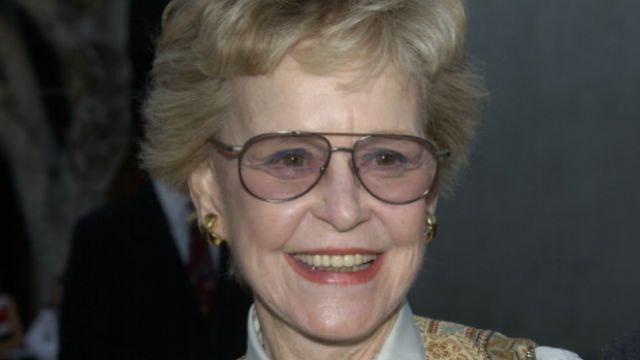 “She was a truly lovely person and a really great lady,” he told NBC News on Sunday, July 5.

Diana Douglas Webster had a long television career, with roles on ER, The West Wing, Dynasty and Dallas. She also appeared on the popular soap opera Days of our Lives in 1965.

Her 6-decade-long acting career included roles in the 1987 comedy Planes, Trains and Automobiles with Steve Martin and John Candy.

Her last movie appearance was in 2003 in It Runs in The Family, co-starring with former husband Kirk Douglas, her son Michael and her grandson Cameron Douglas.

Born in Devonshire, Bermuda in 1923, Webster was also a model, appearing on the cover of Life magazine in 1943, according to industry database IMDB.

Webster, who studied at the American Academy of Dramatic Arts in New York, wrote a book in 1999 called In the Wings: A Memoir.

She married her first husband Kirk Douglas in 1943, with whom she had two sons, Michael and Joel, according to Variety.

After divorcing in 1951, Webster married actor Bill Darrid in 1956, the entertainment journal reported.

She married Donald Webster in 2002 after the death of her second husband in 1992.– Rappler.com