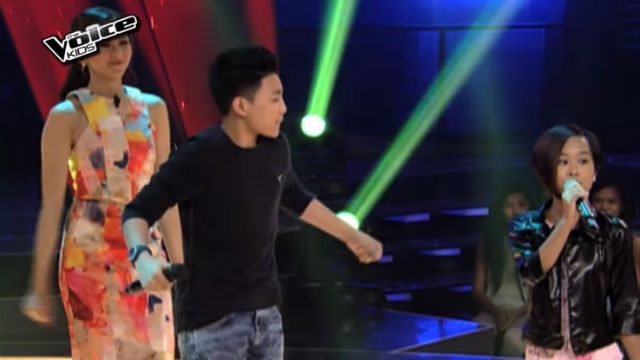 Coach Sarah introduced Darren, who was on her team in season one of the kids edition, in an attempt to win over contestant Amira Medina.

Coaches Sarah, Bamboo, and Lea joined Amira on stage as she and Darren sang and danced to “Moves Like Jagger” by Maroon 5.

Coach Bamboo even joined in and sang a couple of lines with Darren, simulating a The Voice-style battle round, before handing Amira the microphone.

In the end, Amira chose coach Sarah over Bamboo and Lea. – Rappler.com