Facebook Twitter Copy URL
Copied
The 'Tick, Tick... Boom!' star is taking time to 'just be' and 'be an ordinary person' for a while 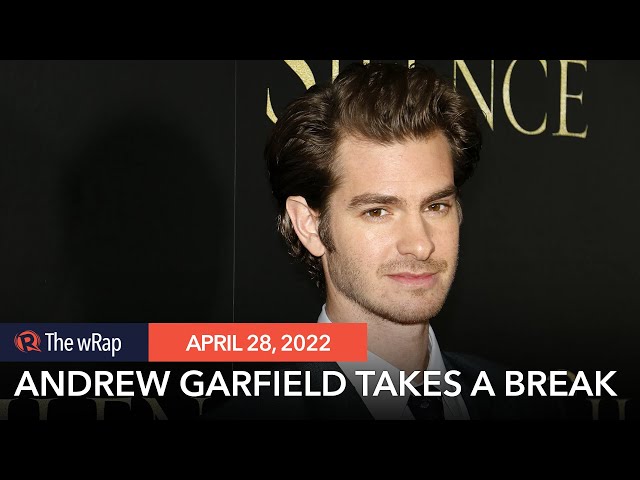 MANILA, Philippines – The Amazing Spider-Man star Andrew Garfield is ready to take time to “just be” as he announces that he’ll be taking a break from acting for the meantime.

The Oscar-nominated Tick, Tick… Boom! actor told PEOPLE in an interview that he is “actually really happy and excited to be very quiet and very still and take some time to just be” and that it feels “very important” right now, especially after “a lot of output, a lot of being out in the world, and giving a lot of energy to things that [he’s] very passionate about.”

“I have to kind of refill the well so that I can carry on authentically carry on without it feeling like I have to keep up with the Joneses in some way,” Garfield, 38, said. He also said that it’s been so “tempting” to live in that way of just always “onto the next thing” – however, he acknowledges that to actually consider taking time for himself is a privilege on its own.

The Golden Globe-winning actor also told Variety that he was going to “rest for a little bit” to “recalibrate and reconsider” what he wants to do next and who he wants to be; he said he just wants to “be a bit of a person” and “to just be a bit ordinary for a while.”

When asked if this meant taking a vacation abroad, Garfield said that he just wants to “lay down and just think and not think and watch other people’s work,” while listening to music, being with friends, and eating burgers, and “you know, just kind of be a person.”

“So that’s what I’m looking forward to. And I don’t know. Because honestly, if I pretended to know it would be a disservice to me and to an audience as well. So I want to make sure I make things that feel genuine and authentic to myself and hopefully connect in a deep way to an audience,” he added.

Garfield’s latest role was for FX’s true crime limited series, Under the Banner of Heaven, an adaptation of Krakauer’s 2003 mystery novel of the same name. He plays a Mormon detective figuring out the truth behind the murder of a mother (Daisy Edgar-Jones) and her baby girl by followers of the Church of Jesus Christ of Latter-day Saints.

He also recently starred in 2021 film The Eyes of Tammy Faye as Jim Bakker and Jonathan Larsson in 2021’s Tick, Tick… Boom!, which won Garfield a Golden Globe for Best Actor. He also made a well-received cameo as Peter Parker alongside fellow Spider-Mans Tom Holland and Tobey MacGuire for the latest Spider-Man: No Way Home sequel.

He has received two Oscar nominations for Best Actor for his role as Desmond Doss in 2016’s Hacksaw Ridge and for Tick, Tick… Boom! – Rappler.com