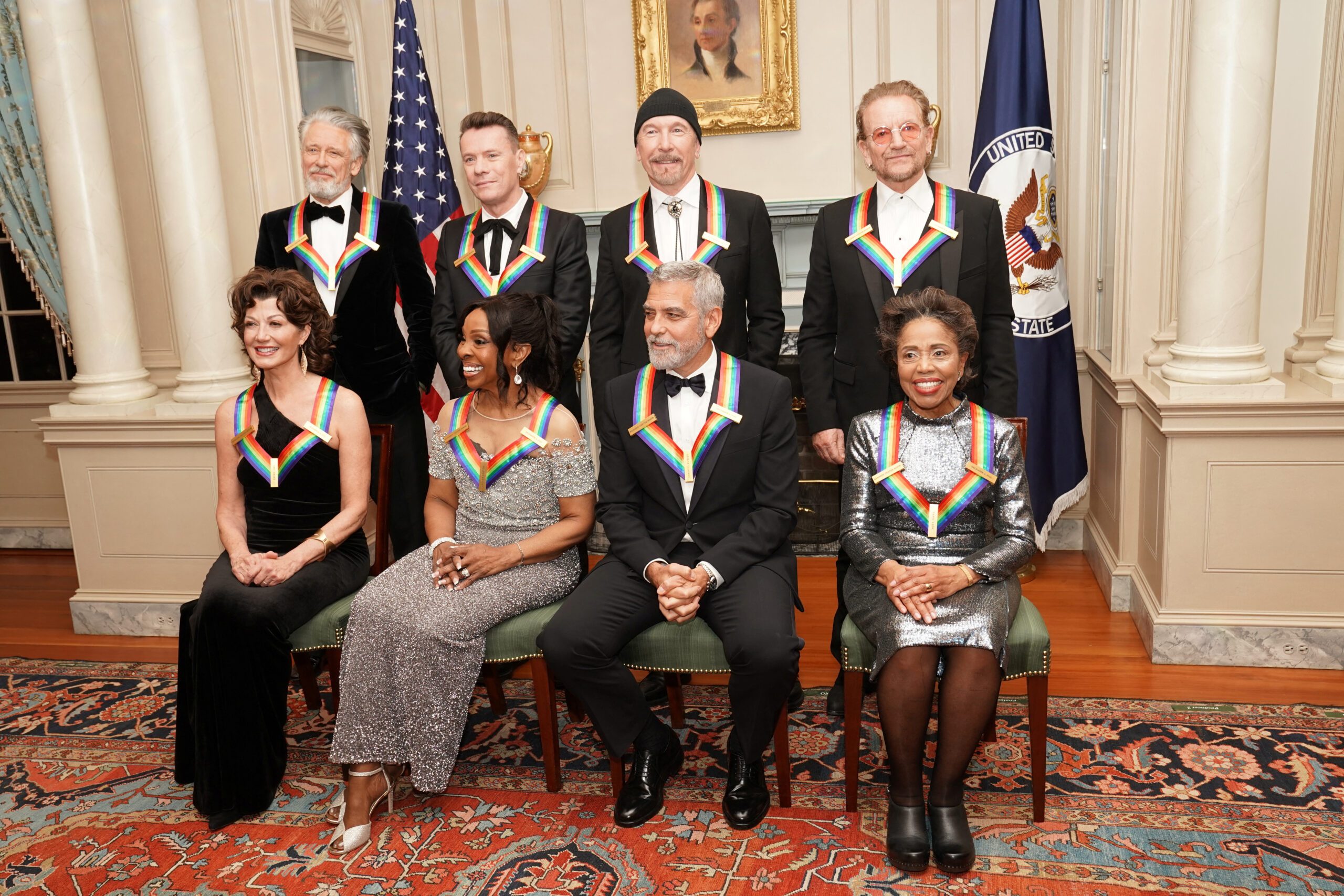 WASHINGTON, USA – Actor George Clooney, singer-songwriter Amy Grant, singer Gladys Knight, composer Tania León and rock group U2 were celebrated on Sunday, December 4, for their contributions to the arts at a White House reception ahead of the Kennedy Center Honors show.

The Kennedy Center event, now in its 45th year, recognizes stars from music, stage and screen for their contributions to American culture.

At a reception for the five honorees at the White House beforehand, President Joe Biden addressed each personally, praising their individual talents and said they embodied the spirit of the country.

“To see each other, to see ourselves in one another, to unite in common cause – tonight we celebrate a truly exceptional…group of artists,” Biden said.

The room was packed with celebrities, the White House’s second star-studded event

in recent days. Actors Julia Roberts and Matt Damon were seated next to each other, in front of journalist Katie Couric. In the front row former Washington, DC police officer Michael Fanone, who was beaten defending the U.S. Capitol on January 6, 2021, was seated next to singer Eddie Vedder.

Clooney, an actor and filmmaker who played a doctor on the popular NBC television show ER before launching a movie career that earned him two Academy Awards, has also drawn praise for his humanitarian work.

Knight, who has won seven Grammy Awards, is famous for hit songs including “I Heard It Through the Grapevine” and “Midnight Train to Georgia” as the lead singer of The Pips, which became Gladys Knight & The Pips in 1962.

Cuban-born León is a conductor as well as a composer, whose orchestral piece “Stride” won the 2021 Pulitzer Prize in Music

Irish band U2, with members Bono, The Edge, Adam Clayton and Larry Mullen Jr., has won 22 Grammy Awards and was inducted into the Rock and Roll Hall of Fame in 2005. – Rappler.com