MAHAL. The comedian is mourned by her celebrity friends. 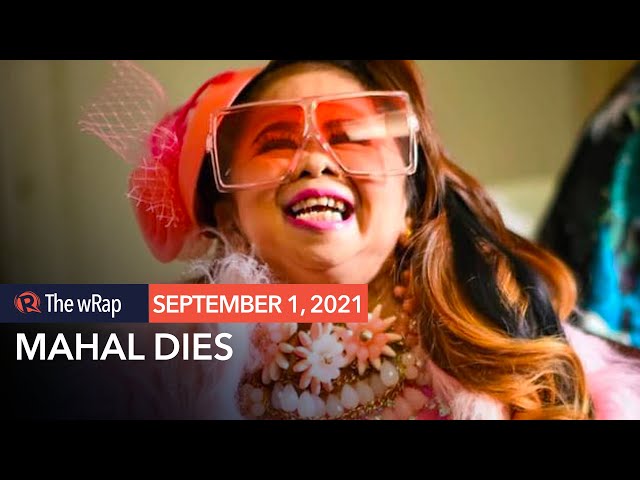 The entertainment industry mourns for comedian Mahal, Noemi Tesorero in real life, who died on Tuesday, August 31 at the age of 46. She had tested positive for COVID-19. (READ: Spotlight: Mahal, remembered)

Many of Mahal’s celebrity friends have taken to social media to express their grief over the news.

Actress Rosanna Roces said she was grateful for the opportunity to have been able to work with Mahal. “Salamat sa pagkakataong makasama at makatrabaho ka. Uwi ka na kay Lord, Mahal,” she wrote.

(Thank you for the chance to work with you. Go home to the Lord, Mahal.)

Actress Janice de Belen, who worked with Mahal in the 1991 movie Anak ni Janice, paid tribute to the comedian by uploading a poster of their film. “RIP Mahal,” she captioned the post.

(We lived together for two years as I accompanied you in your out-of-town shows. We were together everyday. You were so strong to have reached that age despite your condition.… You made a lot of people happy with how genuine you are. Everyone loves you. We love you, Mahal.)

Mahal’s co-stars in the GMA series Owe My Love, her last television project, also shared their fond memories with her.

(I was just staring into space, thinking it was not true.… I lost a true friend in the industry.)

(We might have been together only for a short time, but you have given me such great happiness… I don’t want to accept this… I hope it’s not true.)

Actor John Vic de Guzman posted photos with his co-stars, and wrote that he will never forget Mahal. “Maraming salamat sa pagmamahal mo sa akin at lahat ng taong iyong natulungan at napasaya (Thank you for all your love for me and everyone you helped.)”

Actor Ken Chan also thanked Mahal for the joy she shared with everyone.

Owe My Love’s lead star Benjamin Alves remembered Mahal’s “laugh and aura” during their filming. “Wala kang moment, kahit late na or pagod na tayo, na hindi ka naka-smile (There was no moment, even if it was already late or we were already exhausted, that you were not smiling),” he said.

Born in Virac, Catanduanes, Mahal rose to fame in the ’90s, standing out for her short stature. She has appeared in various films and TV series, most recently in the series Owe My Love, which aired from February to June 2021. – Rappler.com