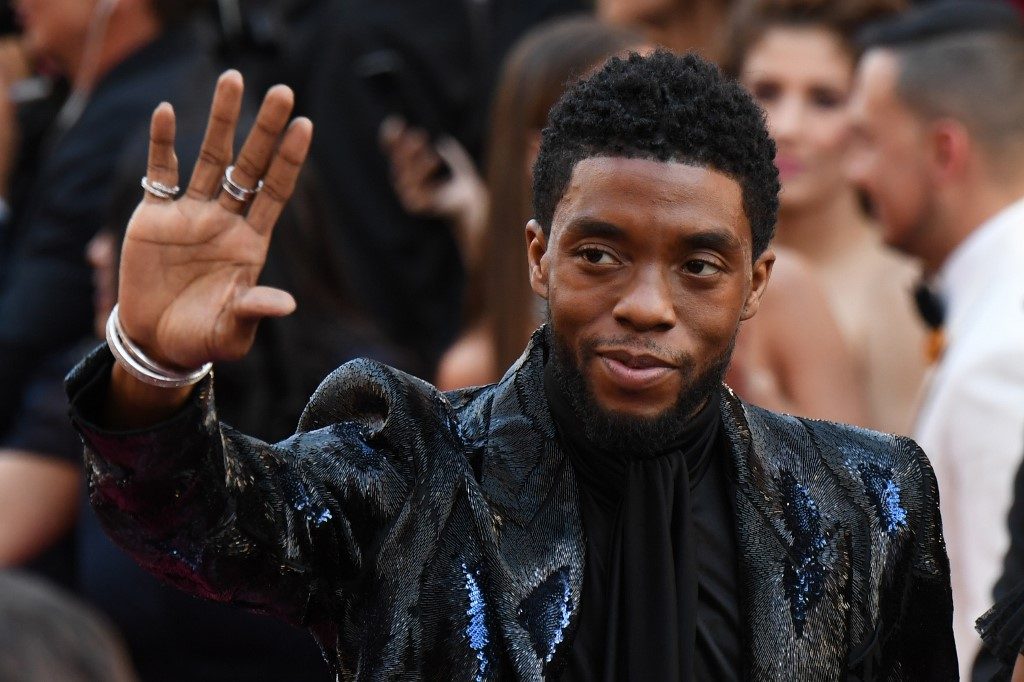 (FILES) In this file photo taken on February 24, 2019 US actor Chadwick Boseman arrives for the 91st Annual Academy Awards at the Dolby Theatre in Hollywood. - August 28, 2020 Chadwick Boseman died of cancer, he was 43. (Photo by Robyn Beck / AFP)

Black Panther star Chadwick Boseman died at the age of 43 after a 4-year battle with colon cancer.

Chadwick’s death was announced in a statement posted on his official Twitter account on the morning of Saturday, August 29.

“It is with immeasurable grief that we confirm the passing of Chadwick Boseman,” the statement said.

Chadwick was diagnosed with stage 3 colon cancer in 2016, which progressed into stage 4 within 4 years.

“A true fighter, Chadwick persevered through it all, and brought you many of the films you have come to love so much From Marhsall to Da 5 Bloods, August Wilson’s Ma Rainey’s Black Bottom and several more, all were filmed during and between countless surgeries and chemotherapy,” the statement said.

“It was the honor of his career to bring King T’Challa to life in Black Panther,” it added.

Chadwick died in his home, surrounded by his wife and family.

“The family thanks you for your love and prayers, and asks that you continue to respect their privacy during the difficult time,” read the statement.

Boseman became the first black superhero to get his own standalone film in the record-breaking Marvel franchise with 2018’s Black Panther.

The movie, set in the fictional African kingdom of Wakanda, was adored by critics and audiences, becoming the first comic book film to be nominated for best picture at the Oscars and grossing over $1 billion worldwide.

Earlier in his career, Boseman played black icons Jackie Robinson in 42 and James Brown in Get on Up.

He recently appeared in Spike Lee’s Da 5 Bloods and was set to appear in a sequel to Black Panther due in 2022. – With a report from Agence France-Presse/Rappler.com