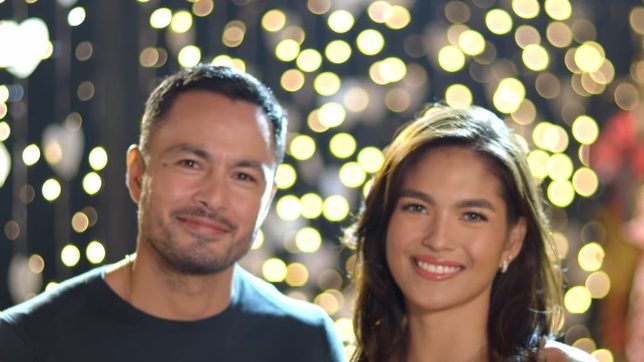 BREAKUP. Derek Ramsay confirms he and actress Andrea Torres are no longer together.

Facebook Twitter Copy URL
Copied
Derek says nobody is to blame. 'Maybe two people are just not meant to be,' the actor says.

Derek Ramsay confirmed that he and GMA actress Andrea Torres have split up after being together for a year.

On Instagram Thursday, November 19, Derek responded to a follower who said that there might be something wrong with Andrea. The commenter compared Derek and Andrea’s relationship to the one he had with his ex-girlfriend, Joanne Villablanca.

Derek responded, saying no one was to blame.

“Please don’t point the finger at anyone. There is nothing wrong with Andrea. She is a great woman,” the actor wrote.

He also emphasized there was no third party to blame for the breakup.

Reports of the breakup circulated after online users noticed that the two removed photos of them together from their respective social media feeds. The breakup also surprised their fans, since they were featured as one of the couples in their network GMA’s newest Christmas station ID.

Derek and Andrea worked together on the show The Better Woman. The two confirmed their relationship in September 2019.

Derek had told Pep that they already connected with each other when they shot GMA’s 2019 summer station ID.

“We just connected, we were just talking about being actors, we did not see that we had a connection, and then something formed,” Derek said in a mix of English and Filipino.

The two had also been vocal in previous interviews that they were ready to take their relationship to the next level. They even have a YouTube channel together.

Andrea has yet to speak up about the breakup. – Rappler.com