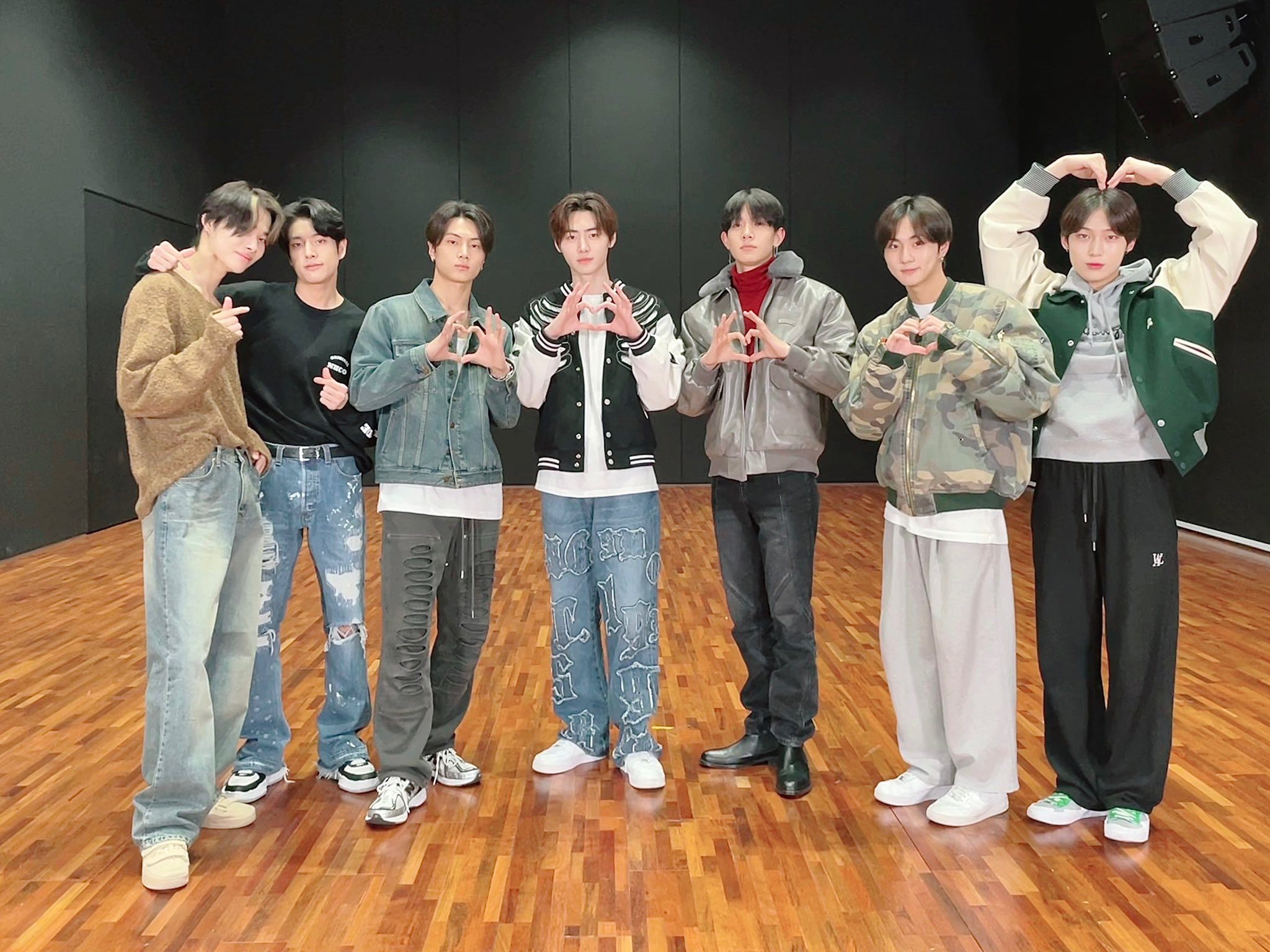 Facebook Twitter Copy URL
Copied
'We can already feel so much energy from you guys. I'm looking forward to seeing you again,' says ENHYPEN's Jake.

According to K-pop boy group ENHYPEN, their name means “to come together to connect, discover, and grow together.” And just two years into their career, there’s already no denying they have a growing fan base in the Philippines.

“I’m so glad to see our Filipino fans for the first time. It’s such a cool experience,” member Jake said during a press conference on their first visit to the country on Saturday, December 3.

The seven-piece group made their debut in November 2020 – amid the COVID-19 pandemic – and had limited opportunities to meet their fans during the start of their career. Now that they’ve embarked on their global tour, the members are more than eager to bond with their supporters.

“The best part of being an artist is seeing and performing for all the fans. It’s something we cherish,” they said. “But we still hope to have more chances to meet our Filipino ENGENEs in 2023.”

The group has been dubbed as one of the rising acts among K-pop’s 4th generation. They said this motivates them to continue growing as artists:

“As an artist, we can’t just stay the same…. What we want to do is to explore new sounds and styles. We continuously try other genres. We keep exploring so that our fans will discover new sides of ourselves.… We always look for opportunities to try new genres that we can show to our fans,” they said. 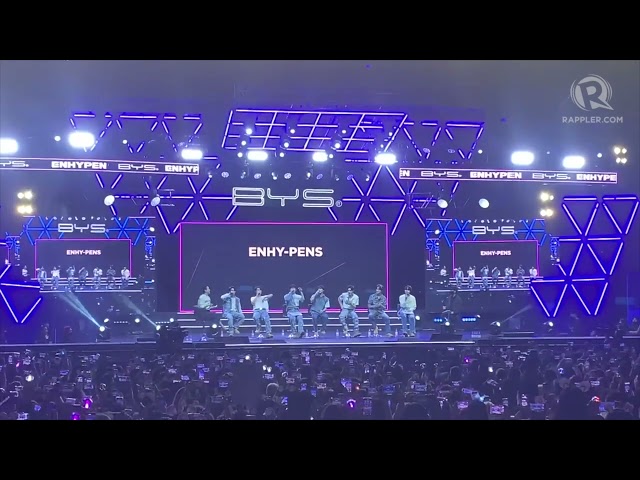 The group, which recently celebrated their second debut anniversary, also looked back on how they were formed, citing it as the foundation of their dynamic. The seven members of ENHYPEN were chosen after a series of challenges on the reality audition series i-LAND.

“Since we are from a reality show…[the members] are different in various ways. Our attraction points are also all different. The way we sing, do choreographies…. But when we go onstage, we are together. We make one unit. That is our biggest thing – we always get together as a group,” leader Jungwon said.

Member Sunghoon, meanwhile, noted how much they’d grown since their debut: “One of the things we developed is the skills, music-wise.… The tour developed us a lot. We are getting more handsome and good-looking as time goes by, too.”

During the fan meeting, the ENHYPEN members were able to interact with a lot of their Filipino supporters by participating in several games, learning Filipino words, greeting members Sunghoon and Niki a happy birthday, and even singing a bit of their viral track “Polaroid Love.”

The members also watched a fan-made video prepared by their Filipino ENGENEs. “I’m very sorry that I didn’t notice the Filipinos’ love until I watched the video,” Sunghoon said. Jay added that he’s “speechless” by the support from their fans: “You guys are awesome, Manila.”

Filipino ENGENEs also prepared a fan-made video for ENHYPEN. After watching, Sunghoon said: “I’m very sorry that I didn’t notice the Filipinos’ love until I watched the video.” #ENHYPENinMANILA | via @ysa_abad pic.twitter.com/lsnijQJ4vC

“We are coming back next year for a concert. But today, we can already feel so much energy from you guys. I’m looking forward to seeing you again,” Jake said.

After their fan meeting in Manila, ENHYPEN is set to hold a two-night concert on February 4 and 5, 2023 at the Mall of Asia Arena. – Rappler.com