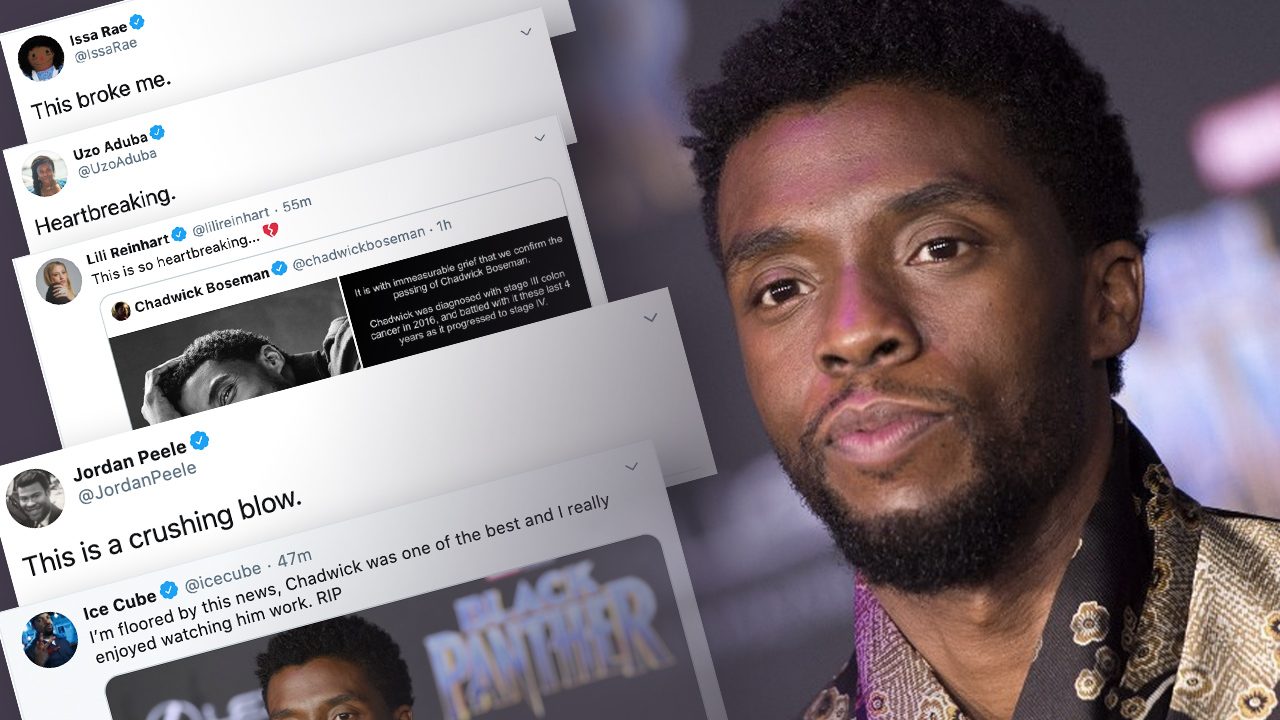 Facebook Twitter Copy URL
Copied
Friends and colleagues remember the actor, thanking him for sharing his talent to the world

The death of actor Chadwick Boseman sent shockwaves across the world when it was announced on Saturday, August 29, Philippine time.

The actor, known for playing King T’Challa in the groundbreaking Marvel film Black Panther, succumbed to cancer at age 43 after being diagnosed in 2016.

Following his death, many of his friends and followers in the entertainment industry took to social media to mourn the loss of a man that they remembered as a true gentleman, and an incredble talent.

Black Panther co-star Sterling K Brown was at a loss for words, but said “Thank you for all you did while you were here. Thank you for being a friend. You are loved. You will be missed.”

Us director Jordan Peele could only say, “This is a crushing blow.”

Media mogul Oprah Winfrey noted how he continued to work on movies in between surgeries and chemotherapy, saying “The courage, the strength, the Power it takes to do that. This is what Dignity looks like.”

Oscar Award winner Halle Berry said “Here’s to an incredible man with immeasurable talent, who leaned into life regardless of his personal battles.”

Lord of the Rings star Sean Astin tweeted: “Chadwick’s King will reign forever in the hearts of everyone who experienced one of the most important American films ever made.”

Dwayne “The Rock” Johnson said, “Thank you for shining your light and sharing your talent with the world.”

Orange is the New Black star Uzo Aduba only tweeted one word, a sentiment echoed by many: “Heartbreaking.”

Singer and actress Mandy Moore said the news of his death was “simply unfathomable, unimaginable.”

“Rest in Power,” she tweeted.

Rapper Ice Cube described Chadwick as “one of the best.”

“This broke me,” said Insecure actress and creator Issa Rae.

SNL cast member Taran Killam got emotional as he pleaded: “Please no. Please no! I F@CKING HATE YOU 2020”

Singer Tinashe tweeted: “Life is so short and unpredictable. You gotta live every day like it your last.”

She then shared a quote from Boseman: “Purpose is the essential element of you. It is the reason you are on the planet at this particular time in history. Your very existence is wrapped up in the things you are here to fulfill.”