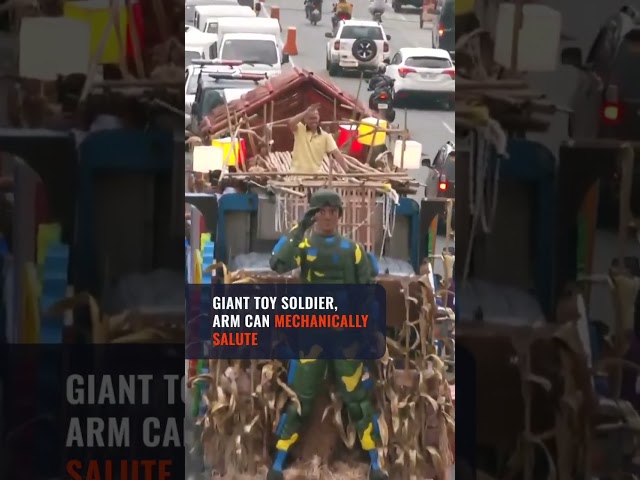 Facebook Twitter Copy URL
Copied
The Parade of Stars is back! Check out our photos of this year's creative floats and favorite artistas!

MANILA, Philippines – The Metro Manila Film Festival (MMFF) Parade of Stars has made a comeback this year, with the 2022 edition happening in Quezon City on Wednesday, December 21.

The yearly MMFF tradition is a parade of floats inspired by the films competing in the festival that year. The stars of each film usually ride each float, giving onlookers a chance to see their favorite actors and actresses in person.

The Metro Manila Development Authority (MMDA) released the parade’s route in a Facebook post on Thursday, November 24. According to their announcement, the parade will traverse 7.36 kilometers, with an estimated total travel time of 2 hours and 30 minutes.

The parade kicks off at the Welcome Rotonda on Quezon Avenue, and end at the Quezon Memorial Circle. MMDA traffic enforcers will be assisting with crowd control along the parade route.

MMFF 2022 will run from December 25 to January 7, with the awards night set for December 27 at the New Frontier Theater in Quezon City.