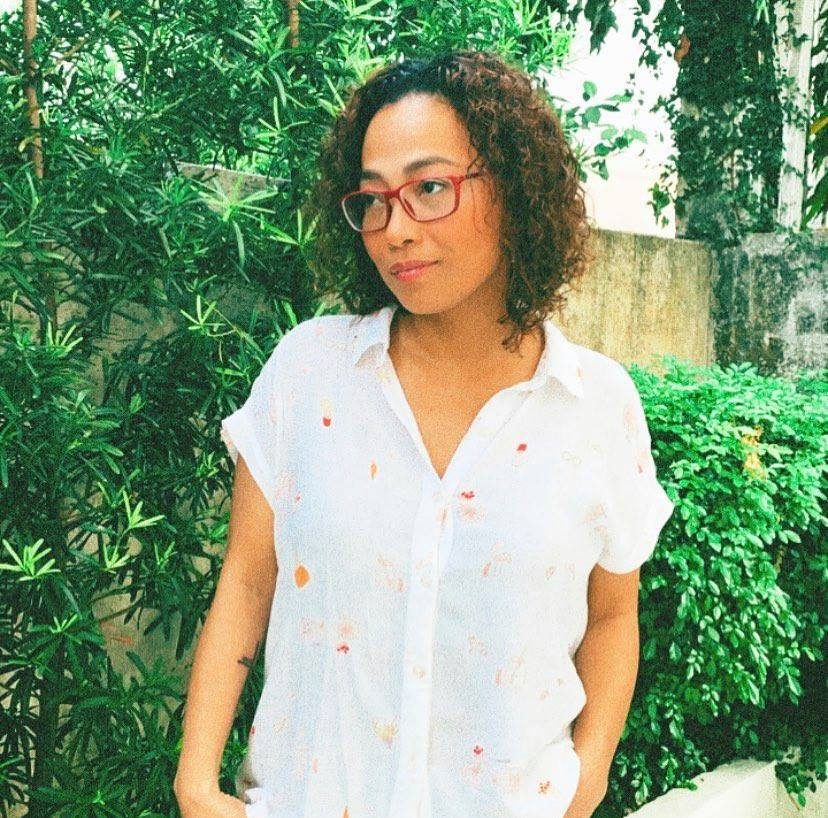 NEW JOURNEY. OPM singer Jaya moves to the USA with her family on July 2021.

Jaya left the Philippines on Friday, July 9 with her two children to relocate to the United States.

On Instagram, the 51-year-old singer tearfully thanked all her friends, fans and workmates while she and her children were at the airport. “I’m just saying goodbye to everyone right now… I just wanna say thank you and basta, balik na lang ako kapag open na lahat (I’ll just come back when everything is open again),” she said in the video.

In a separate post, Jaya also shared her excitement in seeing her husband Gary and son Gavin, who both moved to the US earlier this year. “Let’s do this! Now, it’s time to see my dear husband [Gary Gotidoc] and son [Gavin Gotidoc] and start this new journey God has planned all along,” she wrote.

She added, “By the way, I just want to say thank you to all of you who sent me sweet messages on Facebook, Messenger, Instagram, Twitter, Text and Viber messages, have me and the kids hugs, prayers, basta lahat po ng mga sinasabi niyo ay nakakataba ng puso (everything you said warms my heart) and I will always be grateful.”

Singer-songwriter Ogie Alcasid also posted a screenshot of him and wife Regine Velasquez saying goodbye to their good friend Jaya. “Too many memories of joy, laughter, tears, and of course, music. I trust the Lord that this is just for now as he has blessed us with a friendship filled with so much love and respect,” he wrote.

Last week, July 3, Jaya also bid farewell to her It’s Showtime family where she was one of the resident “Tawag ng Tanghalan” hurados (judges), saying she was honored to work with them.

“Noong lumipat ako sa ABS-CBN, kayo ang tumanggap sa akin (When I moved to ABS-CBN, you were the one who accepted me). I am going to leave with a heavy heart, but I am happy, and I have the honor and privilege to work with very excellent hosts that truly accepted and loved me. I love you with all my heart,” she said.

Jaya first revealed her plans of moving to the US in March 2021. According to a report by PEP, the decision came after their family faced several hardships in the past year.

(I just felt like I was only focusing on one thing and didn’t realize that I was already feeling sad, scared, and depressed. I started to lose weight. I didn’t anticipate that I was not eating properly anymore.)

“There was a bit of panic in my head, and the only thing that saved me at that time… because we go to church online. So, talagang nakikinig kami ng service (we really listened to the service). It started to boil up this different kind of faith na wala kang iba talagang kakapitan. Wala. Wala kang ibang pupuntahan, wala kang ibang gagawin (there’s no one else to hold on to. You don’t have to approach anyone else, you don’t need to do anything else), just be still. There is only God, be quiet and pray. Leave it to Him, and that’s what exactly happened,” she added.

Jaya revealed that they also sold their properties in Tarlac before they moved abroad.

“Things happened and things start to arise when your faith rises. That’s the reason why I’m going to the States because I think He’s telling me talaga to go there, don’t worry about it,” she added.

On Sunday, July 11, Jaya said they arrived safely in the United States and her whole family is already reunited. “Mahirap ang pinagdaanan namin but we focused on Jesus to get us through. Ikukwento ko unti unti ang mga ganap but for now, my heart is full of joy and gratitude,” she wrote in the caption.

(We went through a tough time but we focused on Jesus to get us through. I’ll tell you more about it, but for now, my heart is full of joy and gratitude.)

Jaya is known in the Philippine as the “Queen of Soul.” Her hits include “Hanggang Dito Na Lang,” “Wala Na Bang Pag-Ibig,” and “Kasalanan Ko Ba.” – Rappler.com