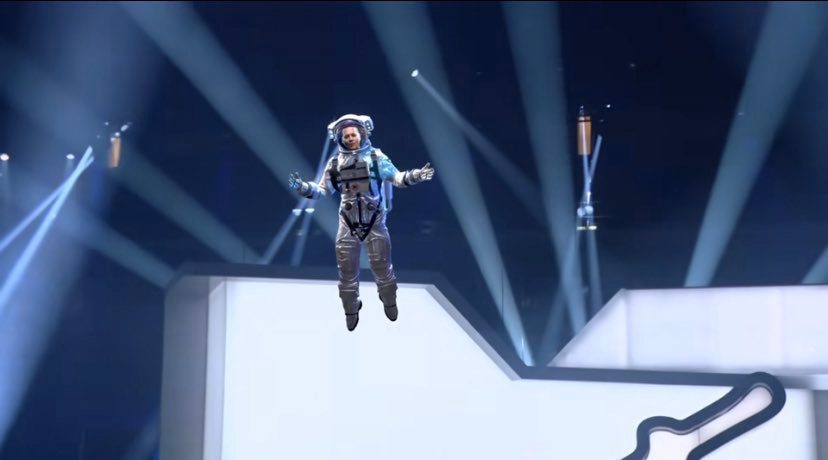 Facebook Twitter Copy URL
Copied
Depp's face was digitally imposed inside the helmet of a space man, the inspiration for the VMAs Moon Person statue

Actor Johnny Depp, who is trying to rebuild his career after an ugly defamation fight with his ex-wife Amber Heard, appeared as a floating astronaut hovering above the crowd at MTV’s Video Music Awards on Sunday, August 28.

Depp’s face was digitally imposed inside the helmet of a space man, the inspiration for the VMAs Moon Person statue, and he delivered brief jokes throughout the live ceremony.

“I needed the work,” the Pirates of the Caribbean star joked at the start of the show.

Later in the ceremony, Depp said he was available for “birthdays, bar mitzvahs, bat mitzvahs, weddings, wakes, any old thing you need.”

In June, Depp won a near-total victory in his legal battle with Heard, who had accused him of physical abuse. Depp denied hitting her or any other woman

Two years earlier, Depp lost a libel suit in Britain against the Sun tabloid, which called him a “wife beater.” A London High Court judge ruled that Depp had repeatedly assaulted Heard. He was soon dropped from Harry Potter spinoff franchise Fantastic Beasts and largely shunned by Hollywood.

Since his US court victory, Depp has performed music on tour with Jeff Beck and is set to direct Modigliani, a biographical drama about Italian artist Amedeo Modigliani.