MANILA, Philippines – The Filipino drag scene, which has been gaining more attention recently, found an ardent supporter in none other than veteran actress Maricel Soriano! 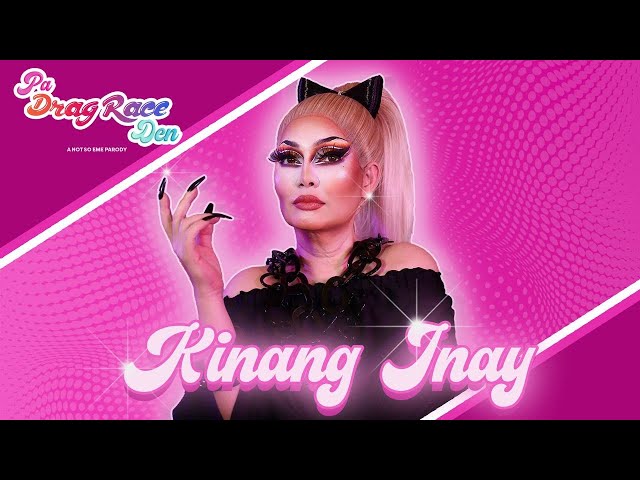 Maricel sought the help of Drag Den Philippines contestant Shewarma to do her drag makeup – complete from getting her brows blocked with a glue stick to sporting dramatic eyeliner – for her alter ego: Kinang Inay.

Donning a black off-shoulder top, Kinang Inay completed her look with black dangling earrings and a blonde wig tied in a high ponytail with a black velvet bow.

Kinang Inay battled it out with Drag Race Philippines contestant Xilhouete in a “Pic Pak Vogue” photoshoot and a lip sync battle that featured Maricel’s iconic lines in series and movies to compete for the title of “Ultimate Pinay Drag Mother.”

The two revealed that they have been friends for quite a time, after meeting back in 2005 through the ABS-CBN series Vietnam Rose. “Kung hindi niyo alam, matagal ko na talagang nanay si Inay [Maricel]. And I am so happy na naging nanay ko siya,” Xilhouete said. (To those who don’t know, Inay [Maricel] has been my mom for a long time already. And I’m so happy that she became my mom.)

The battle between Kinang Inay and Xilhouette ended with a double shantay, but Xilhouete decided to give up her title for Kinang Inay. However, Kinang Inay was also prepared to lose, saying that she’d already brought the lipstick for writing her farewell message.

(Wild! Nine hours of shoot in drag. But I’m very happy to have done this with Xilhouete, whom I consider as a daughter.)

The drag queen also expressed how happy she was to have Maricel, or Inay Maria, as her chosen mother. “I might not have experienced the real love of a mother. But God blessed me with so much more,” Xilhouete said.

Xilhouete was included in the Top 4 of the recently concluded Drag Race Philippines season 1, where Precious Paula Nicole won. Meanwhile, Drag Race Den is slated for a December premiere. – Rappler.com