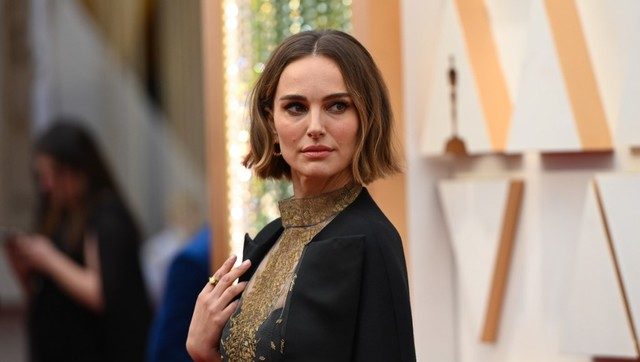 US-Israeli actress Natalie Portman arrives for the 92nd Oscars at the Dolby Theatre in Hollywood, California on February 9, 2020. (Photo by Robyn Beck / AFP)

“A majority woman-founded group” led by Portman “has secured the exclusive right to bring a professional women’s soccer team to Los Angeles to kick off in Spring 2022,” the National Women’s Soccer League said.

The team’s formal name is yet to be announced, but “the group has formally coined itself ‘Angel City’ in honor of its planned home in Los Angeles,” the statement said.

It would become the 11th team in the NWSL. Currently, there are 9 teams in the league, but one other team – the Louisville FC – is set to rejoin the league in 2021.

“Today we take an exciting step by announcing the first women majority-owned and led ownership group,” said Portman, who won an Oscar in 2011 for her role in Black Swan.

“Sports are such a joyful way to bring people together, and this has the power to make tangible change for female athletes both in our community and in the professional sphere,” she said.

Portman, who has been active in causes such as the “Time’s Up” movement against sexual abuse in the entertainment industry, said that the franchise hopes “to make a substantive impact on our community, committing to extending access to sports for young people in Los Angeles.”

The NWSL, which had its inaugural season in 2013, was the first US professional sports league to restart activities amid the novel coronavirus pandemic.

The league’s Challenge Cup tournament has been held since June 27, with teams playing in two stadiums in the state of Utah without spectators and without some of its biggest stars, including Megan Rapinoe.

The tournament’s final game is scheduled for Sunday.

The United States is a powerhouse of women’s soccer and the current world champions. – Rappler.com