SEXIEST MAN ALIVE. Paul Rudd is on the cover of People Magazine's 'Sexiest Man' issue for 2021. 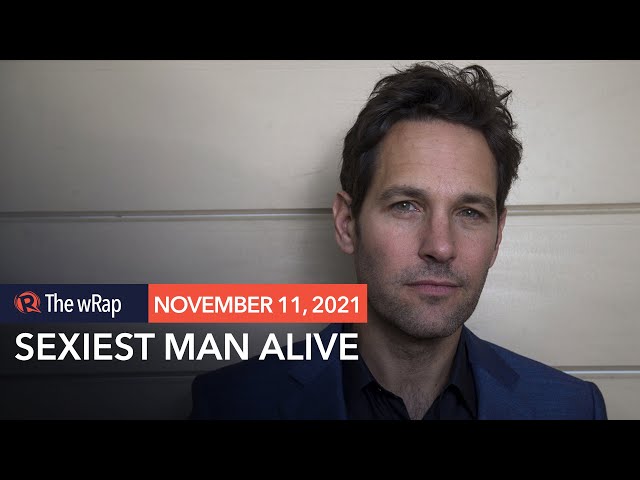 Rudd, 52, whose career stretches back 30 years, seemed taken aback at the honor, as was his wife.

“I do have an awareness, enough to know that when people hear that I’d be picked for this, they would say, ‘What?'” he told People in a cover story.

“She was stupefied,” he said, describing the reaction of Julie, his wife of 18 years. “After some giggling and shock, she said, ‘Oh, they got it right.’ And that was very sweet.”

Rudd played the kind boyfriend of Lisa Kudrow’s wacky Phoebe on TV comedy Friends and later took larger roles in comedies like Knocked Up. He later joined the Marvel superhero franchise, starring as Ant-Man in 2015.

Rudd, who has two children, will next appear in Ghostbusters: Afterlife and in the TV series The Shrink Next Door.

Actor Michael B. Jordan was last year’s pick as sexiest man alive, following John Legend and Idris Elba in 2019 and 2018.

Rudd joked that he expected his life to change radically after getting the annual title.

“I’m hoping now that I’ll finally be invited to some of those sexy dinners with Clooney and Pitt and B Jordan,” he told People. “And I figure I’ll be on a lot more yachts.”

The special double issue of People, which includes profiles of dozens of other celebrities ranging from Succession star Nicholas Braun to comedian Pete Davidson, hits US newsstands on Friday, November 11. – Rappler.com