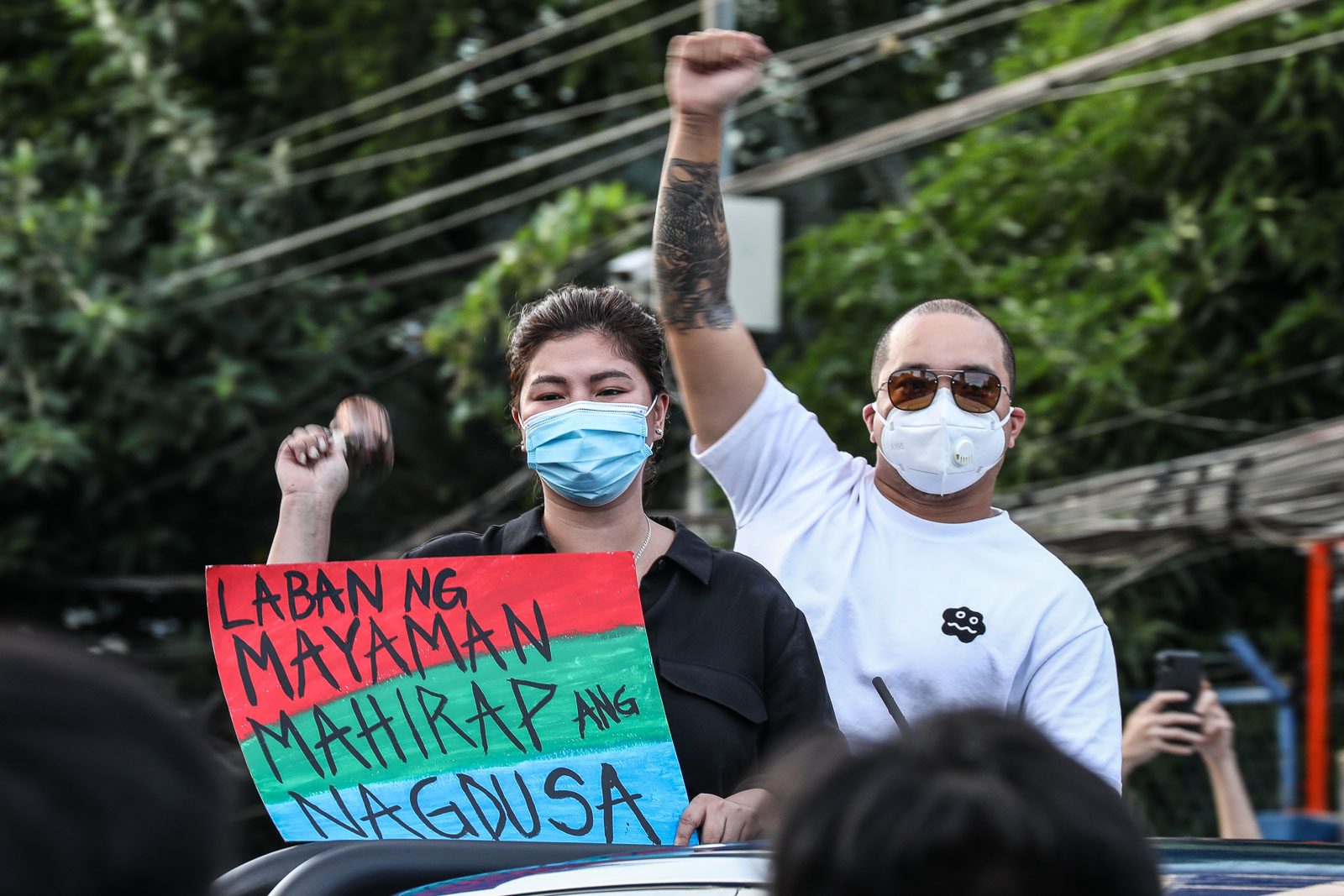 Enraged supporters and employees of shuttered media network ABS-CBN – including its biggest stars – took to the streets on Saturday, July 18, just over a week after the House of Representatives rejected its franchise renewal application, and days after the company announced a major retrenchment affecting more than 11,000 workers.

They held a noise barrage and a motorcade that passed through several cities before ending up at the ABS-CBN compound in Quezon City.

Actress and activist Angel Locsin was among the protesters. She was joined by her fiance, Neil Arce.

An enraged Angel called out her fellow artists who have yet to speak out on the ABS-CBN shutdown.

Actress Angel Locsin calls on fellow celebrities to speak up, not to be afraid. Here’s an excerpt of her speech today. | via @beacupin pic.twitter.com/TjZaK1pjVc

Kathryn Bernardo and Daniel Padilla, two of the network’s biggest stars, held up signs that said: “Walang iwanan (No one will be left behind),” and “Hanggang sa buwan #kapitkapamilya (To the moon)”. The hashtag roughly translates to “Hang on, family.”

Not a few had a feeling of déjà vu. In 1972, the late strongman Ferdinand Marcos ordered the closure of ABS-CBN and other media outlets after declaring martial law.

ABS-CBN was forced off the air on May 5, when the National Telecommunications Commission (NTC) ordered the network to shut down their free television and radio operations after their franchise expired on May 4.

The House committee on legislative franchises denied the network’s application for franchise renewal on July 10. With the network operating on limited capacity, they were forced to implement a retrenchment program, which they announced on July 15.

The retrenchment takes effect on August 31, leaving many of the network’s long-time employees and workers jobless. Among them are ABS-CBN’s most high-profile names such as veteran journalists Ces Drilon and Korina Sanchez.

Entire departments were also cut – including the network’s sports arm and its film restoration project. – Rappler.com