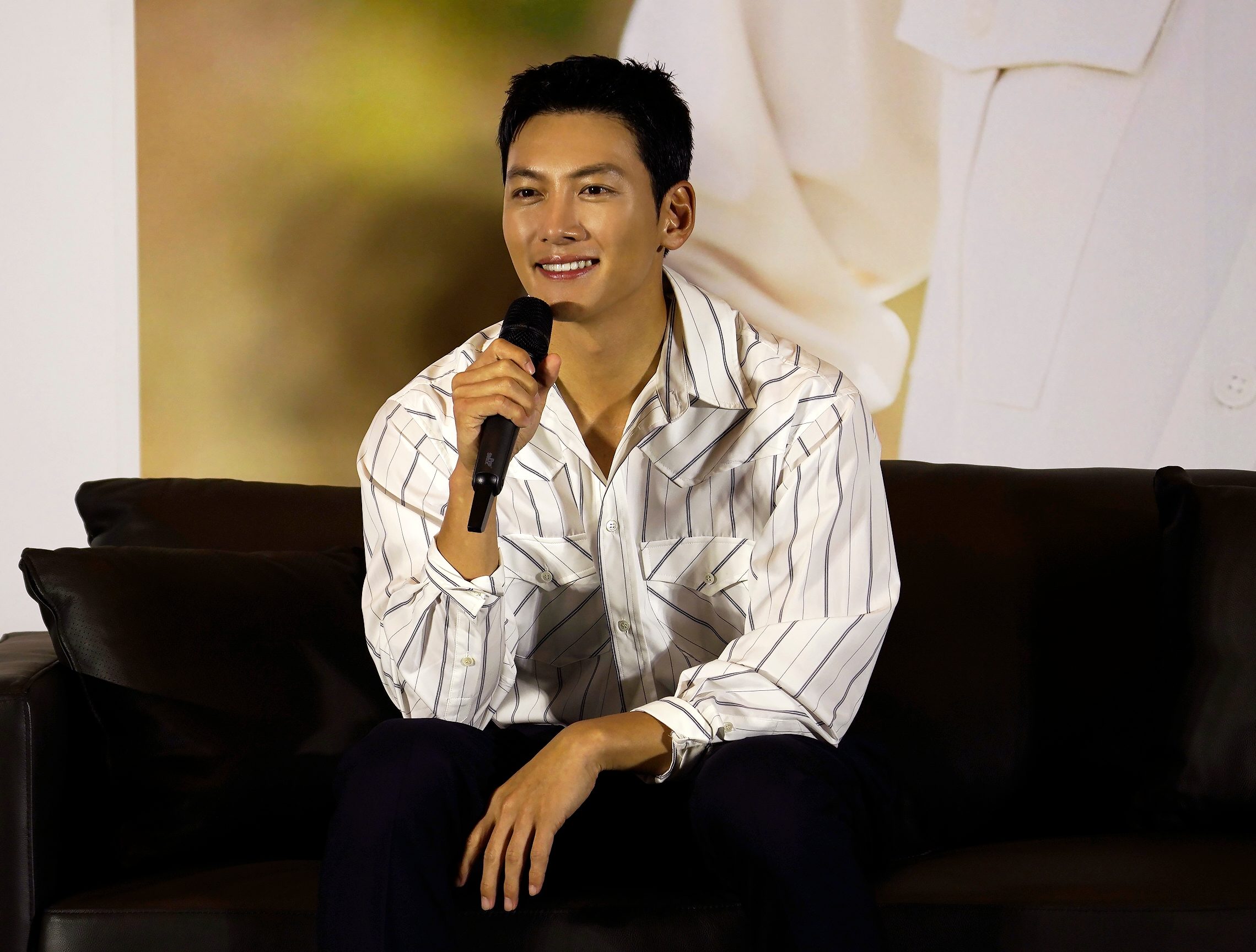 MANILA, Philippines – Ahead of his first fan meeting in Manila on Sunday, November 6, South Korean actor Ji Chang-wook held a press conference to share his excitement over finally seeing his Filipino fans.

“This is actually my first visit to the Philippines. I am enjoying my time here,” he told members of the press on Saturday, November 5, through an interpreter. “I’m feeling very happy that I was welcomed by a lot of fans when I arrived.”

The Sound of Magic star was initially set to hold a fan meeting in the Philippines in 2020, but it got canceled due to the COVID-19 pandemic. The two-year halt, he said, was the reason for his Reach You tour, as he’s eager to connect with his supporters again.

“It’s been a while since I communicated with my fans. So I decided to have a theme, ‘Reach You,’ for this fan meeting so I can meet my fans. Since it’s been a long time, I want this meeting to be the point where I can reach people after we’ve been far away from each other,” he said.

Chang-wook then teased what fans can expect from his upcoming show: “I will be talking about my personal life, the dramas and series I have worked on. I’ll be singing some songs, too. I want to have a fun time with my fans.”

Aside from fan meetings, the actor, who’s also an ambassador for clothing giant Bench, also has a series of activities in the Philippines. “I had a walk last night in the Greenbelt area, having coffee, just taking a walk. I’ve gone to a Bench store and in their cafeteria, I tried the halo-halo and sisig, and liked it so much,” he shared.

In terms of working with Bench, the actor has nothing but good words for the brand. “Actually, Bench was the first company that I worked with in the Philippines, and [they were] very hospitable and accommodating. They treated me like family, where I could work in a very comfortable environment. I was able to work in a very chill setting so I enjoyed working with them,” he said.

After his Manila show, the actor will head to Indonesia and Japan for his next fan meetings. “I’m very thankful that although I’m only an actor who has an acting job in Korea, I still have different fans all over the world. The fact that I have fans in different countries drives me to work harder as I want to try various activities or other events in different countries,” he said.

As to his future projects, Chang-wook said that he wants to try different genres. “I want to show different aspects of myself so I can always show a new dimension to the viewers. I want to have more fun and do new things,” he said.

Ji Chang-wook, 35, is known for his roles in shows such as Empress Ki, Healer, The K2, Suspicious Partner, Lovestruck in the City, and The Sound of Magic. – Rappler.com