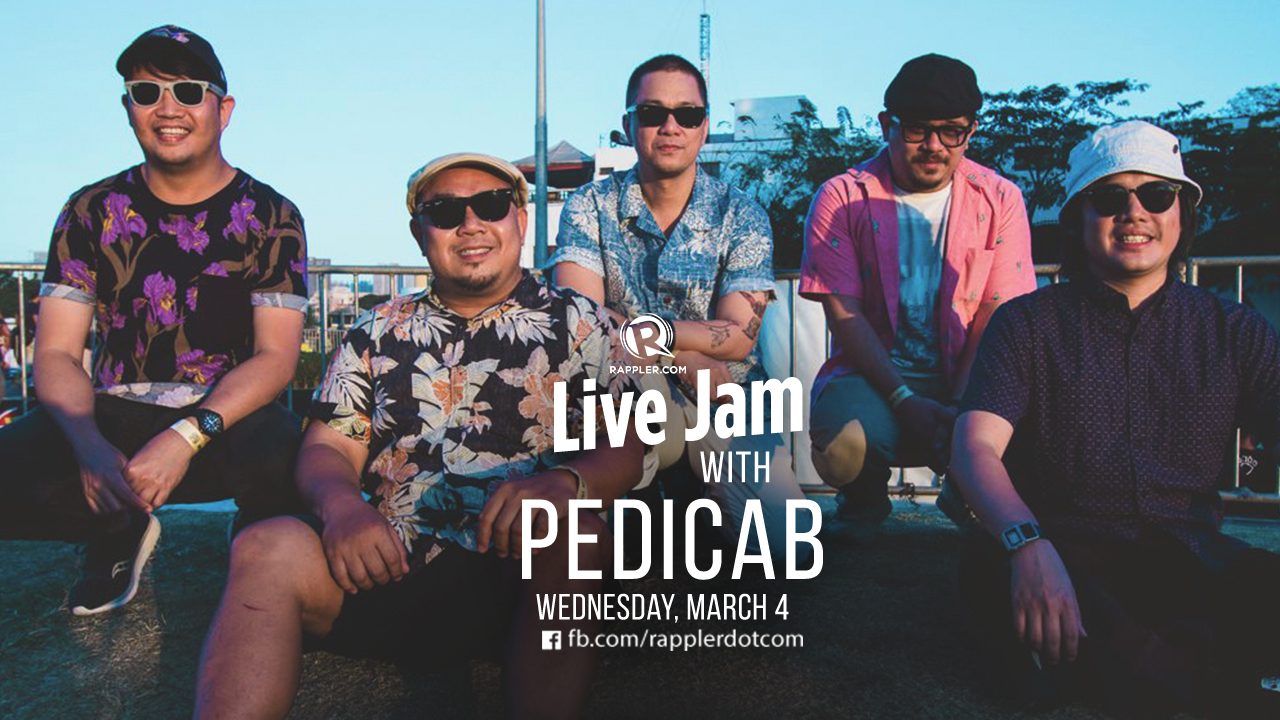 MANILA, Philippines – Over 15 years ago Raymund Marasigan, Diego Mapa, Jason Caballa, RA Rivera, and Mike Dizon came together, wanting to bring a different kind of music to the scene.

Their band Pedicab, then released their 10-track debut album Tugish Takish in 2005, giving Filipino listeners punk music they can dance to – with songs like “Dizzy Boy,” “Dito Tayo Sa Dilim,” and “Sagot Kita” making their mark on the audience.

Fast forward to today – Tugish Takish is turning 15 years old – and the band is celebrating by doing a special set on The Rest Is Noise’s 5th anniversary show on April 4.

Catch the band as they perform a sample of their 15th anniversary set on Rappler Live Jam on Wednesday, March 4! Head to facebook.com/rapplerdotcom or bookmark this page. – Rappler.com