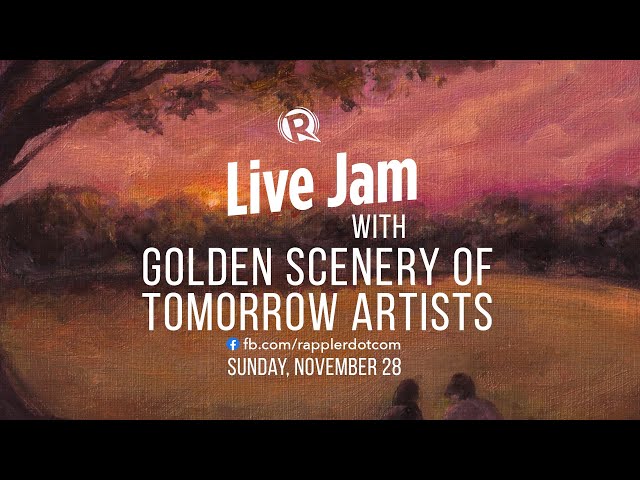 The artists of the Golden Scenery of Tomorrow album are performing on Rappler Live Jam!

Golden Scenery of Tomorrow is a serial Wattpad novel under Gwy Saludes’ hit University Series. It tells the story of two childhood best friends, Avianna and Larkin, who come to a crossroads in their relationship as Larkin finds fame.

To accompany the story, Gwy, along with songwriters Marc Alfaro, Gilyan Saludes, Martin Riggs, and Gabo Gatdula came up with tracks to match the novel’s narrative. Each track was released one by one, as new chapters of the story were published.

As the novel was completed, the songs were compiled into an eight-track album, which includes a new prologue and epilogue written by Gwy and Marc. The album, produced by Martin, allows fans of the novel to relive the story through music.

Catch Gwy and the Golden Scenery of Tomorrow artists as they talk about the making of the album on Rappler Live Jam on Sunday, November 28. Bookmark this page or head over to fb.com/rapplerdotcom! – Rappler.com