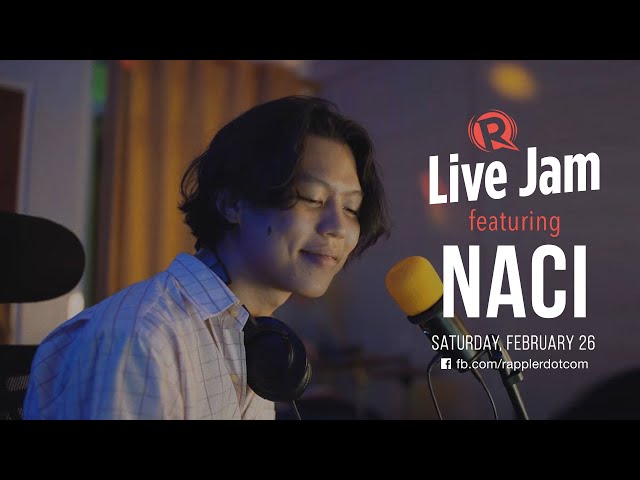 The multi-instrumentalist started making music at a young age, joining the batch band when he was in school.

He fell in love with jazz while frequenting a jazz bar, where he watched much older musicians play. The genre would then influence his music later on.

NACI released two singles in 2020, “The Prelude” and “Complicated.”

These were followed by his latest single “Hardin,” which was first aired on RX 93.1 in January.

Catch NACI as he brings his music to the virtual Live Jam stage on Saturday, February 26, at 8 pm. He’s performing “Hardin” and “Complicated,” as well as an unreleased track “Sampaguita” first on Rappler.

Tune in by bookmarking this page or heading over to fb.com/rapplerdotcom. – Rappler.com