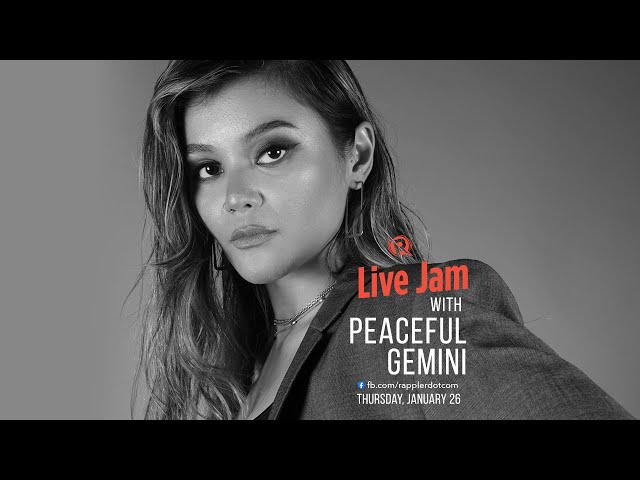 The Filipina rapper and songwriter whose real name is Nicole started doing music as an art school student. She later became part of the alternative hip-hop group Assembly Generals, before striking out on her own as Peaceful Gemini.

Her debut EP Middle of NowHere was released in 2018, containing songs like “Inner G,” “Cloud 9,” and “Thoughts Overflow.” Later, she released her hit singles “Warrior Princess” and “Mariposa.”

She released her four-track EP Leo Rising in November 2022, which includes tracks like “Moment to Breathe” and “Gising na Gising.”

Tune in to Rappler Live Jam on Thursday, January 26, as Nicole shares her new music and talks about her journey as an artist.