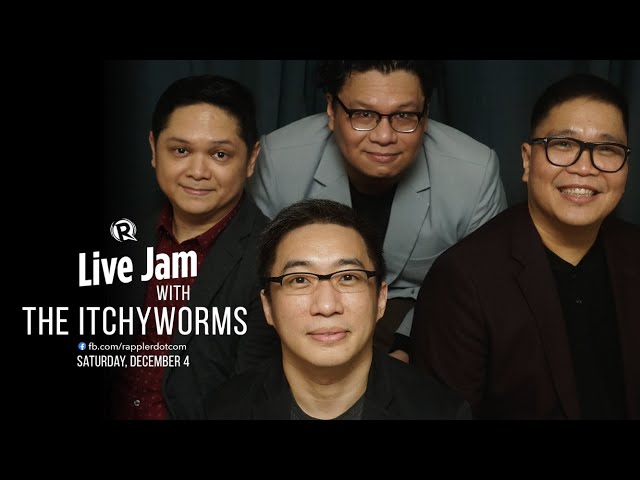 MANILA, Philippines – The Itchyworms are back on Rappler Live Jam!

The band has been celebrating their 25th anniversary throughout 2021, releasing several music videos, an album, a docuseries, and a podcast.

The Itchyworms also released their Christmas album, Christmas Starts When the Bers Begin, a yearly catchall for all their holiday music. So far, the album includes their two previous releases, “Have a Merry Christmas,” and “Maligayang Pasko,” with new additions set to drop soon.

Catch up with the band and enjoy their music as they perform on Rappler Live Jam! – Rappler.com