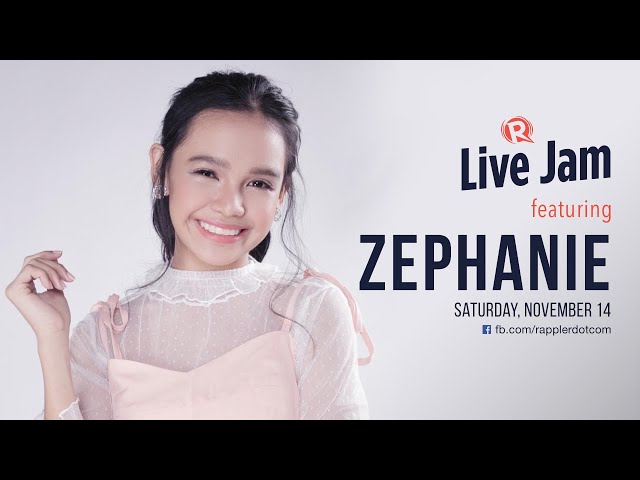 Facebook Twitter Copy URL
Copied
Catch the singer as she performs her newest songs on this live jam from home!

The singer from Biñan, Laguna, shot to fame when she won the first-ever season of Idol Philippines in 2019, and became a regular on the Sunday variety show ASAP Natin ‘To, before joining TV5’s Sunday Noontime Live! in October.

She has performed with some of the biggest names in OPM, including Ebe Dancel, and, at her first major solo concert in November 2019, with Sarah Geronimo, and Regine Velasquez.

Catch Zephanie as she performs her latest releases on Rappler Live Jam on Saturday, November 14. Bookmark this page or head over to fb.com/rapplerdotcom. – Rappler.com