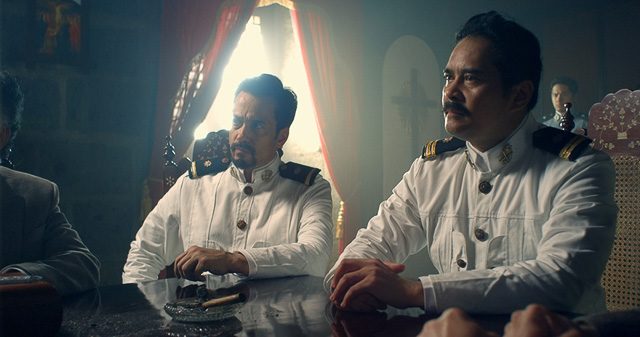 MANILA, Philippines – Heneral Luna is the Philippines’ official entry to the Best Foreign Language Film category of the 2016 Oscars.

We are happy to announce and share with everyone the good news: HENERAL LUNA has been selected as the Philippines' Offical Entry to the 2016 Oscars in the Best Foreign Language Film Category!

The movie, directed by Jerrold Tarog, follows the career and death of Antonio Luna, an important figure in the Philippine-American war and one of Philippine history’s most prominent figures. Luna is known as one of the most brillant military men in Philippine history, as well as for his quick temper and fierce demeanor. (READ: John Arcilla on bringing ‘Heneral Luna’ to life)

Heneral Luna has received rave reviews since it was released on September 9, praised for its willingness to examine the character more closely, looking at the hero (and those around him, too) as a man rather than as a legendary figure on a pedestal. Fans of the film have taken to social media to call for an extended run for the movie.

According to the release, the film will have a theatrical run in the United States in October/November 2015. – Rappler.com