MANILA, Philippines – Something amazing happens right after the Finding Dory credits roll. If you’re done wiping away your tears by then, and you’re patient enough to sit down and wait, you will be rewarded immensely. (READ: ‘Finding Dory’ review: Worth the memory trip)

Click on the orange button below to reveal what goes on in the Finding Dory post-credits scene:

While Finding Dory follows the forgetful blue tang Dory’s journey across the ocean to the Monterey Marine Life Institute in Morro Bay, California, there are several characters from the first film, Finding Nemo, who are nowhere to be seen for the most part of the film. (READ: 12 things to know about Pixar’s ‘Finding Dory,’ featuring life after ‘Finding Nemo’)

This is at least until the credits finish rolling, when you can get the chance to see the Tank Gang from Finding Nemo! Gill, Jacques, Deb, Peach, Bubbles, Gurgle, and Bloat made it all the way to California, albeit still inside plastic bags.

Sea lions Fluke and Rudder are peacefully resting on their rock outside the so-called fish hospital, until another of their kind, Gerald, tries to get on. They shoo him away (a running joke throughout the film), and as this happens, algae-covered plastic bags roll in, containing members of the Tank Gang. (READ: Movie reviews: What critics are saying about ‘Finding Dory’) 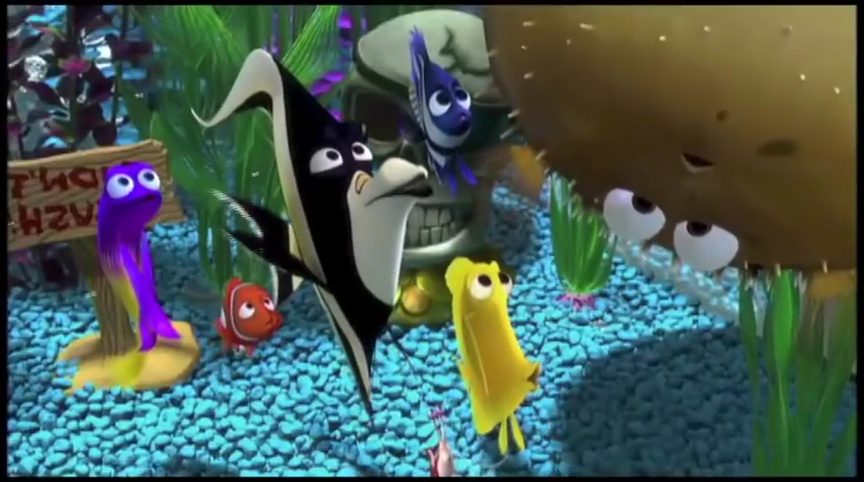 Previously, they escaped from P. Sherman’s dentist office, and now they’re picked up by employees of the institute – one of whom remarks about them being in bags: “No respect for ocean life.”

“Now what?” Bloat asks, as they probably get admitted into the fish hospital/institute.

Finding Dory is now out in cinemas. – Rappler.com