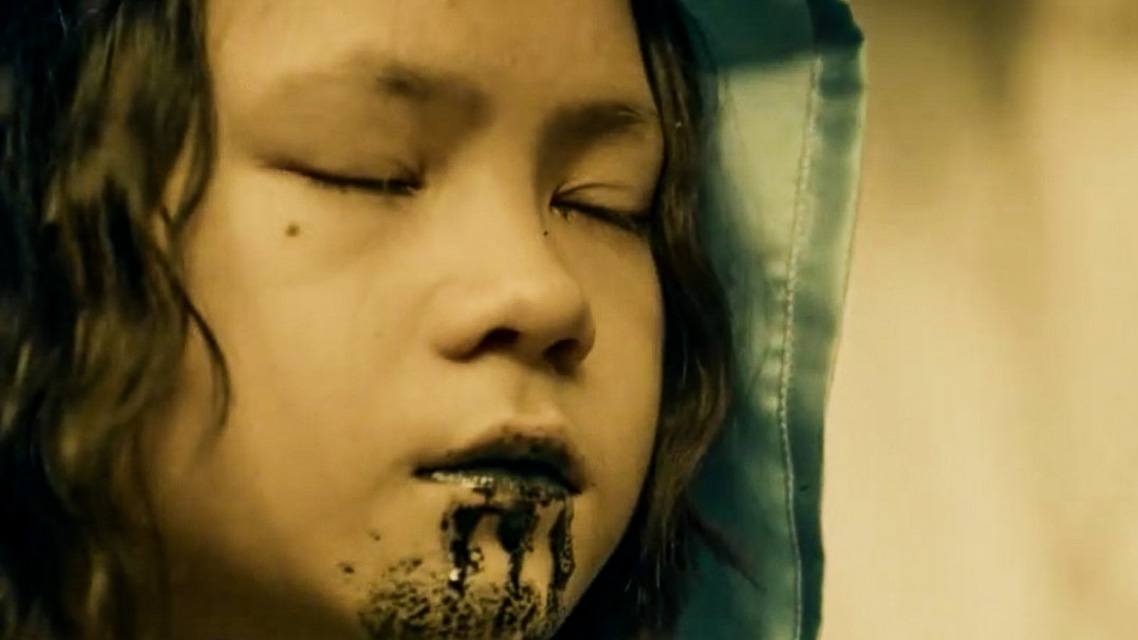 MANILA, Philippines – After his acclaimed film Honor Thy Father made waves at the 2015 Metro Manila Film Festival, Erik Matti is back this year with another entry – this time, a horror film filled with scary, mysteriously moving religious icons and a quiet, eerie house.

Tension seems to be the name of the game, with direk Matti skillfully weaving an unsettling feeling of unease lurking beneath the surface, as evident in the trailer.

In Seklusyon, set in 1947, 4 deacons enter a secluded holy fortress a week before they are ordained in order to avoid temptation from the devil.

The sepia-toned film features slow-moving religious statues creeping towards the deacons in their sleep, burgeoning sound effects to unsettle and alarm, and of course, good, old-fashioned great acting and pacing as the story unfolds.

Erik said at a December 5 press conference for the film, that he and Reality Entertainment co-founder Dondon Monteverde wanted a straight-up horror film for their next project in the genre.

Reality Entertainment’s recent The Aswang Chronicles films were horror comedies with a lot of action – a stark contrast to the slow, quiet fear Seklusyon invokes.

Their last “real” horror film was Pa-siyam (2004), said Erik, continuing, “If we go back to doing a horror film, sana yung totoo na horror (we were hoping it was real horror).”

Inspired by a true story 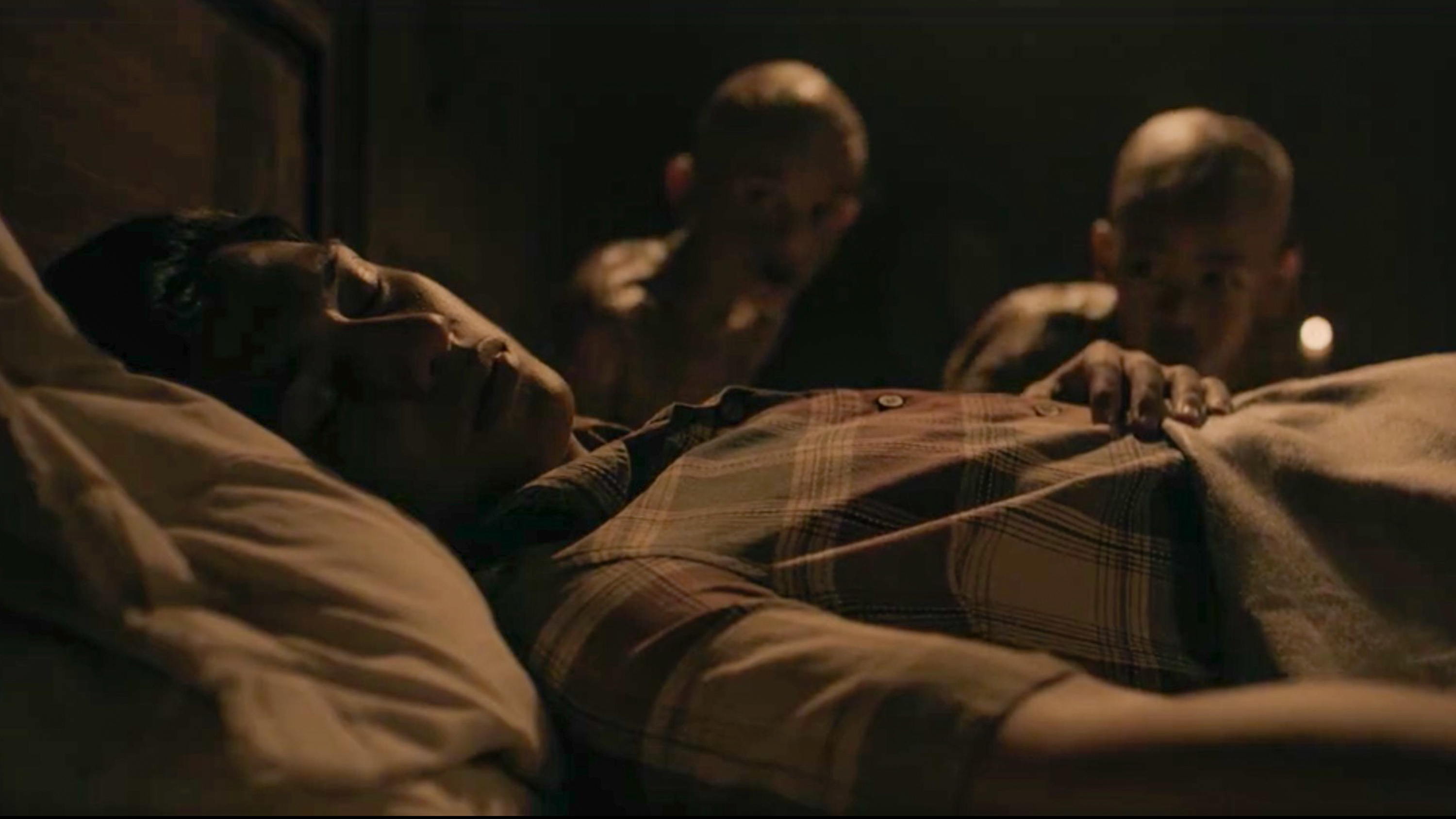 Seklusyon‘s script had been more than two years in the making because of changes in the plot, but it all started with a simple premise, inspired by a story from one of Erik’s editors.

This editor’s brother, who was set to be a priest, was told by the Church not to go out too much in the days leading up to his ordination because he would have a hard time fighting temptation.

“Evil could come in different forms, ‘di ba, hindi naman siya ‘yung evil na sungay lagi ‘yung kaharap mo (right, it’s not always the kind of evil with horns that you’re faced with),” Erik explained to reporters after a December 5 conference. “So that stuck with me. The idea that you could actually be swayed by the devil without knowing that the devil swayed you. 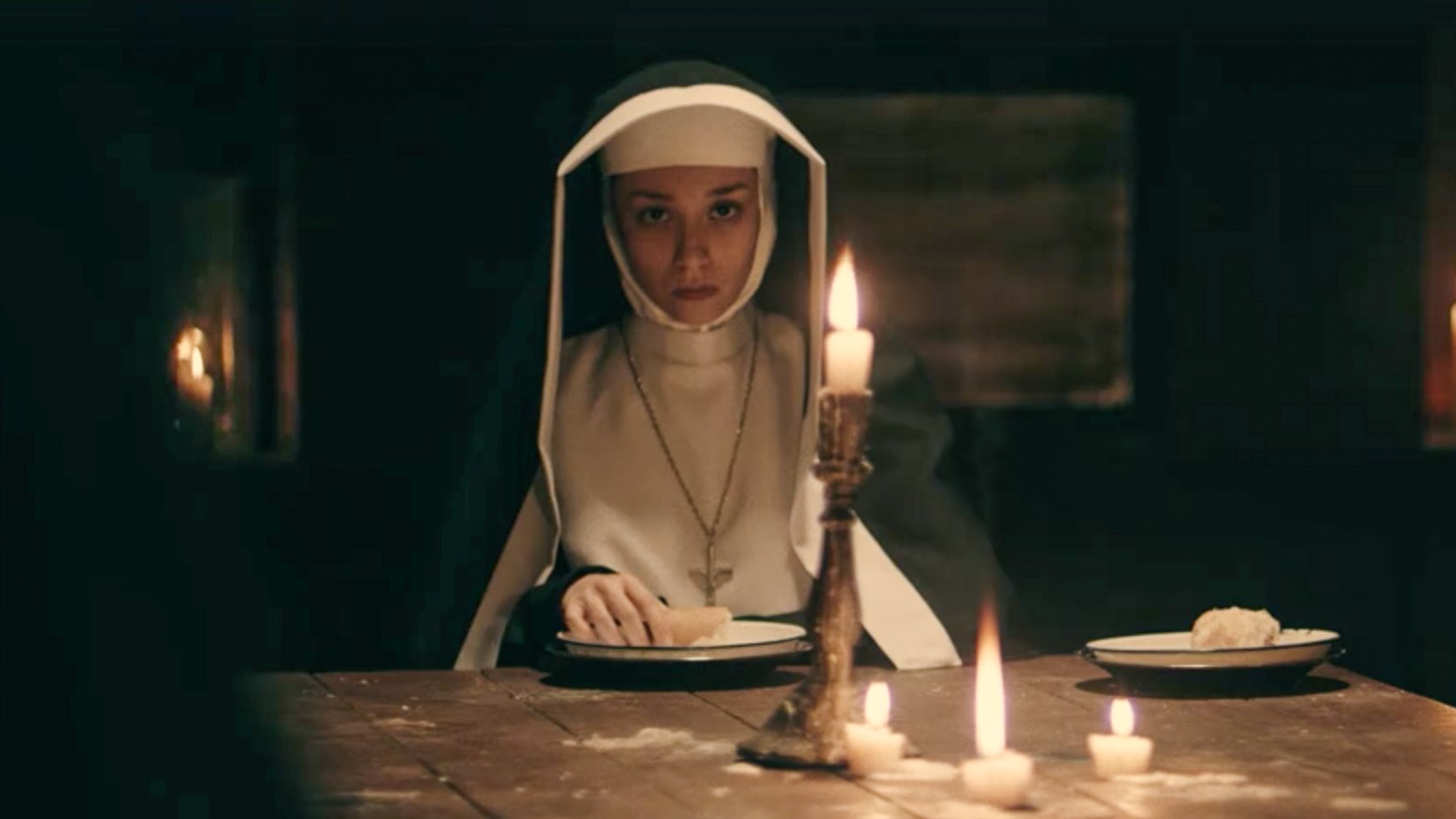 For Erik, Seklusyon is more of a story that he wanted to tell, rather than a religious stand he wanted to make, even though the film’s setting has to do with some religious elements.

(So I’m really a filmmaker, I’m not there to make a bold statement. Me, I like movies and it makes me happy when films give a good angle on life, not just religion.)

In a separate interview with reporters later, Erik said that like all his films, Seklusyon makes a strong statement, but that all the insights in the film are presented in a balanced way. 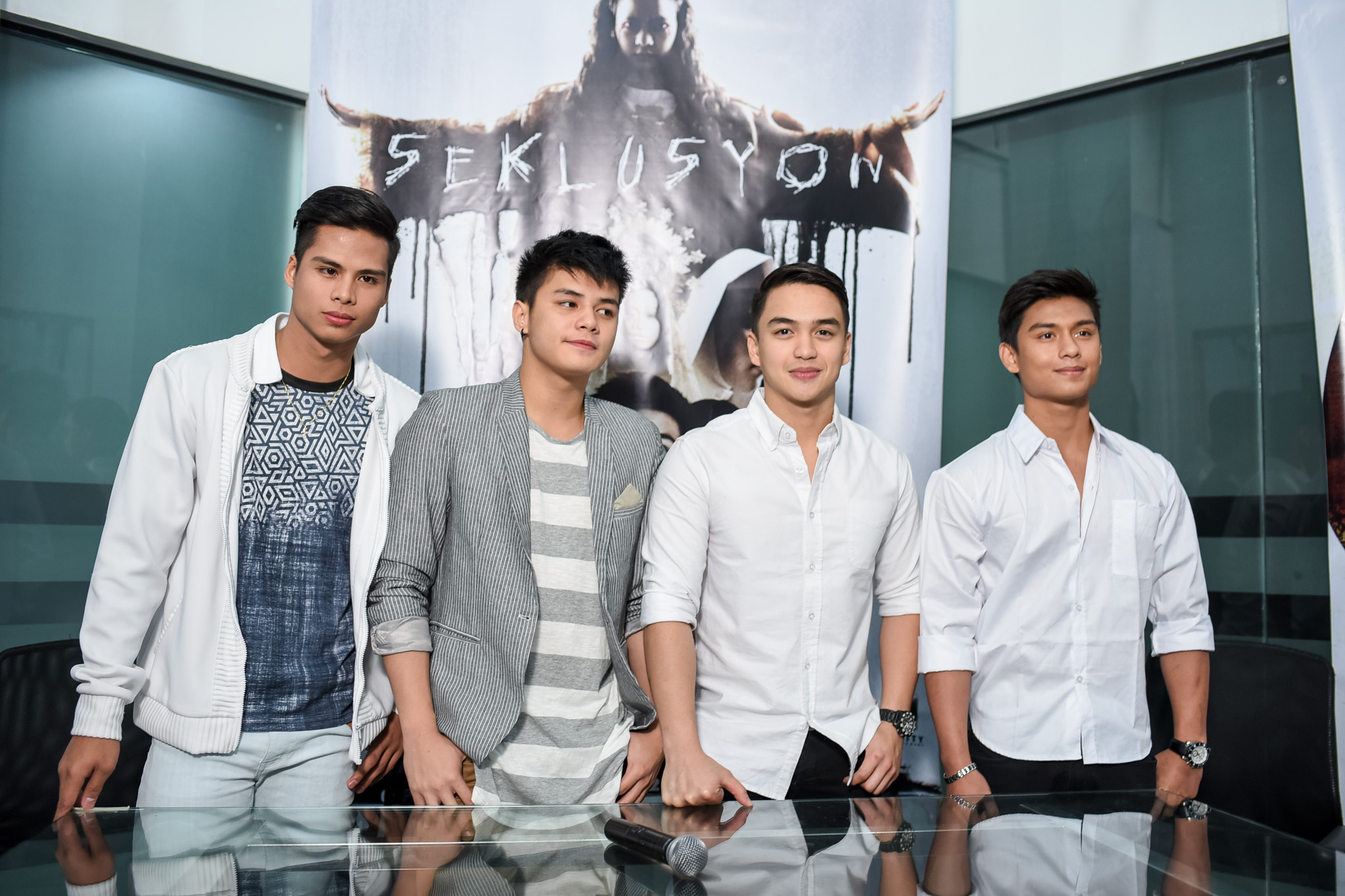 The decision was made not only to support young talent, but also because it adds to the horror element: “We really think that the more unknown he [the actor] is, the more the people can relate to the story, because the personality of the star doesn’t get in the way of the story,” said Erik on December 5.

The next Best Actress? 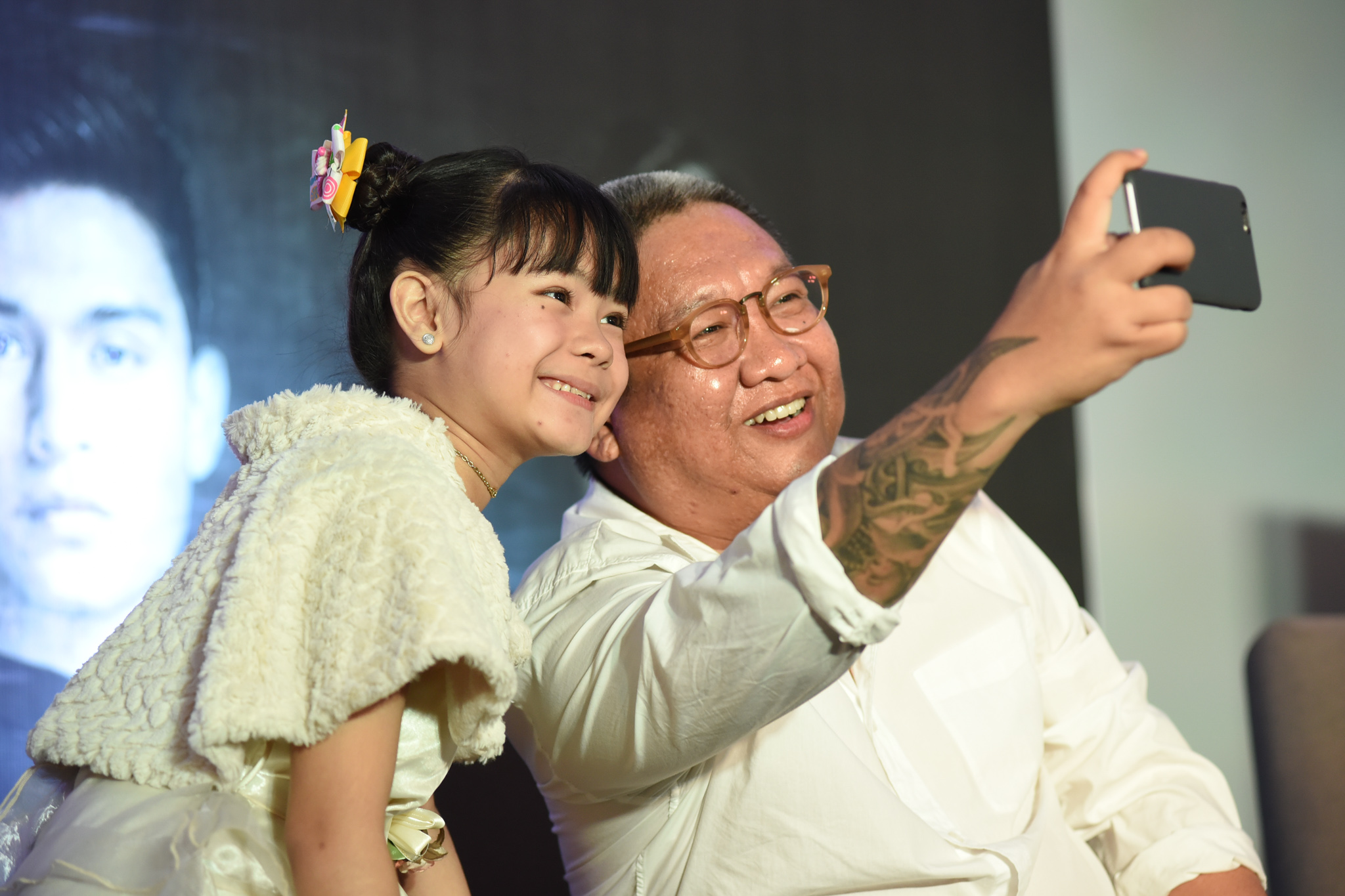 Seklusyon also stars a 9-year-old child actress, Rhed Bustamante, who Erik is hoping will win the Best Actress award at the film festival this year.

She was one of the last few of the 15 to 20 kids they auditioned, recalled Erik on December 16, and came highly recommended by his assistant director.

(Rhed’s biggest talent is really that you can mix and measure her acting. She can go high, she can go low. Which, for a young girl like her, that’s hard to estimate.)

“I really think – of course, there’s Nora Aunor and Eugene Domingo in the roster of films of the actresses, but Rhed is gonna give them a run for their money,” he added.

On the upcoming MMFF 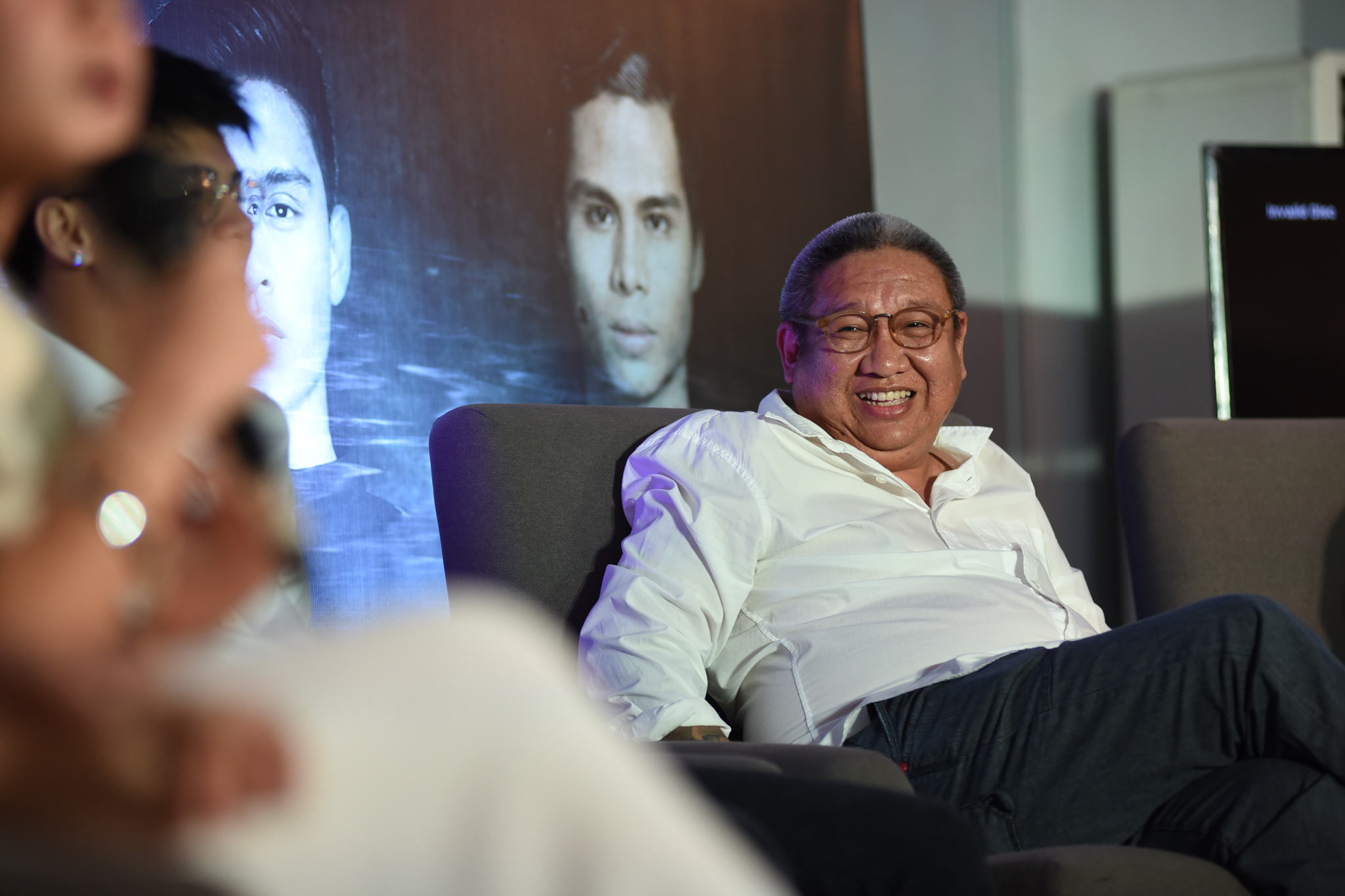 It was the controversy surrounding Honor Thy Father last year that sparked changes in the MMFF this year, including a new Executive Committee and submission rules.

Honor Thy Father was disqualified from the MMFF 2015 Best Picture category a day before the awards night, because of a technicality. The issue led to a House probe, and eventually to a 2016 film festival that is set to feature mostly independently produced movies, instead of the usual mainstream films.

On the new MMFF, Erik said on December 5 that he hoped audiences would give the festival a chance despite the favorites not making it.

“Because in all the years… na maraming sumali at hindi lahat nakakasali, lahat naman may respeto sa choice ng MMFF (Because in all the years… that a lot joined and didn’t make it, everyone respected the MMFF’s choice). This year, a different choice, a different selection was made. I just hope that everyone respects it also. Give it a chance ‘di ba (right)?”

Erik also told reporters after that press conference that he would still would have entered his movie to the MMFF this year after the 2015 issue. The MMFF’s Christmas Day opening would ensure that the film would have a bigger audience.

“As an artist, I may have other reasons not to join. But as a producer, of course I would join the Metro Manila Film Fest every year,” he said.