An MMFF 2016 rundown: Why you should watch all 8 entries 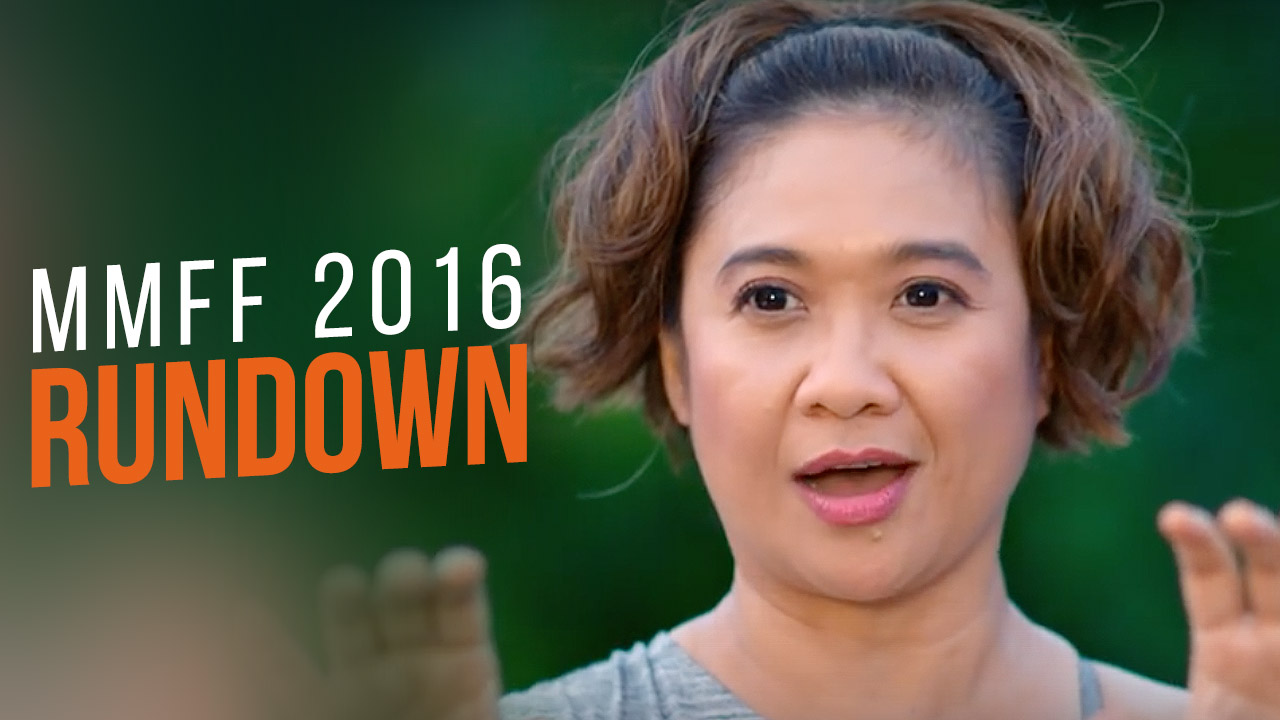 After last year’s issues that started with Erik Matti’s highly acclaimed Honor Thy Father being excluded from the top prize in the fest, the Metro Manila Film Festival underwent an extreme makeover topped by the absolute change in the process of selecting entries. (READ: Erik Matti defends indie films, MMFF 2016 lineup)

So instead of simply selecting from malleable movie concepts that rely solely on the peddled star power and some narrative, the selection committee will now judge finished films just to ensure that what the public will be consuming during the festival period are the best of the lot. The immediate result is that some of the festival’s staple showcases like the Vice Ganda and Vic Sotto starrers that offer mindless escapism are excluded to favor meatier content. (READ: MMFF 2016 revamped: 10 important changes to know)

The feature length films are also accompanied by shorts that have also been selected from hundreds of entries. The short films, which include new works by already established filmmakers like Rox Lee, Bor Ocampo, and Jarell Sarencio, are matched with a feature length film so it would be best to see all of the entries to be able to enjoy the entire shorts program.

And on to the eight feature length entries:

Why You Should Watch: By caricaturing cinematic trends, Ang Babae sa Septic Tank became that rare indie hit that was able to cross over to tickle more mainstream tastes. ([READ] MMFF 2016: ‘Ang Babae Sa Septic Tank 2’ tackles the making of a romcom)

It doesn’t hurt that Eugene Domingo, who gamely plays an uproarious parody of herself, is quite an entertaining presence. A lot has changed since Ang Babae sa Septic Tank was released. Philippine cinema has shifted its attention to love and heartaches, somewhat bridging the commercial intent of the movie industry and some of the personal and artistic motivations of artists, giving director Marlon Rivera and writer Chris Martinez a lot of material to cover. Ang Babae sa Septic Tank 2: #ForeverIsNotEnough should be a lot of fun.

Why You Should Watch: If Paolo Ballesteros’ Best Actor win at this year’s prestigious Tokyo International Film Festival isn’t enough to arouse interest in Jun Lana’s Die Beautiful, its intriguing storyline about a dying trans woman whose final wish is to be laid to rest as a beautiful woman should be of interest.

Lana has never been shy about portraying LGBT sentiments in all of his movies, whether they are made for commercial or artistic purposes. It is therefore reasonable to expect that Die Beautiful would endeavor to humanize those sentiments, turning the very specific plight of Ballesteros’ character to die beautiful into a springboard of relatable emotions that would unite us amidst obvious diversities. (READ: MMFF 2016: The connection between ‘Die Beautiful’ and Jennifer Laude)

Why You Should Watch: Real Florido and Arturo San Agustin’s Kabisera centers on a family whose peace is shattered by events that relate to very relevant issues. Hopefully, the film will dare to ask the right questions and put to the fore certain issues that require discussions, although the film’s script was actually made before 2016 – it was submitted for consideration to the MMFF 2015. (READ: MMFF 2016: ‘Kabisera,’ a layered and complex family drama)

Headlined by great actors like Nora Aunor and Ricky Davao, the film should at least be a showcase of riveting performances.

Why You Should Watch: Alvin Yapan had already been crafting stories allowing his creativity to run free, though in the context of important social issues. For example, his debut film Ang Panggagahasa Kay Fe, which centers on a battered wife who is being wooed by a supernatural being, works both as a chilling mood piece and a profound allegory. Oro, which stars Joem Bascon and Mercedes Cabral, promises to be the type of film whose immediate narrative is but a gateway for the many layers Yapan would utilize for his commentary on mining, on greed, on the evils humanity can be capable of. (READ: MMFF 2016: Based on true events, ‘Oro’ brings tough issues to light)

Why You Should Watch: There is no denying that Avid Liongoren’s Saving Sally is absolutely easy on the eyes. An exquisitely imagined film that took more than a decade to complete, the film mixes animated characters and live actors in a story that seems to champion the power of pure imagination. The film is gearing up to be an oddball romance, about a boy (Enzo Ramos) who insists on rescuing the girl of his dreams (Rhian Ramos) from her difficult situation and win her over. The film seems to be as cheeky and rowdy as it is visually sumptuous and romantic. (READ: [MMFF 2016] Saving ‘Saving Sally,’ 12 years in the making)

Why You Should Watch: In 2004 when the theaters were showing horror imports from Japan and Korea, Erik Matti made a horror film called Pa-Siyam. The film, which centers on siblings who are reunited inside their ancestral home by the sudden death of their mother, is a taut atmospheric ghost story that borrows a lot of its ideas from Catholic rituals and other local customs. Seklusyon seems to be crafted with the same sensibilities, and we’re excited to see a film as gripping as well as discomforting in the way it utilizes religion to raise the stakes.([READ] MMFF 2016: In Erik Matti’s ‘Seklusyon,’ terror comes for you – slowly)

Why You Should Watch: Baby Ruth Villarama’s Sunday Beauty Queen is the first documentary film to be selected as an entry to the Metro Manila Film Festival. The film is sure to erase gross misconceptions about documentaries being dull and static. Jazz in Love and Little Azkals prove that Villarama is a gifted storyteller. While limited by the 4 corners of the realities that her footage allows her, she nevertheless is able to thread narratives that have enough emotional heft to compete with fiction. Moreover, the subject matter of Sunday Beauty Queen is one that is indisputably Filipino, considering that the film centers on overseas workers who spend their days off competing in pageants. ([READ] MMFF 2016: 5 things to know about ‘Sunday Beauty Queen’)

Why You Should Watch: Theodore Boborol’s Vince & Kath & James is the lone Star Cinema product in the lineup. That means that the film must either be entertaining along with its commercial intentions or that there is something distinctly novel about the youth film that deserves merit. Jenny Ruth Almocera’s Vince and Kath, the book which the film is based on, is ingeniously told from series of text messages.

If Boborol, whose debut film Just the Way You Are is a conveniently conventional charmer, can shape a film that is as ingenious as its source material without being overly reliant on gimmicks, then the film may be quite an endearing surprise.