Dec 24, 2016 5:45 PM PHT
Alexa Villano
Facebook Twitter Copy URL
Copied
Director Alvin Yapan and the cast of the film talk about their experience doing a story based on killings in Camarines Sur 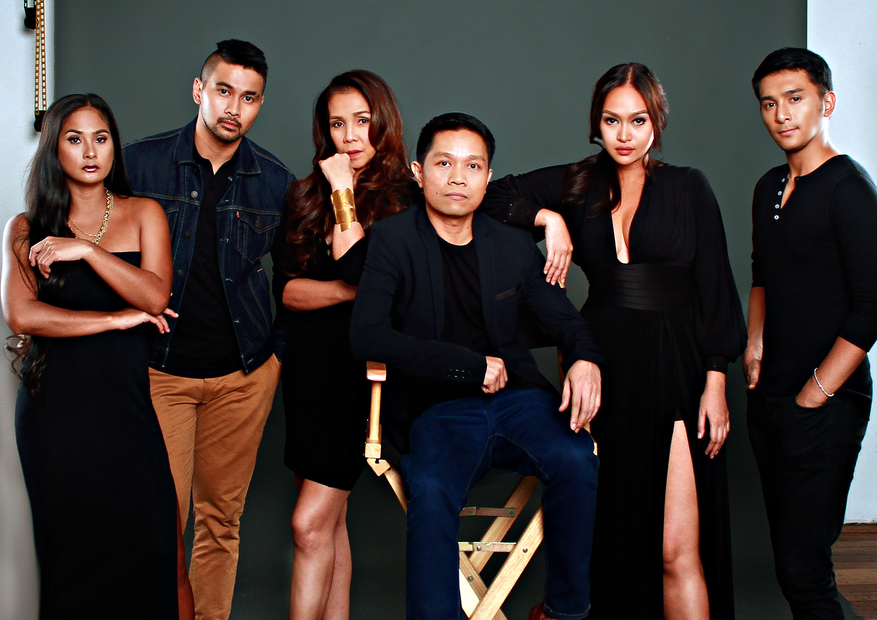 MANILA, Philippines – In 2014, 4 miners from Camarines Sur were killed in what is now known as the Gata 4 Massacre, raising questions about the perpetrators and their motivations. A March 2016 report from Bicol Today says that the suspects are “enjoying freedom as employees of Sagip Kalikasan Task Force (SKTF),” a group formed to stop illegal logging and mining activities, and which is connected to the provincial government.

Today, Alvin Yapan’s Metro Manila Film Festival 2016 entry, Oro, tells a story inspired by these events, and brings harsh issues and tough questions to light. Yapan’s Oro follows a gold mining community under the care of Kapitana (Irma Adlawan). Elmer is a miner (Joem Bascon) who is thinking of marrying his girlfriend Linda (Mercedes Cabral), but he doesn’t know she is pregnant.

The barangay is disturbed by a group of armed men pretending to be environmentalists and tensions erupt between the two camps, as one tries to fight for their livelihood while the other tries to take over operations.

And so the complex tale swirls with not with clear definitions of good and evil, but with a varied and textured mix of perspectives from the varied cast of characters, with each actor representing a stand and a unique point of view. The description on Oro’s Facebook page says it well: “When nature becomes an excuse for violence, everything that is gold turns into blood.”

Because the film is based on true events and political issues, the cast and crew hit a few bumps along the way. Here’s what the filmmakers and actors went through to make the movie come to life. 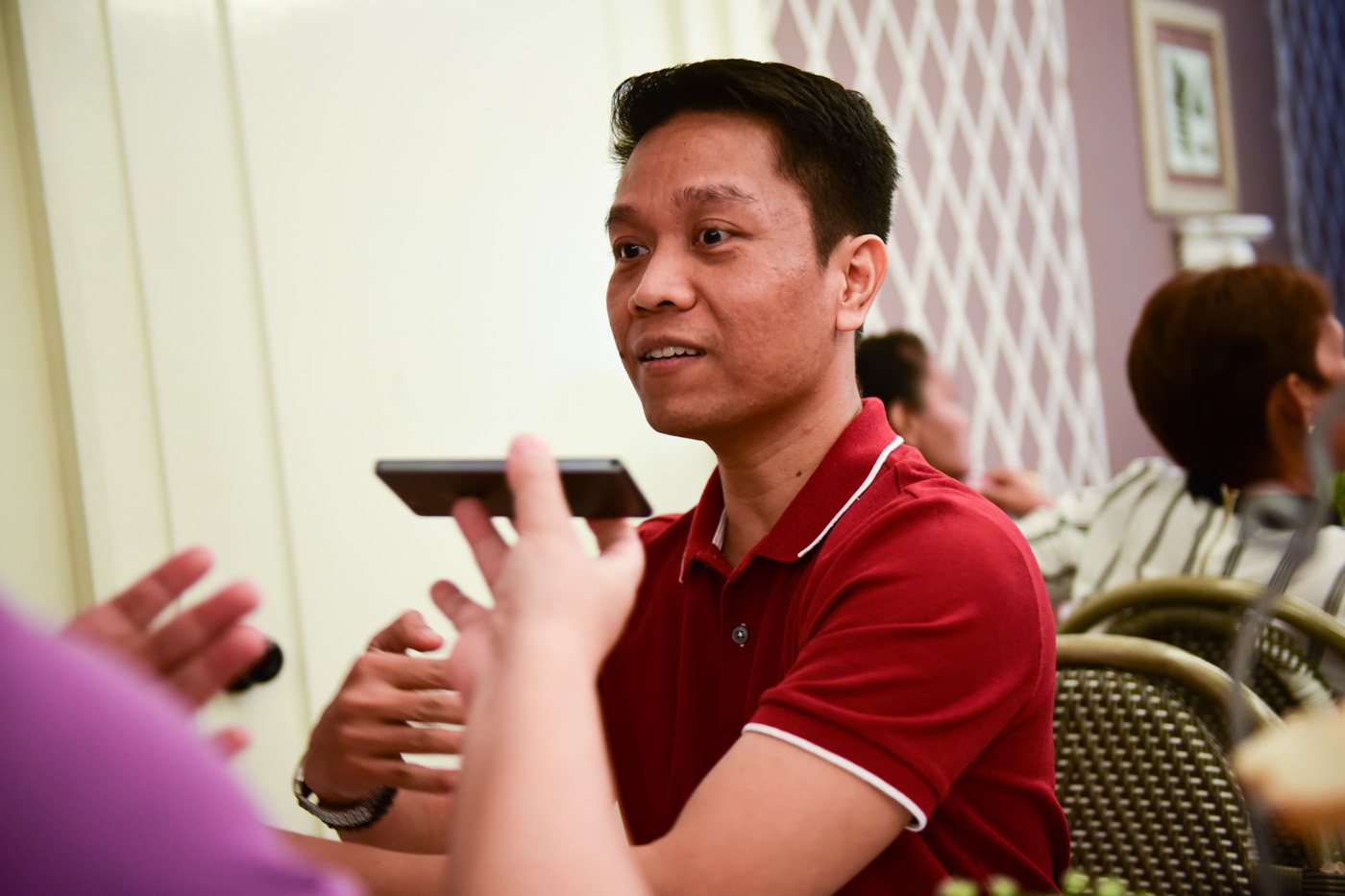 When director Alvin Yapan first got the offer to direct Oro, he said no – he didn’t want to get involved in politics, he said. In an interview with Rappler at the press conference for the film last December 17, Alvin recounted that after his initial no to producer and Camarines Sur Representative Wimpy Fuentebella, he was eventually convinced to do it.

Wimpy wanted to do the movie, said Alvin, because nobody spoke about the massacre when it happened years ago.

“I [initially] refused [to do the film]… ayoko mapolitika. Mahirap eh (I didn’t want anything to do with politics. It’s difficult). So I refused at first,” said Alvin. Later, he said that it was when Wimpy approached him at Ateneo de Manila University, where he teaches, that he was convinced.

Alvin agreed on the condition that he have full creative control over the production. He added: “I was assured that this was not propaganda, this is not a smear campaign on the characters in the movie.”

Director Alvin said in order to be sensitive to the case and the victims’s families, a significant part of the movie was fictionalized. 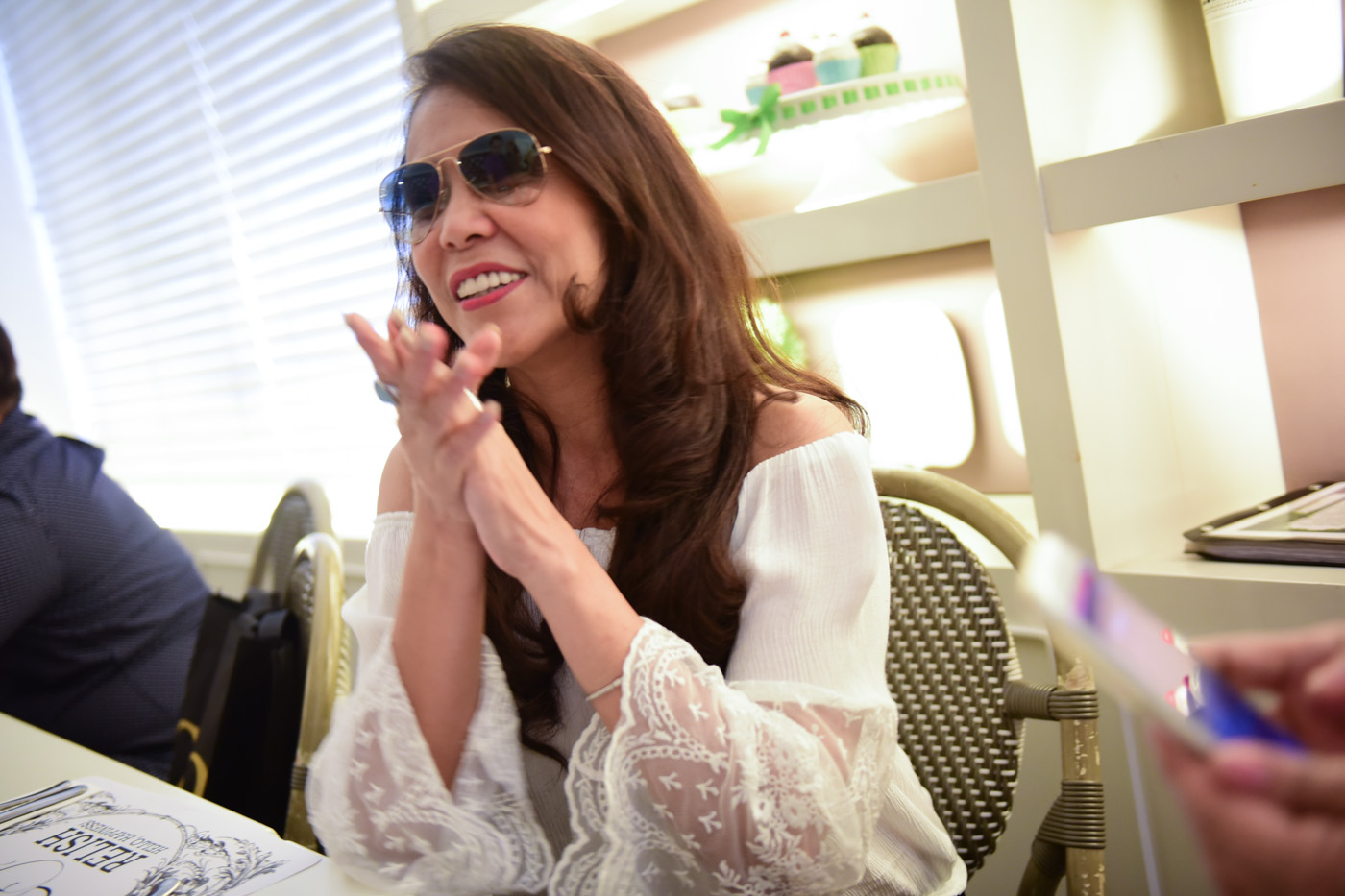 (This is very fresh, that’s why the usual roles we do are way way back before it happened, and you’ll just reminisce it. But this time around, we can do something. This movie can do something for the people of Gata.)

For Irma, their film getting into the MMFF 2016 lineup is “providential,” given its themes and recent political events.

“Ang laking coverage dito. Ang laki, so this is really a big event for us as in most of the time, and ito, all-out support ang media because it’s a film fest. And you have a film fest committee na talagang i-baback-up lahat ng pelikula.“

(This is a big coverage. This is big, so this is really a big event for us as in most of the time, and the media has all-out support for it because it’s a film fest. And you have film fest committee who will really back up all the films in the festival.)

3. The movie was filmed at the barangay where the massacre happened, and they had to source extras from there. 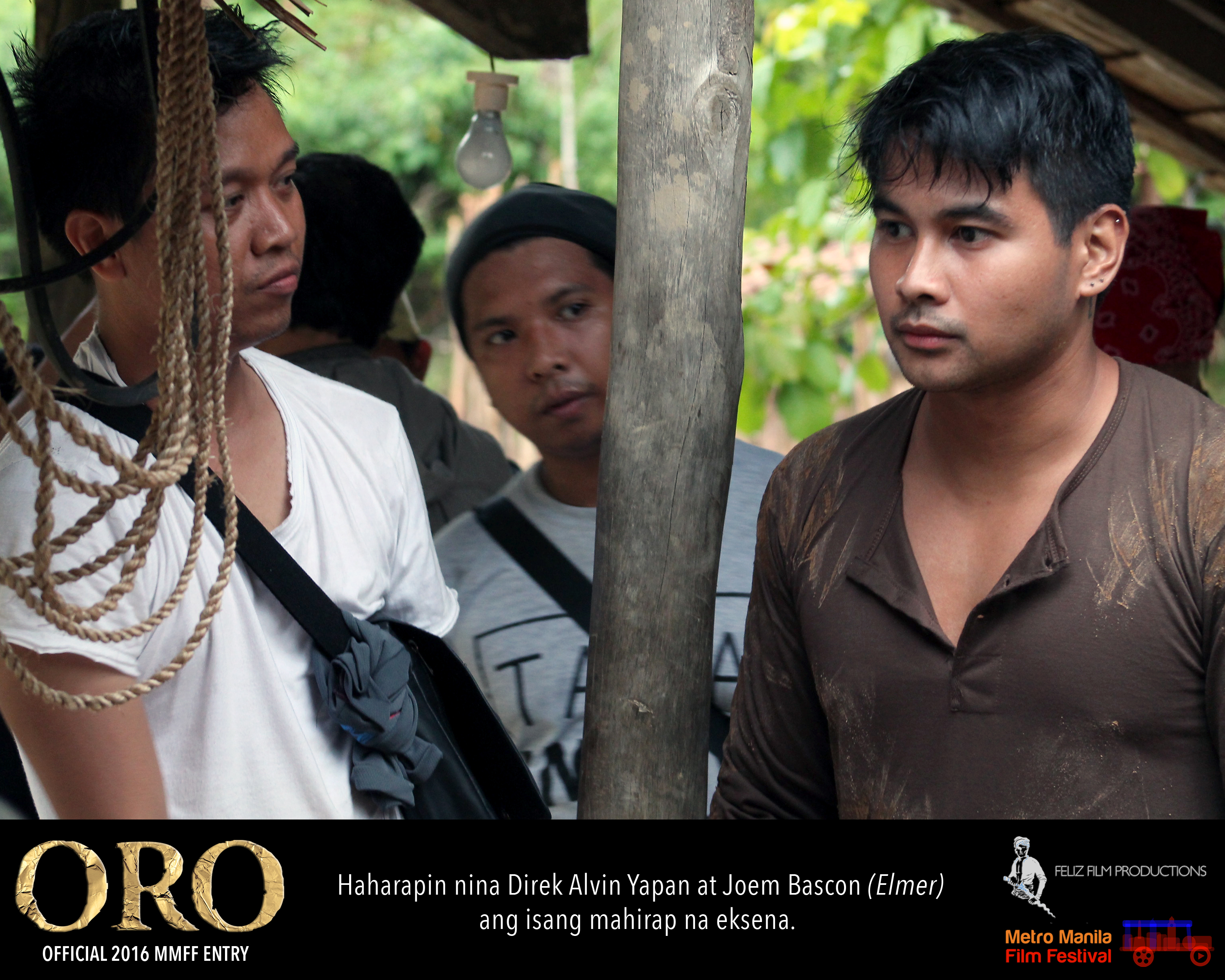 Because of this, some of the family members of the victims were there to watch them shoot and even became part of the film itself.

“Of course since this is the story of the barangay, we’re looking for extras, and we were looking for bit roles from the barangay itself,” said Alvin. “Kaya lang, hindi maiwasan (But we cannot avoid) that we’re going to get relatives or parents of some of the victims to play bit roles in the scene,” Alvin said.

(When I found out about this, i told them it might hurt, you might become more traumatized. You will remember the events twice, so don’t do it, it might hurt.  But they themselves insisted to be part of the film. They really told us, ‘This is our story. That’s us.’)

“Parang therapheutic na rin sa kanila na (It seems therapeutic for them because) for the longest time, they have kept silent about the entire thing and now people are actually interested in the material so this is their chance to speak. And their way of speaking is to act a particular thing that they actually experienced,” he said.

4. At the December 17 conference, the cast and Alvin hinted at strange occurrences on set, including losing electricity and unusual feelings. 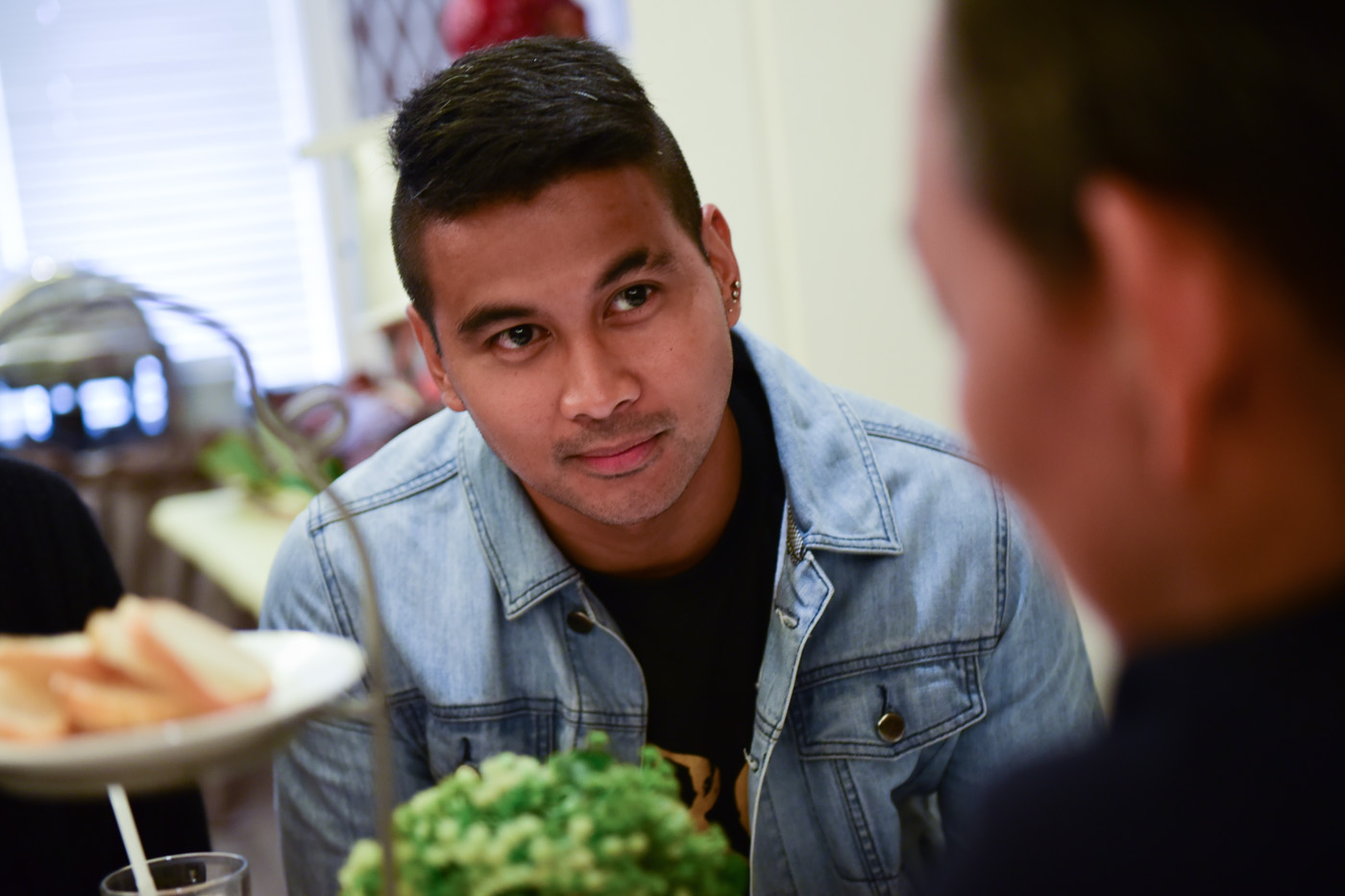 “We were sensitive about the entire process. We prayed and we offered candles,” said Alvin. “Kasi minsan, nawawalan kami ng generator… nagpaparadam talaga.” (Because sometimes, we would lose generator power… they’re really letting themselves be felt.)

5. Newcomer Cedrick Juan admitted he had doubts doing one important scene in the movie.

Cedrick, who plays Bong, one of the armed men in the movie, said that he had second thoughts about the renactment of the death of the 4 miners. His character was one of those involved in the murder. (READ: MMFF 2016: Spot these stars in more than one MMFF film) 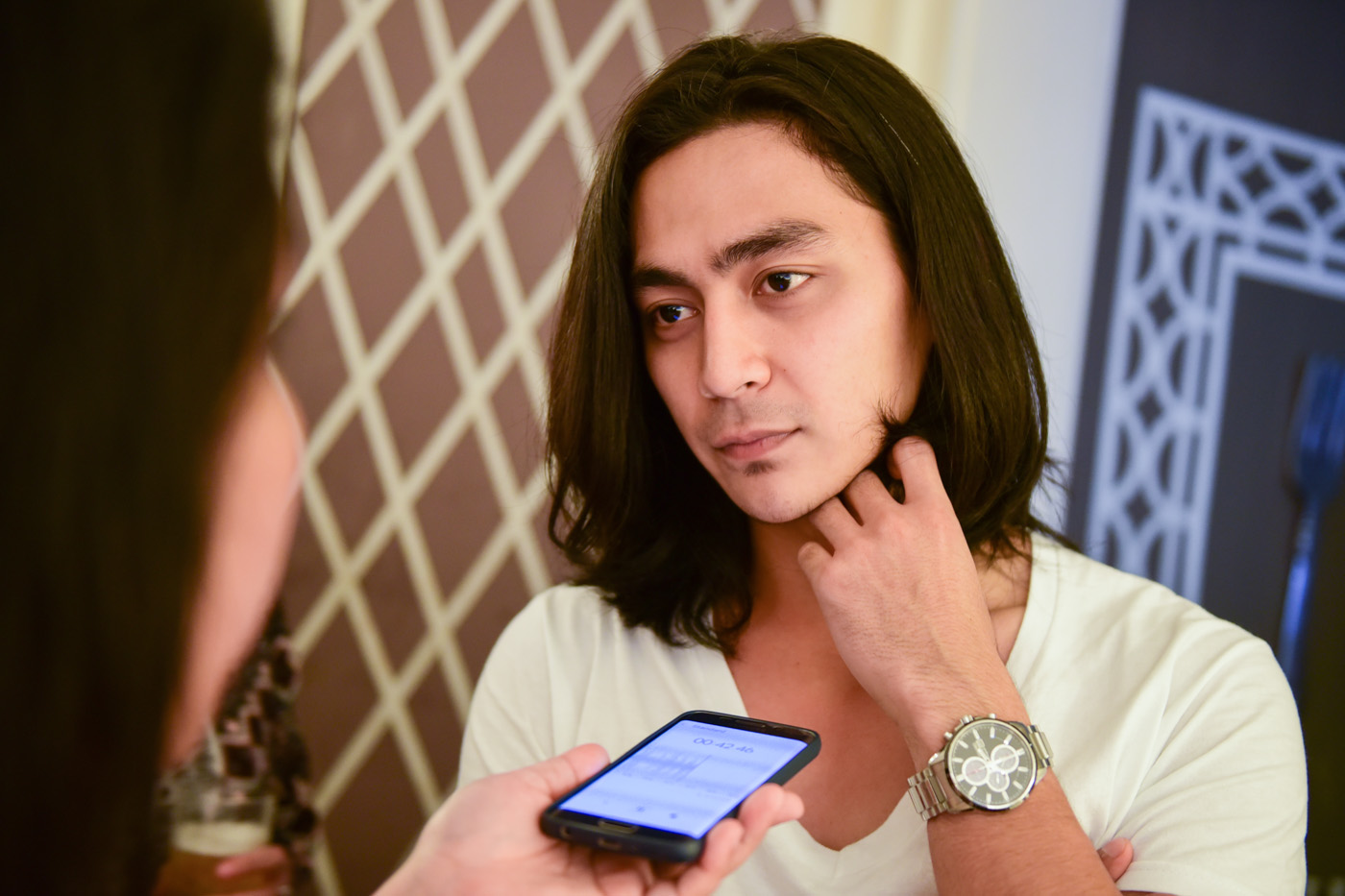 (Because I felt that I might not be able to to do justice to the role I’m supposed to do. I feel like I did not want to overdo it, because some of the people, the families of the victims might think ‘What’s this? Is he playing with us? Doesn’t he think this is personal for us and that it’s work only for him?’ There were so many doubts that I was thinking at that time.)

(So that the masses, the audience, the viewers will see that what happened to them was so horrible.)