‘Beauty and the Beast’ review: Pretty but redundant “If I didn’t know better, I’d think you had feelings for the beast,” mutters Gaston with equal amounts of disgust and spite for Belle, who just defended her captor with words of obvious affection.

The line emphasized the intentions of 1991 Beauty and the Beast directors Gary Trousdale and Kirk Wise to translate Gabrielle-Suzanne Barbot de Villeneuve’s fairy tale into a reflection of predominant but antiquated attitudes about romances outside the perceived norm. Gaston, who was portrayed as a clownish but dangerous buffoon, instantly and violently balks at the idea of a love story that is different from what he imagines, which is that he and Belle end up married with children.

Using baseless and trumped-up descriptions of the beast he has never met, he then incites the villagers to action, to march into the forest, barge into the beast’s castle, and end Belle’s folly. The act of hate is instantaneous, sparked by them seeing the village’s awkward – but still tolerated – girl in an act of defiance against sameness and tradition.

So yes, Trousdale and Wise’s Beauty and the Beast, despite its inability to break free from Disney’s infatuation with traditional narratives and gender stereotypes, was somewhat ahead of its time given all of its more subtle implications. The live action remake directed by Bill Condon arrives more than two decades later in a world that has lived through very visible changes.

Remarkably, Condon’s film doesn’t stray too far from its predecessor, still enamored by the story of Belle (Emma Watson), the beautiful provincial girl who sings of her aspirations for adventure and ends up holed up inside the ill-tempered Beast’s (Dan Stevens) enchanted castle. There are differences here and there. LeFou (Josh Gad) is motivated to be the sidekick of Gaston (Luke Evans) not by narrative necessity but by closeted homosexual attraction. Belle’s town is a paragon for racial diversity, yet is strangely resistant to progress as depicted by the villagers’ rebuke of Belle, her bookishness, and her brainy inventions.

Condon and his screenwriters Stephen Chbosky and Evan Spiliotopoulus make what the original so smartly shrouded out and obvious. Beauty and the Beast aspires for relevance, a political stance in a society that has been bombarded with arguments from both sides. This is undoubtedly very good. However, in the film’s adamant refusal to differentiate itself from its predecessor, its more pronounced message about diversity and acceptance becomes muddled. This, because the main storyline still favors the happy ending where two beautiful human specimens – rather than the beautiful thing that was happening in the middle of the film where the lady sees past the excessive facial and body hair, the snout, and the horns – discover the possibilities of true love. 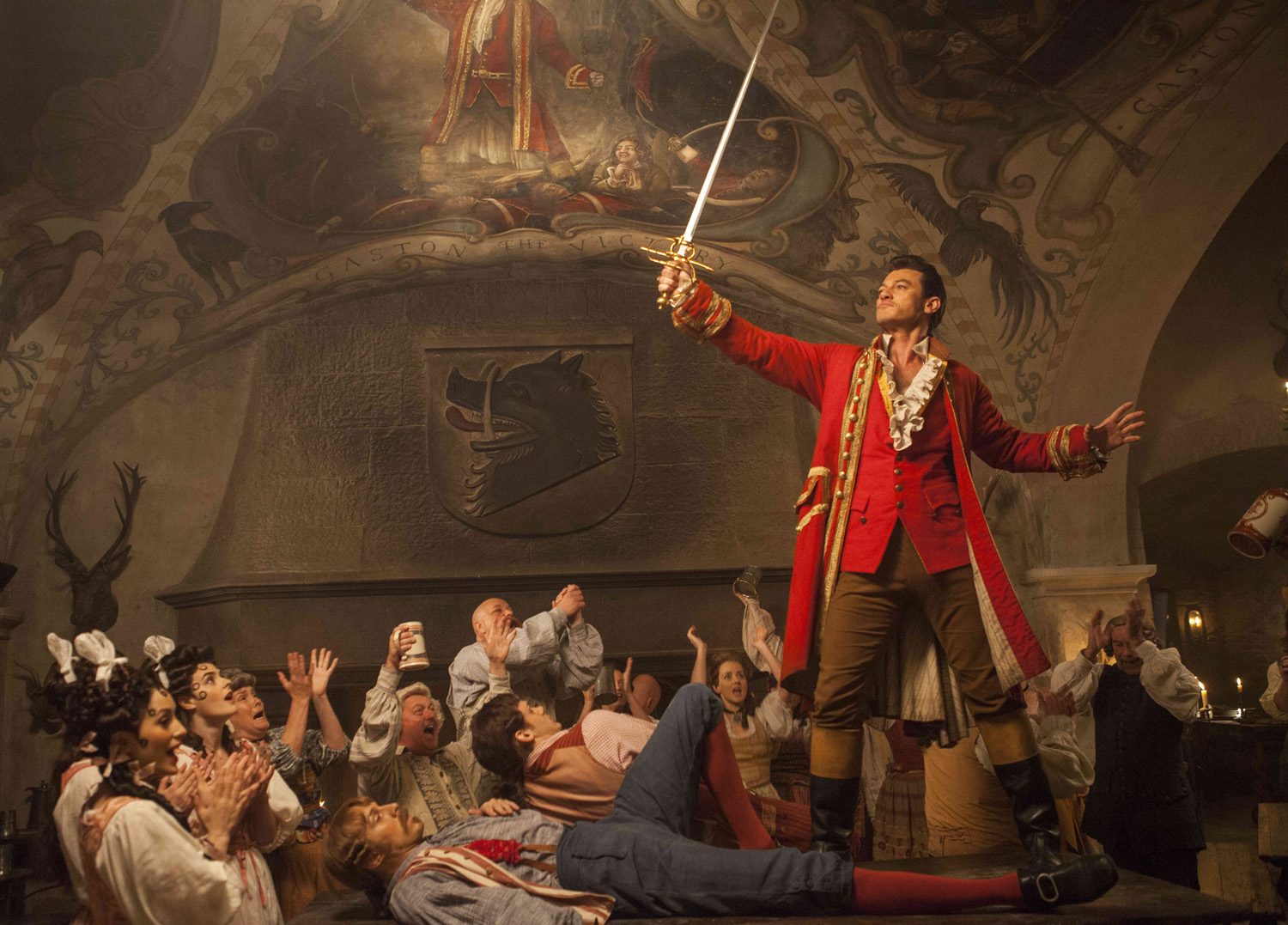 So the question arises.

What really is the point of this remake when its movement towards the politics and agendas of the 21st century is still stifled by 19th century plots and 20th century re-imaginings of women finding their happily-ever-afters with blonde and conveniently reformed princes?

The clearest answer is of course the technological advances that have now allowed real actors and actresses to believably interact with digitally animated anthropomorphic household implements. The silly designs of Trousdale and Wise’s cartoon have been updated. Lumiere and company look more sophisticated, more like the elegant objects of art that a pre-French Revolution aristocrat would keep in his household. The downside of this upgrade, however, is that those characters, who in the cartoon provided majority of the film’s mirth and vitality, are more strained when it comes to expressing and evoking emotions.

Gone are the cartoonish circular eyes, the smiles and frowns, and the pliable limbs that readily communicate feelings. They are replaced by ceramic and metal that look impressively realistic, except that they are a liability when it comes to storytelling. Even the Beast looks dispassionate. The topnotch voice work of glaringly wasted acting talents like Ewan McGregor, Ian McKellen, Emma Thompson and Stanley Tucci prove to be inadequate.

This is the biggest fault of Condon’s Beauty and the Beast. It lacks life – it is too focused in aping reality that it starts to distrust imagination. The film’s supposed improvements weigh it down, making it the less colorful and more bloated twin of the 1991 classic. Sure, Beauty and the Beast can be intoxicatingly romantic.

Condon has crafted a film that plods and meanders majestically. It is also very pretty. The film makes sure that it hypnotizes you to fall head over heels for it first before you discover all of its empty spaces and ponderous repetitions. In the end, when all the film’s spectacle and fanfare have fizzled out, one can’t help but commiserate with Belle, who amidst a town full of ambitionless hicks sings, “I want so much more than they’ve got planned.” – Rappler.com