Oct 11, 2017 8:00 PM PHT
Susan Claire Agbayani
Facebook Twitter Copy URL
Copied
The director talks about his inspiration for the film and working with his actors 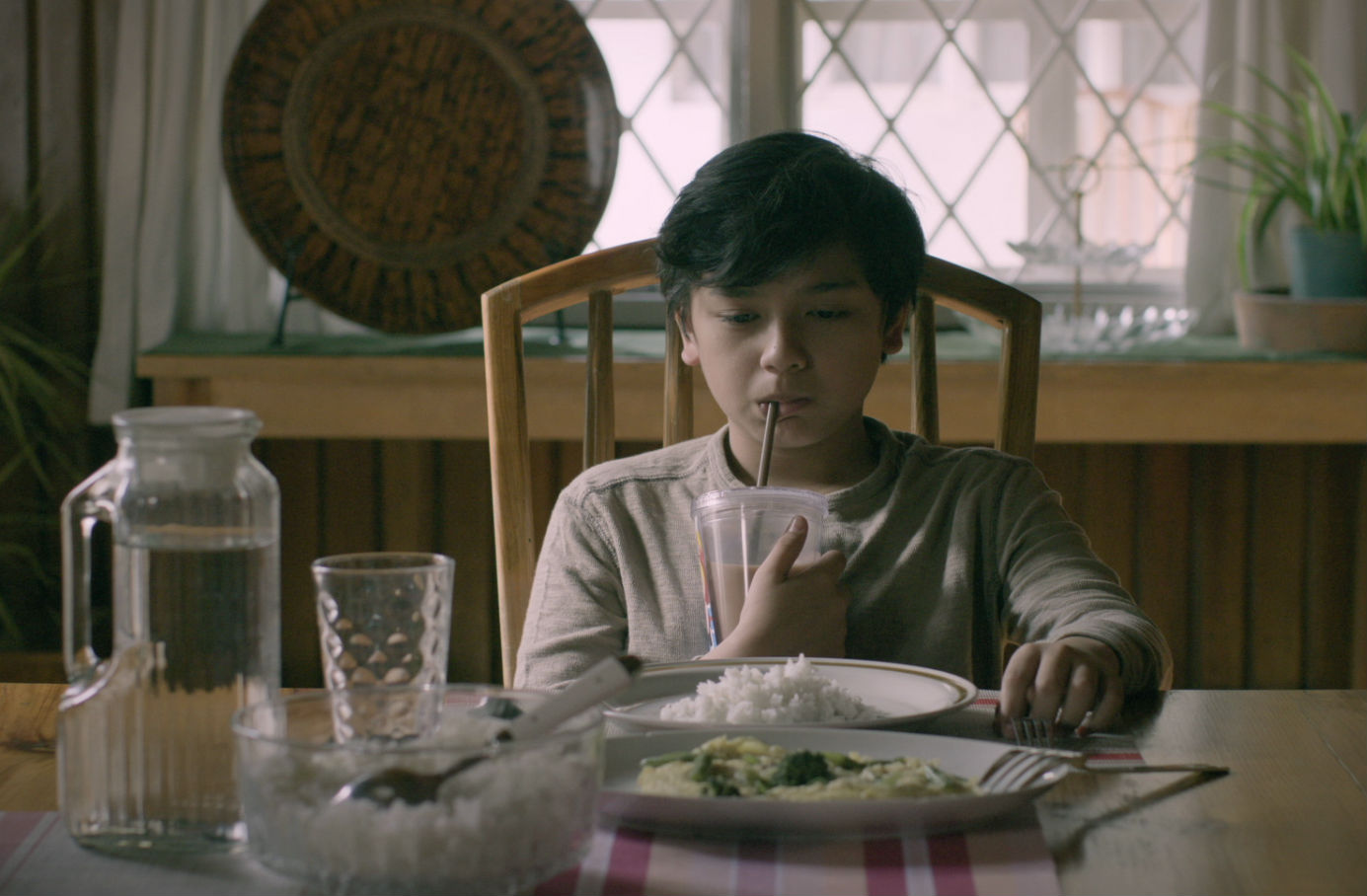 You are 11 years old, and your mother has just died. You live in a big house in Baguio with a yaya (babysitter). You want to be a boxer someday, just like your estranged father. You get wind that he is in town.

The story sounds so simple. So you go into the movie house thinking that Kiko Boksingero is the type of movie you can while the time away with, and not have to think too deeply about things. As a viewer, it’s easy to think that way. But that’s how Kiko director Thop Nazareno pulls you in: through the plot’s sheer simplicity.

Christopher Charles Nazareno, or Thop, is the youngest of 3 brothers  born 5 years apart. He was raised in Tondo. His parents make a living from property rentals. 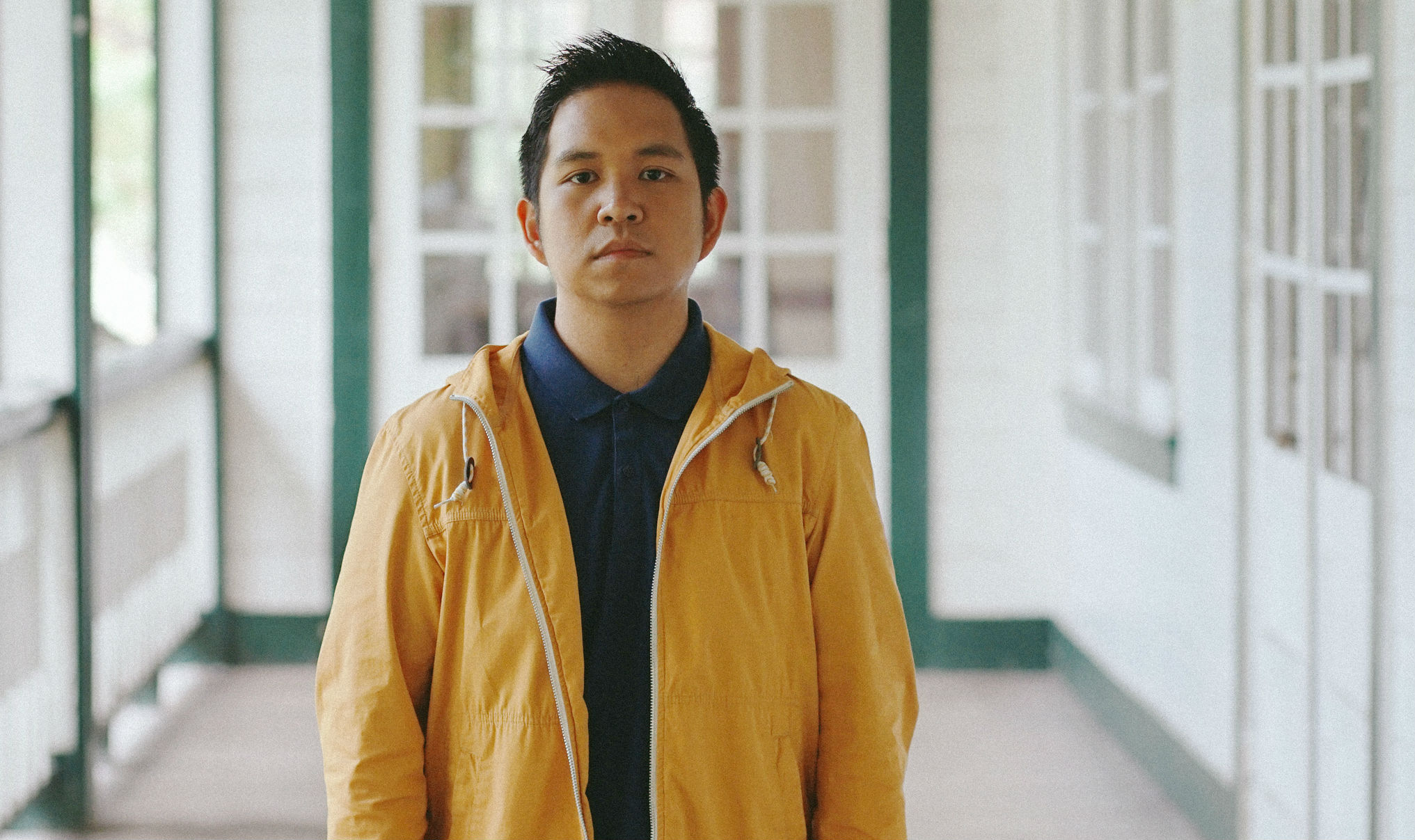 While they reside in a pocket village/subdivision, he is accustomed to passing through tenements or informal settlers in and around Tondo. He says it is “normal.”

Since he is the youngest of the brothers, he is a bit “spoiled” – his older brothers sent him toys and other things from the United States. His older is a medical technologist and the eldest is a dentist. Thop himself briefly lived and studied in the US when he was in grade school.

As a child, he loved playing basketball and even had a trainer for tennis – now a luxury he cannot afford due to the demands of his chosen profession. He also loved handling the family videocam, until he lost it and he was banned from using it for many years.

He had a Bedan education, and is the holder of Information Management and Multimedia Arts degrees from De La Salle University-College of St Benilde. Since graduation from his second degree, he has been a freelance editor and director. He edited the multi-awarded Purok 7 and other Cinemalaya films. Simultaneous with his career, he has been doing films in the last 5 to 6 years. 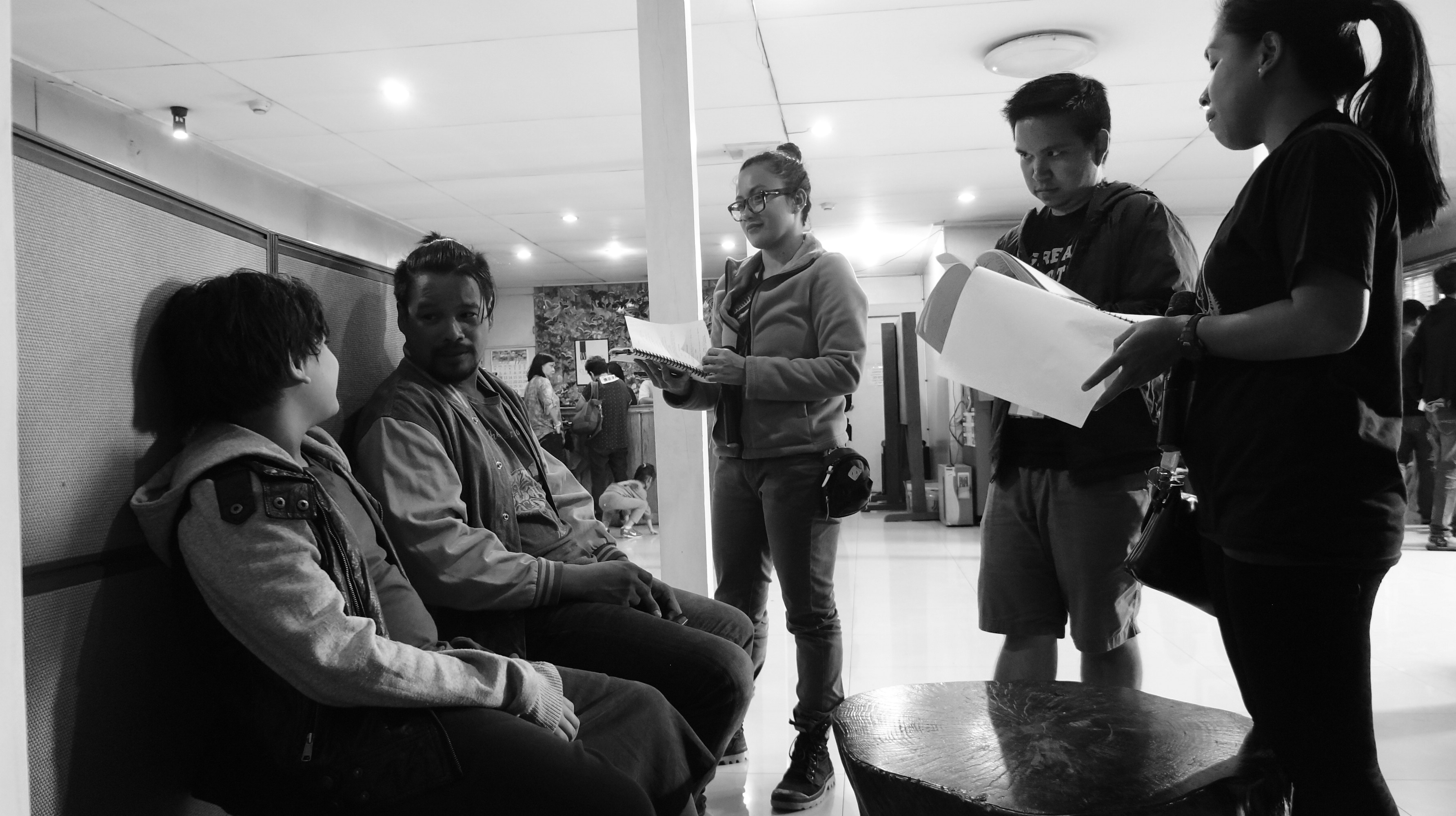 His first short film was the 8-minuter Eyeball, which became part of Cinemanila in 2013, and Cinemalaya in 2014. The film was nominated for Best Short Feature at the Gawad Urian in 2015 (the year the Nora Aunor short directed by Adolf Alix won).

His second short film, the 13-minute Lope was set in a hut beside a field. It is about a grandmother (Erlinda Villalobos) who refuses to serve tinola to her grandchild (Marc Justine Alvarez), saying that it’s not a good meal for breakfast. Lope is part of Anatomiya ng Pag-Ibig, an anthology of 12 stories that’s based on the award-winning Palanca play of Allan Lopez. It was showcased in Cinemalaya and QCinema in 2015, and competed in the CinemaOne Originals Filmfest in 2016 (the year JP Habac’s Maria won).

Lope brought Thop to a filmfest in Germany, his first.

(The local audience received Lope well. They remarked that the film was like a painting. It is heartwarming that they appreciate a story based on a play. They were surprised that the shooting only took a day. It was exciting and humbling at the same time, as the shorts from the other countries were good).

Thop got the confirmation that Kiko Boksingero was going to be part of Cinemalaya 2017 when he got an official e-mail in April 2016.

Thop revealed to Rappler than the character of the boy Kiko is based on a real person! His name was Francis.

(Kiko Boksingero is based on a real person. He was my childhood friend. He grew up in a huge ancestral home with his grandmother. When his grandmother died, none of their relatives wanted to take care of him, except for his nanny who wasn’t even related to him by blood. After Eyeball, while I was developing Kiko in February 2015, he passed away. He was just in his mid-20s.)

(His real father was around, but he didn’t grow up with his dad, who kept moving around. There was no father-son connection.)

However, Thop said, the search for a father; for a family is very universal.

(We all know how special our families are. That’s why when we see certain people – kids especially who are in that situation – we feel their pain).

Why Baguio of all places?

“Baguio has a boxing culture. Pacquiao and other boxers train there because of the altitude. I treated Baguio as a character (in the story). It is very cold; walang masyadong tao. Tahimik. Nakakadagdag sa longing ni Kiko ‘yung lamig, and isolation (Baguio is cold; there are not too many people. It’s quiet. The cold and isolation adds to the longing of Kiko),” Thop said. 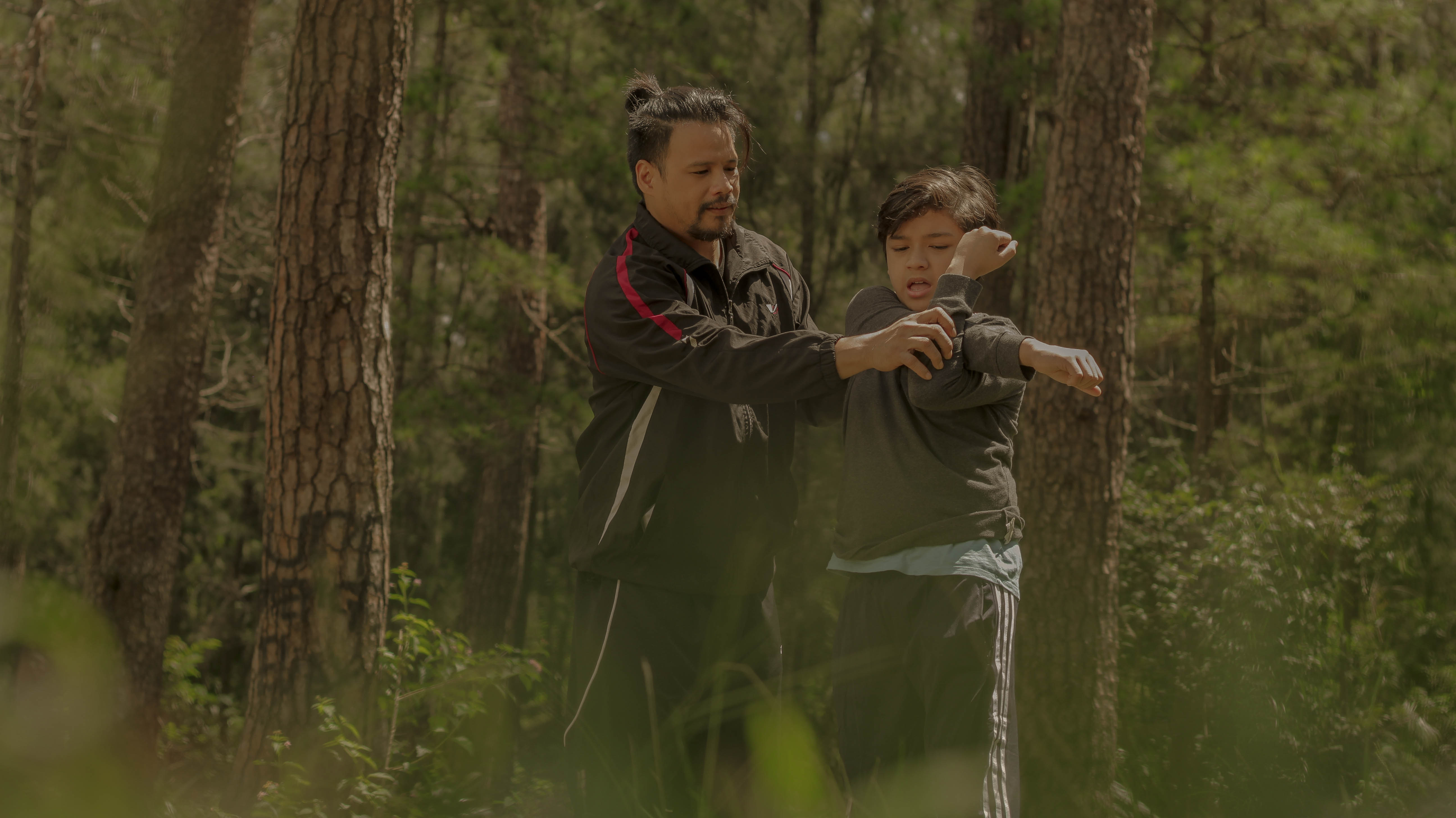 As is typical of Cinemalaya films, Kiko was shot in only 8 shooting days in a huge family resthouse.

The lead actor, Noel Comia Jr had to go down for a day because of a prior commitment. The staff thus took time off the shoot and enjoyed Baguio for a day.

Yayo Aguila, who portrayed the role of the yaya/kasambahay of Kiko, shuttled between Manila and Baguio. But somehow, she always managed to consistently bring pasalubong to the set, something Thop and the crew really appreciated.

(She would bring food to the set every single day. She is so easy to work with). 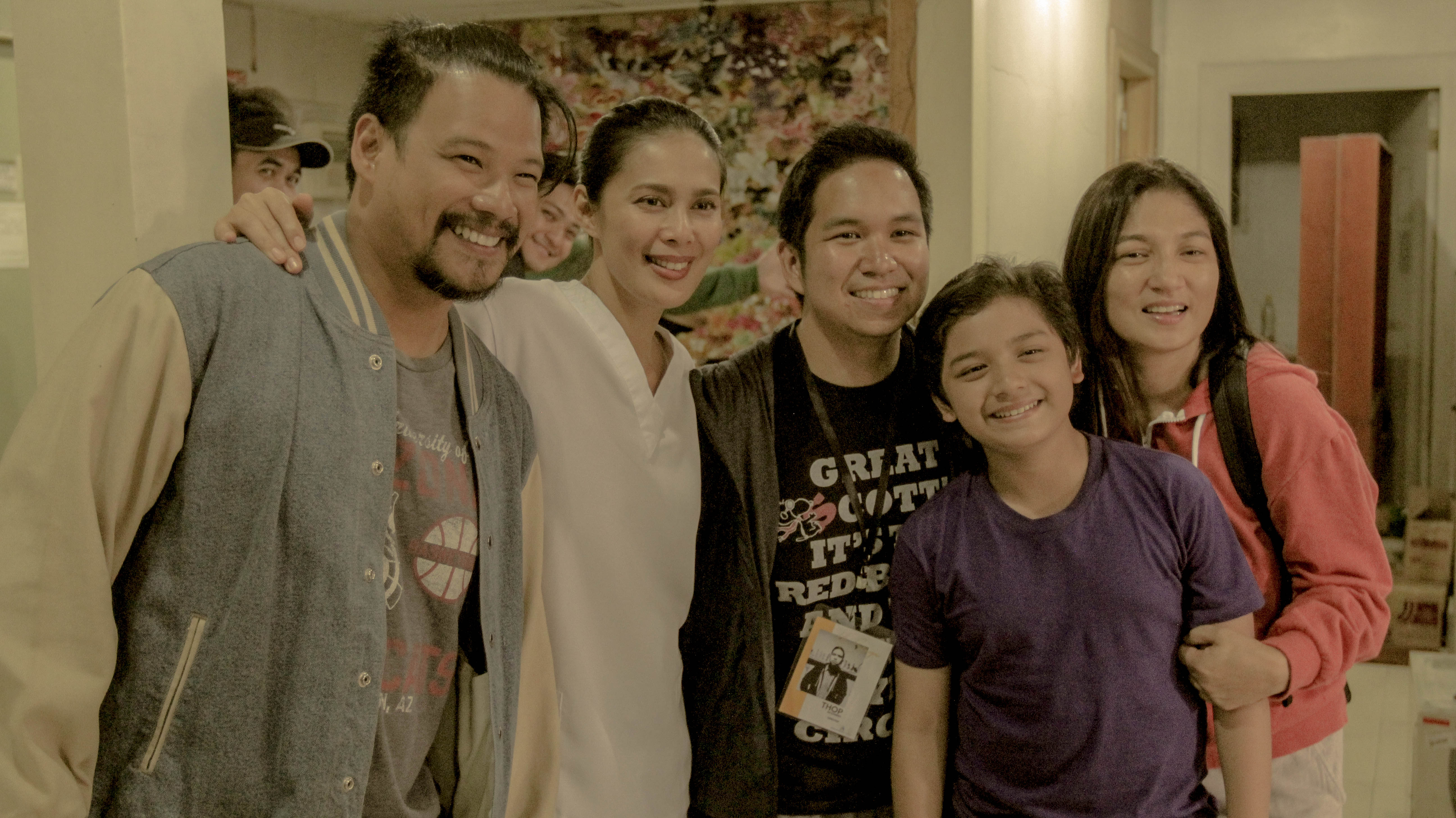 Thop says that he didn’t know Yayo personally, but got to watch her in a short film in Cinemalaya last year. He thought that she was “fresh, and could be reinvented, as she had been away from the silver screen for quite some time.”

“Magandang bigyan ng bagong role: motherly, at may connection siya sa character (It would be nice to give her a new role: motherly and has a connection to the character),” Thop said. And was he so right – Yayo took home the Best Supporting Actress trophy at the Cinemalaya Film Festival Awards Night.

How did Thop find his “Kiko?”

It was not a typical audition, apparently, as Thop wanted a fresh face.

They had about 3 workshop-cum-audition sessions, which were more like games, to determine the ability of the boys (including the bullies) to improvise from what’s given them on the spot. Then there was a final one-day workshop with the final script.

“Actually, after I had submitted Kiko to Cinemalaya, I saw Noel perform in Principe Munti at the CCP,” Thop said. 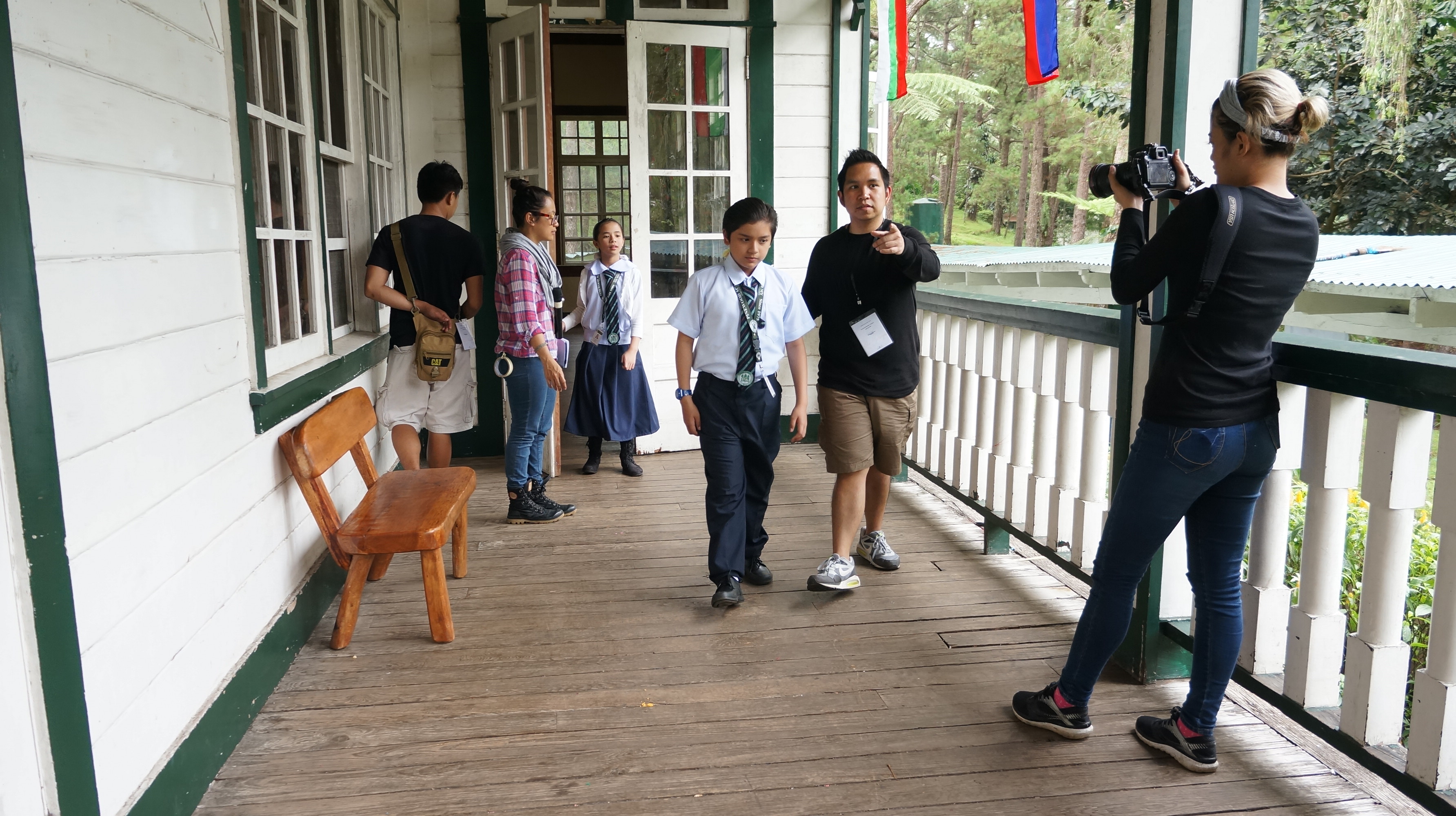 (I sought Noel out. He was one of those I considered for the role. It’s difficult to cast children because they are different. Sometimes they have tantrums, or are sleepy. Especially if it’s the first time for them to play a lead role. We became close when we started shooting. To this day, we see one another almost every other week. The (Comia family) would invite me to dinner. They did not only support Noel; they also wanted me to succeed. They’re like my second parents now. I got lucky).

(I remembered his unique charm. Always smiling. You don’t know what he’s thinking).

“Kinuha ko ang actors na alam kong kaya nilang ibigay. Hindi na sila nahirapan (I got actors whom I knew could deliver what the script demanded. I knew it would be a breeze for them).” 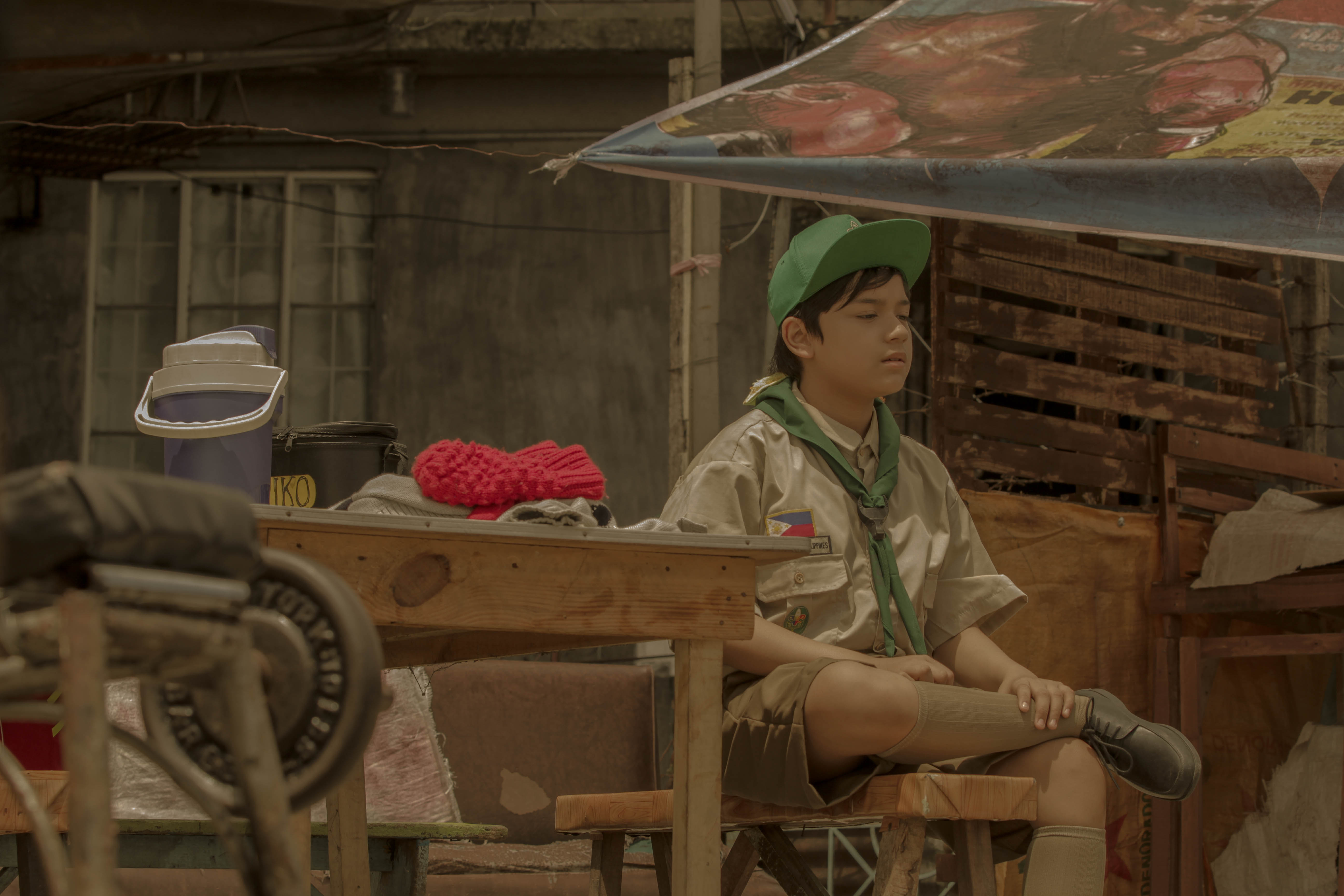 Lastly, he got his audio professor in Benilde to do the score that reaped the third award for the film: Best Musical Scoring. Pepe Manikan bested South Border’s Jay Durias (who did a fantastic score for the multi-awarded Respeto) and himself (for an equally haunting score for another Cinemalaya film, Sa Gabing Nananahimik ang mga Kuliglig).

“He is a constant collaborator of mine (since my thesis). Since we had very limited time and limited budget to do the scoring, it was crucial to work with someone you have known for some time or you have worked with before. We only had 3 days to do the score. I went to his house. Just a few instructions and he knew what direction I wanted to go. It went by very fast.”

Kiko Boksingero will have 7 pm screenings at the UP Film Center in the UP Diliman campus on October 11 and 12 – Rappler.com