‘The Mountain Between Us’ review: High-altitude affair 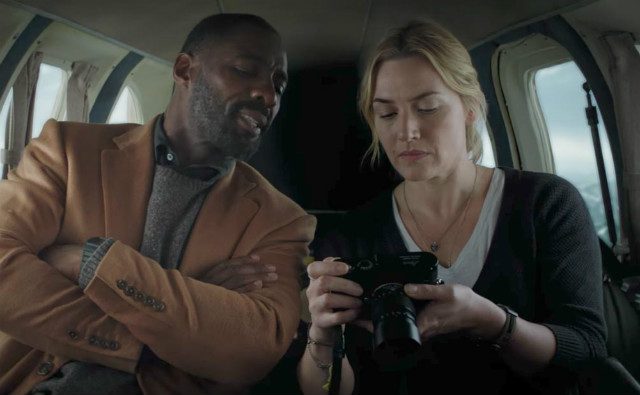 Facebook Twitter Copy URL
Copied
Amidst its many indulgences and missteps, and its bluntly old-fashioned approach to romance, the film manages to charm with its elegance

By the end of Hany Abu-Assad’s The Mountain Between Us, it becomes obvious that the eponymous mountain is not the snow-capped one that nearly killed the spunky photojournalist (Kate Winslet) and the serious neurosurgeon (Idris Alba) who turned to love in the face of danger.

That mountain, which houses deep ravines, slippery slopes, and one hungry cougar is in fact a blessing, as it connected them despite having lives where the chances of them being romantically linked is remote. The mountain in the title is definitely something else, something less physical but still very much daunting. It is, perhaps, the distance between their homes, or the color of their skin, or the fact that she is about to get married and he is already married, or their very distinct personalities. As with most meet cutes, theirs is one that behooves logic and common sense, seemingly a product of either filmmaking convenience or a notion that fate is at work in bringing the two together.

Both of them are hurrying to Dallas but are prevented from doing so because of an impending storm that has grounded all flights. She, rushing for her own wedding, has a smart plan of recruiting a retired military pilot to fly a small plane and invites him, who has a scheduled operation, to tag along. The plane crashes, leaving them on top of an inhospitable mountain, with only themselves to count on for survival.

The Mountain Between Us is quite the odd romance.

The premise is undoubtedly both clever in its obviousness. For sure, a tag-team attempt to stay alive will engender some deeper connection, but in the film’s process of proving that such a dire predicament can give birth to a timeless love story, it desperately begs its audience to take such a momentous leap of faith to believe that wit, humor, levity, and humanity can withstand utter danger.

When the film works, it’s truly lovely, but when it doesn’t, it is wholly unconvincing and suspiciously hilarious. The Mountain Between Us is directed by Abu-Assad, a lauded Palestinian filmmaker whose films like Paradise Now (2005) and Omar (2015) have human stories that are connected with political issues. This movie is faced with a love story that feels blatantly inert of the outside world.

Sure, the would-be lovers’ conversations sometimes display slivers of their respective worldviews, but the film itself is too preoccupied with either its survivalist core or the blossoming romance to convincingly provoke. Perhaps the film is very many decades too late. In this age of political correctness, the film’s love story is safe and ordinary, more a visually bloated affair than an impassioned statement. Yet it is still impossible to dislike The Mountain Between Us.

Amidst its many indulgences and missteps, and its bluntly old-fashioned approach to romance, the film manages to charm with its elegance. Its anti-climactic last 3rd, which has the film pull away from being about the couple’s own survival to the survival of their short-lived romance, is intriguing in the sense that it offers a comforting breather to an otherwise tension-focused exercise. At the end of it all, the film, while truly a non-event, still has the right emotions to match its high-altitude ambitions. – Rappler.com