What critics are saying about ‘Avengers: Infinity War’ 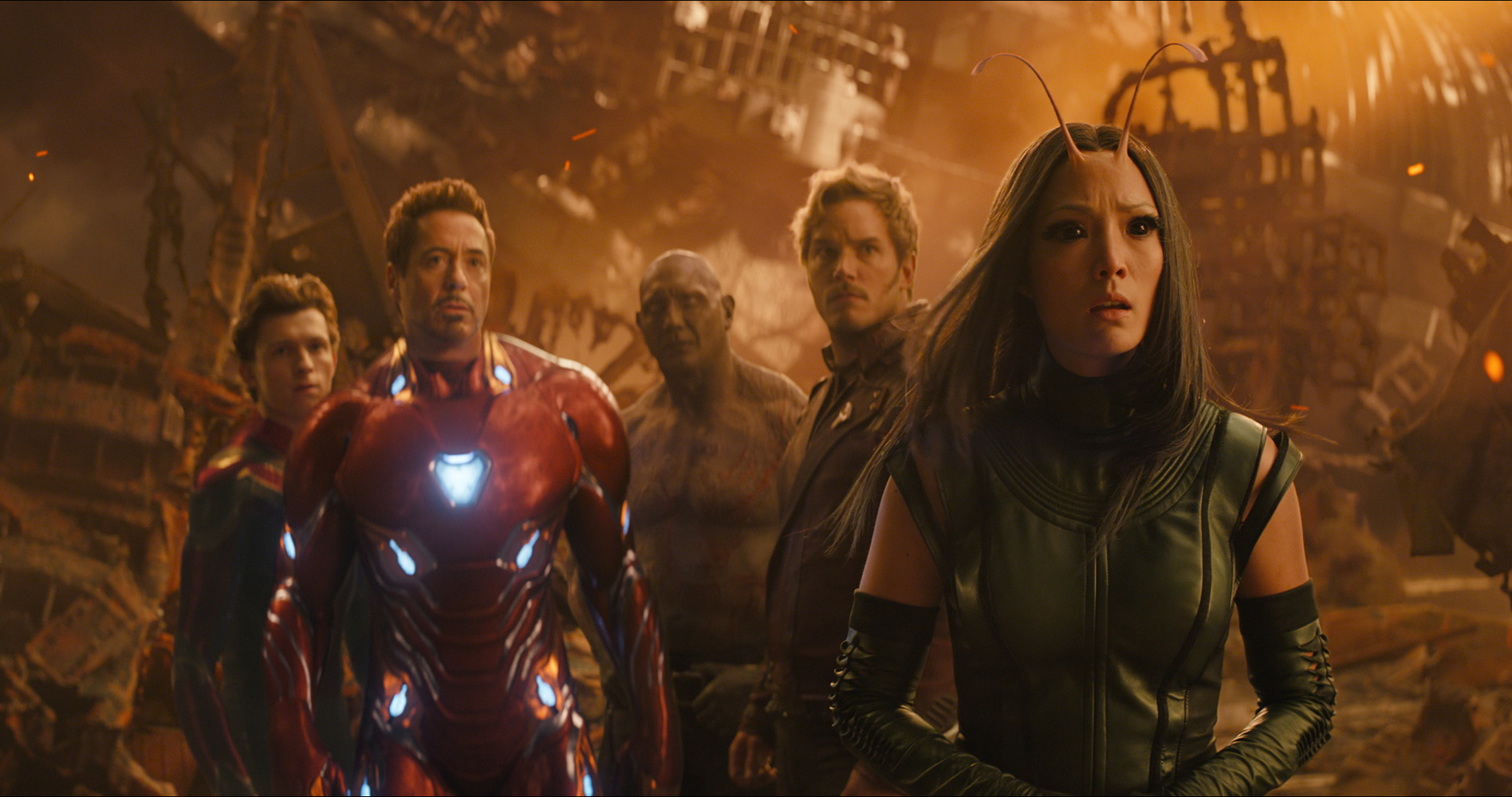 MANILA, Philippines – Marvel’s much-awaited Avengers: Infinity War is out and the reviews are in.

The film is finally hitting theaters on April 25 (in the Philippines, at least. For most of the world, it’s coming out on the 27th), and many fans are more than ready to catch all their beloved characters from the Marvel Cinematic Universe in one sumptuous theatrical ride.

The film follows the Avengers two years after the events of Captain American: Civil War. The splintered team of superheroes finds themselves coming together again – and joining forces with the Guardians of the Galaxy – to battle Thanos, a powerful being who has come to take over planet Earth.

So far, this is what the critics have to say:

Variety’s chief film critic Owen Gleiberman says that Infinity War is “overstuffed” with superhero icons, but that directors Anthony and Joe Russo manage to navigate through each of their stories with style.

“Avengers: Infinity War can, at times, make it feel like you’re at a birthday party where you got so many presents that you start to grow tired of opening them. But taken on its own piñata-of-fun terms, it’s sharp, fast-moving, and elegantly staged. It also has what any superhero movie worth its salt requires: a sense that there’s something at stake,” he said.

Gleiberman praised Josh Brolin’s performance as Thanos, saying that he made the evil feel personal as well as powerful, “like a force that might just require 20 superheroes to stop it.” He also noted Zoe Saldana’s performance as Gamora, saying her scenes with Brolin gave the film emotional gravity.

The critic sung praises for the film’s fight scenes, describing them as “tensely spectacular combat sequences.”

Alex Abad-Santos, writing for Vox, says that Infinity War is Marvel’s most daring film yet, pointing out that it is faced with the task of gathering so many characters, each with their own backgrounds, storylines, and motivations.

He said that the film anchored itself on the story of Thanos, at the cost of the other characters’ stories, saying that the directors relied on the audience’s knowledge of past Marvel movies to make up for the lack of characterization.

The critic described the fight scenes – particularly the one that takes place in Wakanda – as breathtaking, though said that the multiple storylines and jumping from one scene to the next made it a challenge to appreciate the choreography of the scenes.

However, one moment in the film stood out for Abad-Santos as “the most breathtaking, audacious moment in superhero movie history.”

The movie was, as expected, crammed with all the heroes we’ve encountered in the Marvel Cinematic Universe, but McCarthy thinks writers Christopher Markus and Stephen McFeely and directors Anthony and Joe Russo handled it well. Thanos, the main antagonist, is far from one-dimensional, and as the drama and the prospect of the Avengers’ loss heats up, Thanos’ relationship with his adopted daughter Gamora shifts the mood from comedy to tragedy.

Don’t leave the cinemas after the end credits! McCarthy said that post-movie clip will add to the main ending and will leave fans with more questions than answers – we’ll have more to look forward to when the next installment rolls out.

Time’s Stephanie Zacharek said that Infinity War was “more of a fulfillment center” than a movie, saying that it pandered to audience expectations thoroughly, at the cost of grace.

“There’s no pacing in Avengers: Infinity War. It’s all sensation and no pulse. Everything is big, all of the time,” she said.

Zacharek, however, also singled out Saldana’s performance. “Her Gamora, with that radiant green face, gets some of the movie’s best faux-Shakespearian moments. Saldana makes them seem almost not faux,” she said.

Film critic Drew McWeeny rated Infinity War 4.5 burritos out of 5 on Nerdist, saying that it’s the Star Wars: Empire Strikes Back for the Marvel Cinematic Universe (MCU). Despite the overwhelming overlap of many characters, each one still felt essential, he said. Thanos was a Killmonger-like villain – his anger and motivations were understandable and righteous, making him “the most fully-written bad guy” in the MCU.

“Avengers: Infinity War is the most comic booky comic book movie that Marvel has ever attempted, and it’s not a film they could have gotten away with 10 years ago,” he said, as Marvel had to introduce the characters and their backstories. With Infinity War, audiences will want more – the ending, said McWeeny, was unconventional, but was ultimately the right choice. – Rappler.com