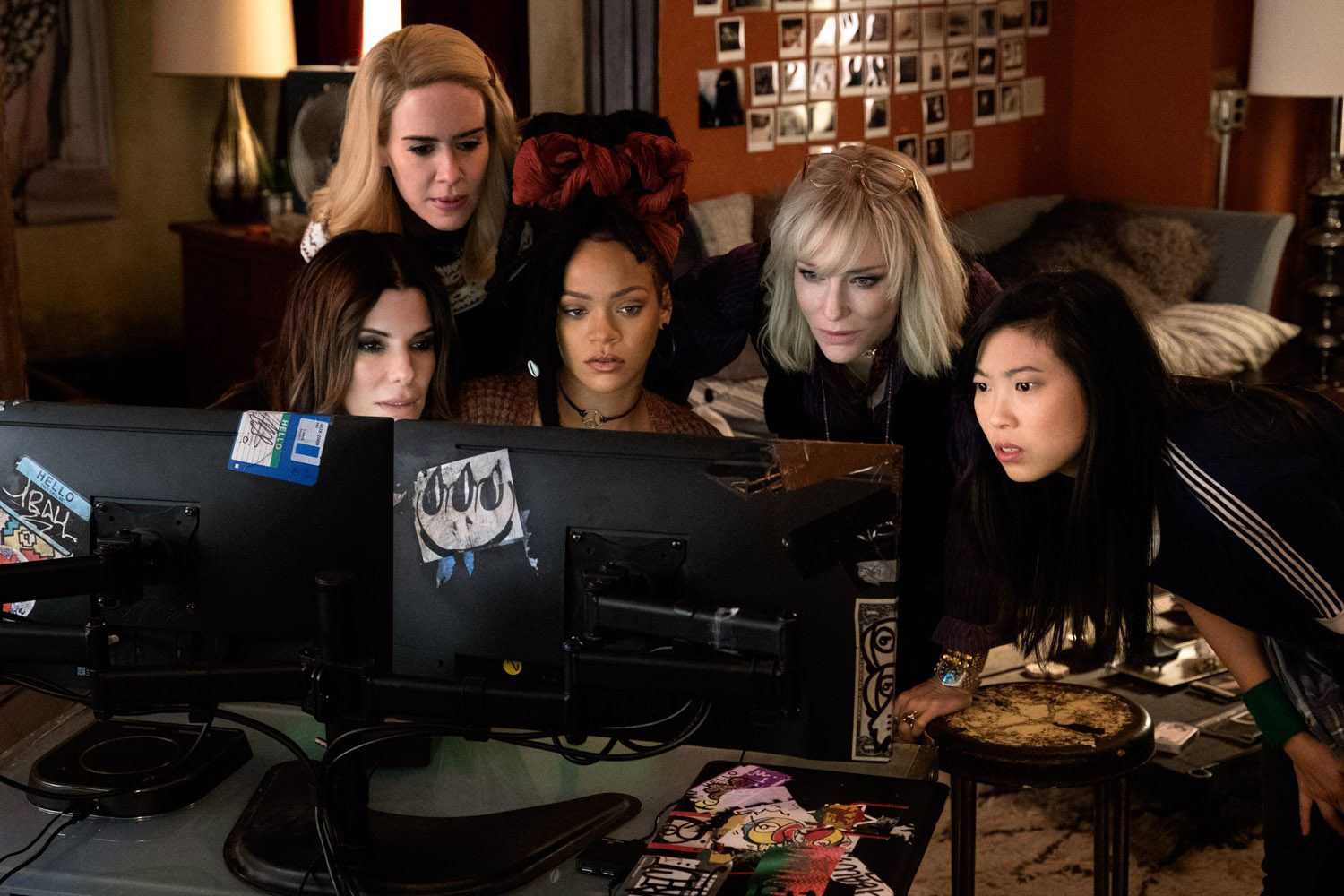 Gary Ross’ Ocean’s 8 does the extremely difficult feat of both overdoing and underdoing. The result, unsurprisingly, is a film that both overwhelms and underwhelms.

The film opens with Debbie (Sandra Bullock), the little sister of the more famous Ocean, Danny, in the middle of a parole interview.

She sobs her way towards freedom and as soon as she gets her things back, she boards a bus to Manhattan, makes her way to a swanky department store, and ends up with designer loot without spending a dime.

The cherry to the pudding is that she also gets to spend in a luxurious suite courtesy of her devious ways. If there is one thing that can be learned from the film’s exhilaratingly smooth opening sequence, it is that crime, contrary to the famous saying, does pay.

Ocean’s 8, like all the previous Ocean films, takes a liberal stance on the law. It also adheres closely to the tried and tested formula where a crew of unique talents is assembled to commit what could be an impossible heist.

This time, Debbie collects her team of femme fatales to piece together a plan to snatch a diamond necklace that while very economically profitable to those charismatic criminals is also representative of something more valuable than money.

The sheer composition of Debbie’s team puts to the fore the power of femininity especially in a world full of bumbling men. The little details of Ross and Olivia Milch’s screenplay further reinforce the idea. There is always a rebellious streak behind each and every carefully planned move of Debbie. It is never just about committing the perfect heist. It is also about her outdoing the exploits of her more accomplished older brother. It is also about her reciprocating the cowardice of a former fling with an act of astounding audacity.

It is not just about her coming out of the shadows cast by the men in her life but also about her doing the things she can do without the need .

Effort to be relevant

However, Ocean’s 8 just feels a bit too conscious of its slogan.

In the film’s effort to be about something relevant, it inevitably fails to be something consistently entertaining. It overdoes the statement, but underdoes the fun. While there is still a lot in the film to enjoy, it has too many bumps and ponderous moments. The film lacks the seamless transitions to make its core heist a truly thrilling ride. It is a film whose worthy message trumps its less than stellar execution.

The performances are all fine.

Bullock is a joyous presence, adding an expert mix of levity and purpose to her portrayal of Debbie. However, if there is a single actress in the film’s crowded roster of big Hollywood names that leaves a lasting impression, it is Anne Hathaway.

Hathaway, who plays a fictional star who embodies everything that is wrong in contemporary celebrity, gamely acknowledges her own perceived reputation to deliver a performance that notwithstanding it feeling draped in cliché and stereotype, is ostensibly honest. 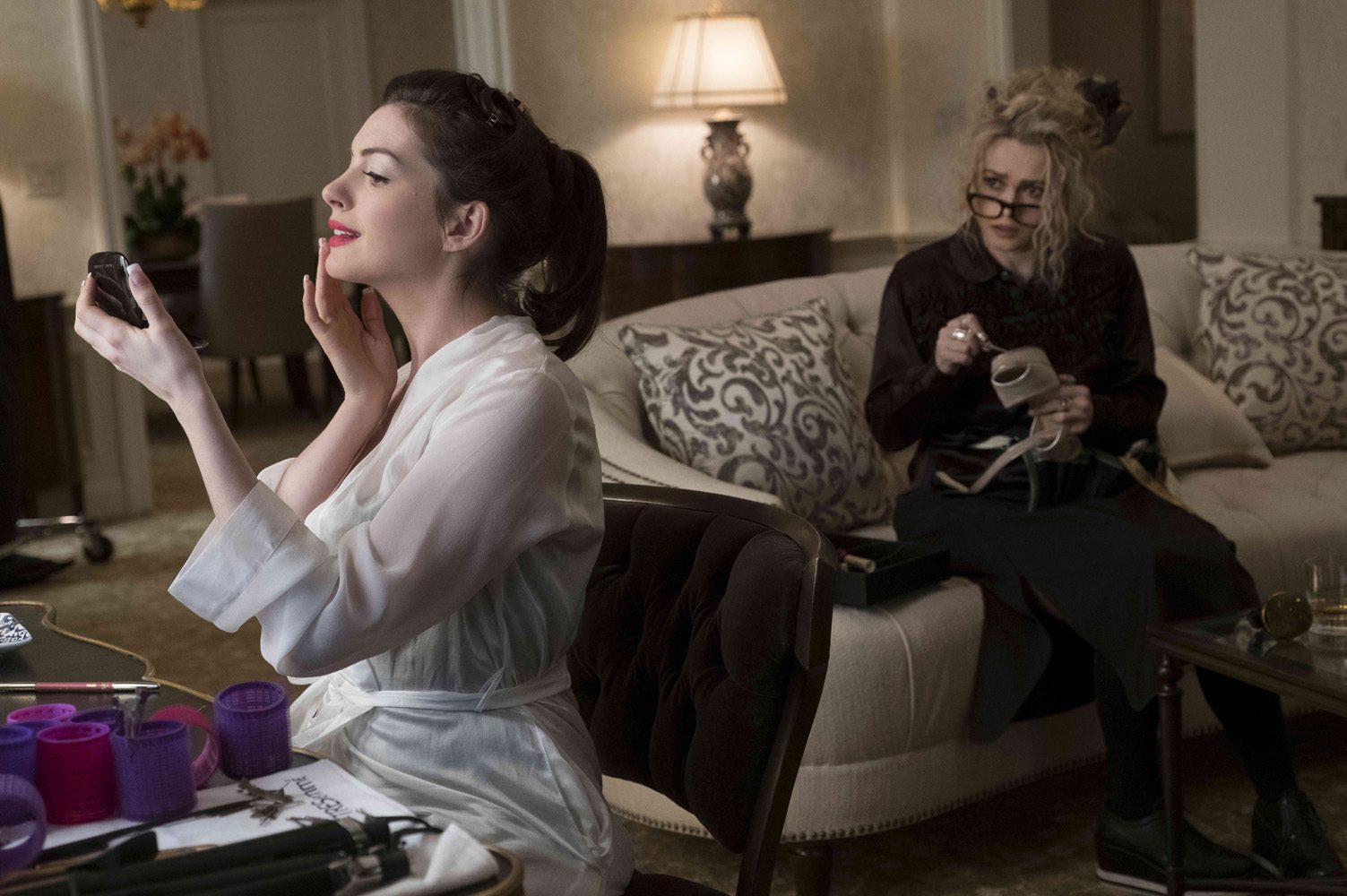 At times, it delightfully indulges in the incredulousness of its heist’s conceit. In everything it does, it always has a point in mind.

It is never subtle, resulting in long and distinct moments where the film feels like it is more intent on being a slogan for today’s world then an outright caper. – Rappler.com