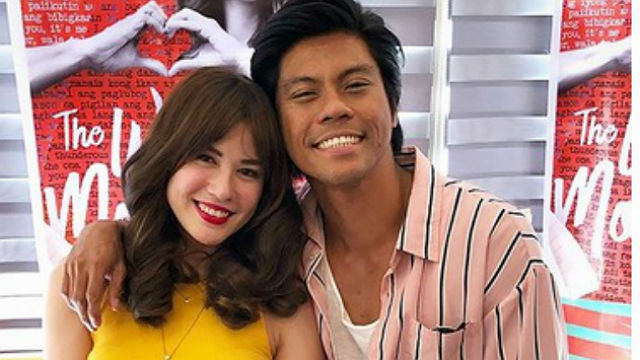 MANILA, Philippines — In most romantic comedies, it’s almost always the aloof, attractive guy that gets the girl. After all, who can say no to a brooding and shirtless Piolo Pascual? But thanks to sleeper hits like Kita Kita, doors have opened for a new breed of “nontraditional” leading men—unconventionally handsome, funny, and relatable.

During the press conference for The Write Moment last week, lead star Jerald Napoles shared that his confidence as an actor grew when he got the part. With guys like him used to being type cast as the funny best friend, Jerald is grateful of the opportunity to show his versatility as an actor.

Finally, a “plain-looking guy” like him – his words not ours — gets the girl for once.

(My confidence grew in terms of what other things can happen in my career and the projects that would come my way. In this industry, it admittedly takes luck for people like me to get big projects. To be picked up by Viva for commercial release, to be cast by a director for a festival, and to be paired up with a pretty girl.)

(I would tell people that when my mom found out I was the lead, she cound’t beleive it. She asked me: ‘Who’s your best friend?’ Because she’s used to me playing the best friend. I told her that it’s me who’s going to look for a best friend and she said: ‘Will anyone watch that?’ ) 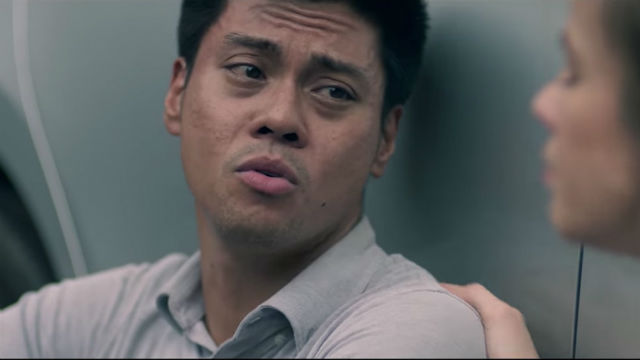 While casting him as lead actor might be a “gamble” for some, Jerald thinks the local audience is looking to more true-to-life story telling.

Casting him as a lead actor could be considered a gamble by some but Jerald believes that the local audience is more than ready, and are in fact, hungry for a different, more true to life story telling.

“Ang idea ko ngayon is everyone is reachable parang you can know what an artista is doing in a day. So mas ganun ‘yun gusto ng tao ngayon. ‘Yun yung content na mas gusto nila. Saka in the era of Netflix, parang humihingi ‘yung tao ng truest form, it’s the year of the underdog.”

(The idea now is for everyone to be reachable so you would know what an artist is doing in a day. That’s what people like now. And in the era of Netflix, people want the truest form, it’s the year of the underdog.)

Directed and written by Dominic Lim, The Write Moment is a fantasy romantic comedy movie about second chances and getting another shot at happy ever after.

It tells the story of Dave (Jerald), a wedding videographer and occasional movie scriptwriter, who finds himself nursing a broken heart after getting dumped by his girlfriend, Joyce (Valeen). He eventually writes a screenplay with a happy ending and surprisingly finds himself living out his written story with a mysterious twist.

The Write Moment was an entry to last year’s QCinema International Film Festival.

Dominic explained that the movie was written before “Kita Kita“ and the casting was not in any way influenced by the its success.

(During auditions, I paid attention to the performance. I wanted someone who I felt could play the characters truthfully. Those who fit the story, that was who I was looking for.)

Valeen and Jerald on their first movie as leads

(Honestly, I don’t want any other leading man than Je because I’m comfortable with him.) 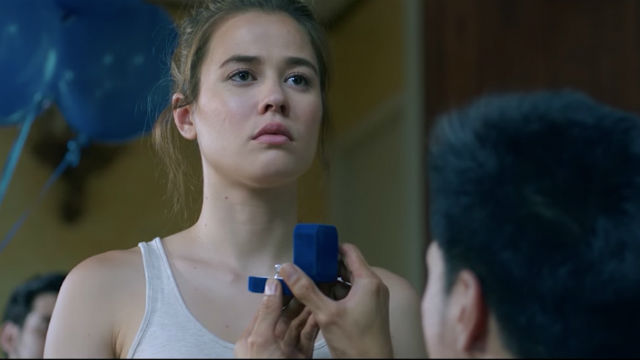 Having worked together on GMA 7’s Sunday comedy-musical variety show, Sunday Pinasaya, Valeen shared that they were able to develop a strong bond both on and off camera. Since this is her first time leading a movie, Valeen admitted that she struggled with some of the scenes.

But she said putting her complete trust on both Jeral and Dominic made it easier.