WATCH: ‘Give Up Tomorrow’ documentary on Rappler 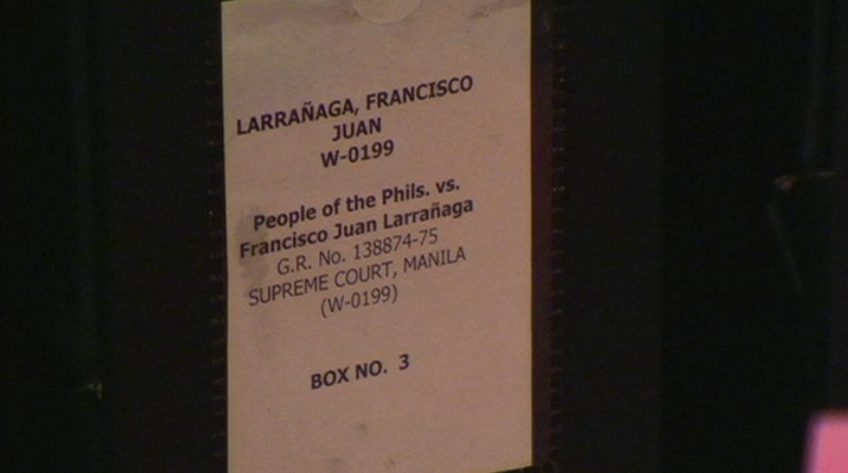 MANILA, Philippines – Twenty-one years ago, on the night of July 16, 1997, Sisters Marijoy, 21, and Jacqueline Chiong, 23, disappeared while waiting for their ride home outside a mall in Cebu City. A few days later, a heavily-decomposed body, believed to have been Marijoy, was found in a ravine in the nearby town of Carcar.

Jacqueline’s body, to this day, is still missing.

What soon followed was a media frenzy that was hailed the “trial of the century.” Eight men were arrested for the crime, 7 were convicted, while 1 turned state-witness. Their purported ringleader was Francisco Juna “Paco” Larrañaga, then a 19-year-old and scion of the prominent Osmeña clan.

While Larrañaga admits that he built a reputation as a bad boy of Cebu — having been involved in brawls and other scuffles — he denies involvement in the murder. Larrañaga claims he was in Quezon City the night the Chiong sisters were abducted – a claim that was backed up by his classmates, teachers, and even airline personnel.

A Cebu court convicted Larrañaga and 6 others in 1999. The Supreme Court upheld this decision 5 years later in 2005. They were sentenced to death by lethal injection.

By 2006, the death penalty was abolished in the country. In 2009, Larrañaga was transferred to Spain on the basis of a standing agreement between the Philippine and Spanish governments. Spain is the native country of Larrañaga’s father.

Thelma Chiong, mother of the two sisters, decried these developments in the case.

Fillmmakers Michael Collins and Marty Syjuco, who is related to Larrañaga by affinity, pleaded Paco’s case in the 2011 documentary Give Up Tomorrow. At the center of the film is a young man put behind bars by an allegedly twisted criminal justice system. The trial, according to the United Nations Commission on Human Rights, ran against the principles of fairness and justice.

Give Up Tomorrow, will stream online for free on July 16 on Rappler. It will be available on demand by July 17. – Rappler.com