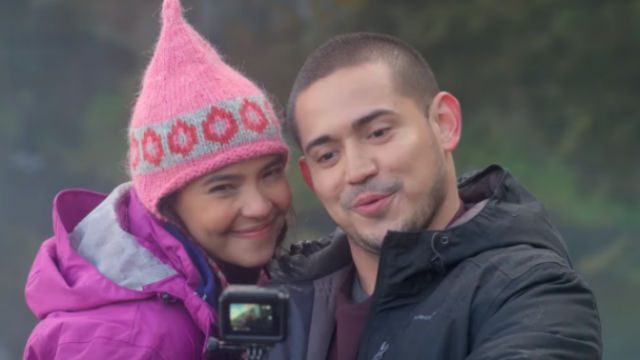 Facebook Twitter Copy URL
Copied
In the end, 'Through Night and Day' is even more imperfect than the couple it portrays

Two disparate ideas turn Veronica Velasco’s Through Night and Day into a film that feels like a complete missed opportunity.

Ben (Paolo Contis) gifts his fiancée Jen (Alessandra de Rossi) with a trip to Iceland, her dream destination. At first, the two lovers are enjoying their first time out of the country together, seeing the unique vistas Iceland has to offer. What starts out as a seemingly perfect vacation of the two lovers who are about to get married turns into an eye-opening exploration of each other’s faults and quirks that could ruin their plans for the near future.

Through Night and Day continues the popular trend of recent romances to make foreign lands, usually picturesque and tourist-friendly locations, as settings.

Sigrid Bernardo’s Kita Kita (2017), wholly set in Hokkaido, is a delightful and charming love story between two migrant workers whose only connection to their home land is through phone calls with their relatives and memories of growing up.

Antoinette Jadaone’s Never Not Love You (2018) has its young and idealistic lovers fly to London to get their romance grounded with the reality that a relationship requires compromise. In Irene Villamor’s Meet Me in St. Gallen (2018), the charming titular Swiss town becomes the setting of the film’s intent to dispel the common expectations of a genre that exploits tropes such as the quirky meet-cute and culminations set overseas.

Villamor’s Sid & Aya: Not a Love Story (2018) is even braver, making use of Tokyo to show the immense economic and social gap between its two characters that can never be filled even by the sincerest of adoration.

Dear Other Self (2017), with one half of its two love stories evolving in Bangkok, literally takes foreign travel as an aspiration for its bored and burdened middle-class protagonist who dreams of just quitting her day job to live the life of a travel blogger.

Interestingly, Through Night and Day takes foreign travel also as an aspiration for middle-class couples, a luxury that is meant to complement whatever passions that are already existing between them. That Velasco twists the aspiration to include absurd and disastrous moments that pull the lovers apart instead of cementing their romance is a clever turn. The film’s most heartfelt moment has this intent in full focus, with Ben and Jen, after a fight that has them skidding off the road, finally witnessing the full wonder of the aurora borealis but without any assistance to their already crumbling relationship. It is therefore unfortunate that Through Night and Day settles to emotionally manipulate in its second half. What is worse is that the film doesn’t settle for emotional manipulation, it does its manipulating with all the plot conveniences possible, from introducing a third party who is inexplicably understanding when it comes to the circumstances.

Clearly, the film only intends to squeeze the storyline for all the tears they can conjure out of the audience. It skirts away from any further conflicts and any other complications that will pull away from the adamant shift in tone and motive.

Sadly, this second half, no matter how effective it is in its tear-jerking endeavors, betrays the admirable efforts of the first half in conveying the grave imperfections of even the most ideal of romantic relationships. The second half only reduces the evolving interactions in Iceland into mere symptoms of the plot device Velasco uses in the second half. What starts out as a humorous portrayal of a relationship disintegrating quicker than it should all because of the unintended squabbles and missteps of what should have been the vacation of a lifetime devolves into just another melodrama that hinges on an unfortunate tragedy all for sobs and whimpers.

Thankfully, the performances are satisfying.

De Rossi has always been a reliable actress, armed with the intuition and timing to switch from being comedic to dramatic to both. It is Contis that surprises. The former child actor, who has mostly worked as a comedian in television, is quite an effective leading man, who whether intended or not, adds awkward realism to his role of a boyfriend who is but quietly restraining himself from being too annoyed by his spritely lover. 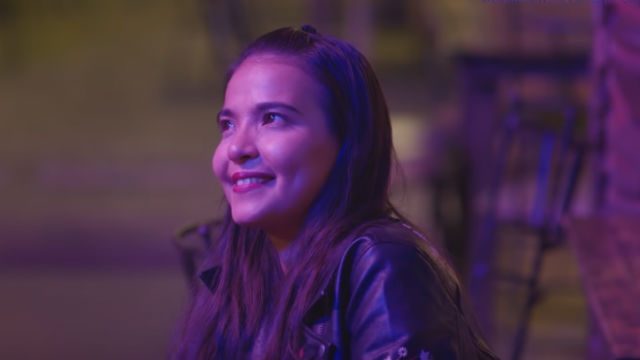 In the end, Through Night and Day is even more imperfect than the couple it portrays.

Its two parts, while narratively plausible, do not jive to support each other. The first half is both fun and funny before becoming irresistibly compelling. The second half throws everything away for the sake of easy melodrama.

The film wins, then loses. What sticks is all the trying that only exposes all the promises that turn out to be flukes. – Rappler.com