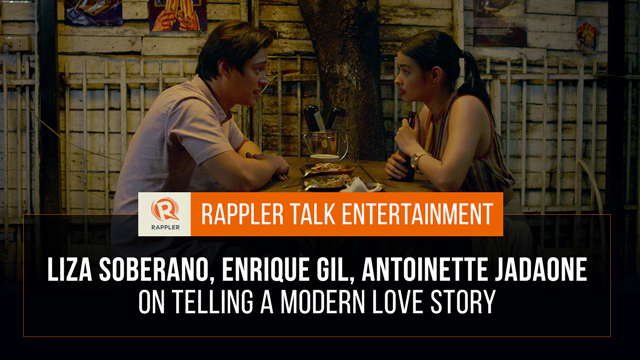 The movie, which premieres on February 13, tells the story of Christine (Liza) and Raf (Enrique) – college sweethearts who fall in love, dream big dreams together, only to break up. Years later, they reconnect, only for things to apparently fall apart again.

It’s a story that capitivated the leads even before they knew how it ended. But before the hype intensifies and the movie finally premieres in cinemas, we catch up with its stars and director to talk about Alone/Together, love stories, and what it means to tell them.

Bookmark this page to catch the interview live or follow Rappler on social media for updates! – Rappler.com