5 things to watch for on Oscars night 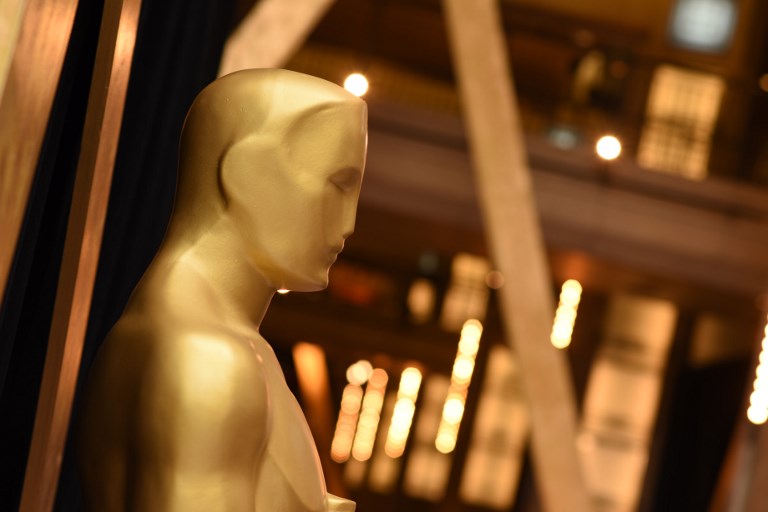 Will Alfonso Cuaron sweep the awards for his cinematic masterpiece Roma? Will another contender swipe the best picture Oscar from him? Can Glenn Close finally claim her first Academy Award? (FULL LIST: Oscars 2019 nominees)

The ceremony will be without a host for the first time in 3 decades – a fact sure to create some surprising moments.

Here are 5 things to watch for on February 24 when the stars gather for the 91st Oscars:

Streaming giant Netflix could take a major step forward in its quest to be both a distribution king and a purveyor of quality original content if Roma becomes its first film to take home a best picture Oscar. (READ: ‘Roma’ review: Towering achievement)

Roma earned a whopping 10 nods, leading the proceedings in a tie with The Favourite. The film earned nominations in several top categories including best director and best actress, also a new high for Netflix.

Amazon Studios already broke through in the best picture category in 2017 with a nomination for Manchester by the Sea – but did not grab the win.

A best picture victory for Roma would also make history as it would be the first foreign-language film to do so.

And it would be the crown jewel in a rich awards season for Alfonso Cuaron, whose black-and-white film pays homage to his mother, his nanny and his childhood in 1970s Mexico City.

Of the 10 nominations for Roma, 4 are his: for best picture as a producer, best director, best original screenplay and best cinematography.

He joins illustrious company with his achievement: Warren Beatty did the same, scoring 4 nominations in 4 different categories – twice – for Heaven Can Wait and Reds.

Joel and Ethan Coen did it for No Country for Old Men.

Glenn Close is a veteran stage and screen actress and is revered by her peers. She is a winner of 3 Emmys, 3 Golden Globes and 3 Tony Awards. But Oscar has never smiled on her.

This year, with her seventh nomination, could finally be her year.

Close, 71, earned rave reviews for her portrayal of Joan Castleman, a woman who finds herself at a crossroads in her marriage to an author husband in The Wife, opposite a formidable Jonathan Pryce.

She has swept the major prizes so far this awards season, from a Golden Globe in January to a Screen Actors Guild prize to the Critics’ Choice Award she shared with Lady Gaga.

Oscarologists are near-unanimous in their prediction that Close will strike gold on February 24. We’ll see when the envelope is opened.

What about Spike Lee?

Spike Lee is still bitter about what is perceived as one of the most egregious Oscar snubs: the choice of Driving Miss Daisy for best picture in 1990, when his Do The Right Thing was not nominated.

But this year, his BlacKkKlansman is up for 6 Oscars, and Lee himself was nominated 3 times: for best picture as a producer, best director and best adapted screenplay

Lee was given a honorary Oscar a few years ago for lifetime achievement but has never taken home a competitive Academy Award. Many hope his tale of a black cop who infiltrated the Ku Klux Klan will break the unhappy streak.

Is a hostless Oscars a better Oscars?

For the first time in 30 years, the Oscars will go on without a host. The Academy of Motion Picture Arts and Sciences initially offered the job to Kevin Hart, but backlash over a series of old tweets quickly ended that.

So gala organizers are going without an emcee for the first time since 1989 – a disastrous year remembered for a musical duet between actor Rob Lowe and … Snow White.

Will the hostless gala mean a shorter gala, which many viewers and industry A-listers have asked for? Organizers have promised to try to keep the show at about 3 hours. We’ll see.

Lady Gaga, Queen with Adam Lambert, Bette Midler: some of music’s biggest stars will be front and center on Oscars night to perform Oscar-nominated songs, and otherwise entertain the A-listers.

Gaga and Bradley Cooper will sing their power ballad “Shallow” from A Star Is Born live for the first time on television.

Midler will do “The Place Where Lost Things Go” from Mary Poppins Returns, and Oscar winner Jennifer Hudson will sing the theme song “I’ll Fight” from the documentary RBG about Supreme Court Justice Ruth Bader Ginsburg.

Also added to the schedule were Queen – Bohemian Rhapsody, the story of the band’s rise to fame, earned 5 nominations including for best picture and best actor (Rami Malek as the late Freddie Mercury).

Kendrick Lamar and SZA had been due to perform their song “All the Stars” from Black Panther, but Variety reported that they would not attend, citing a “logistics and timing” issue. – Rappler.com