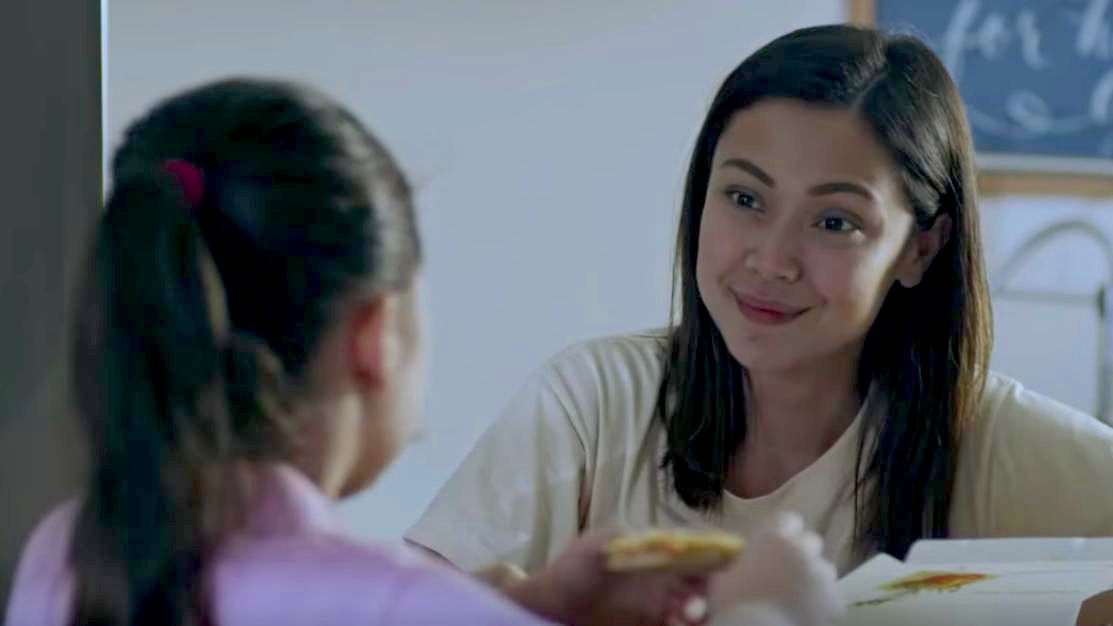 Jet Leyco’s Second Coming is a lot of style and sensation resting on a very flimsy story.

The title teases of conflicts and expositions of biblical proportions, but the substance it offers is quite underwhelming.

At first, it seems like the film is gravitating towards completely veiling itself in ominous confusion, which is very well-played. Leyco is most proficient in draping moments of mundane activity with grim mystery. In his films like Bukas Na Lang Sapagkat Gabi Na (2013) and Matangtubig (2015), inactivity and idleness evoke a certain sense of unease and lingering dread.

Second Coming has more than a few of similarly sinister moments, where Leyco’s camera indulges not preparing a sequence for rote shock tactics but in cleverly staggering the mood of haunting incongruity. In a scene in school, the jeers, taunts and scattered laughter of students turn feverishly nightmarish, as Leyco repurposes the images of children being vile and malicious to add layer to a narration laced in cryptic overtones.

The film works best when it meanders, delighting at every instance it can depict evil subtly or in slivers instead of spades.

It is most watchable when it doesn’t follow plot or formula, and Leyco just maneuvers the film in a way that it seems like it is just a montage of eerie moods and scattered impressions of supernatural terror.

Sadly, the film, after partially enchanting its audience with an uncompromising sensibility that aspires for more than just cheap chills and thrills, succumbs to being flatly predictable.

Second Coming revolves around Bea (Jodi Sta. Maria) who suddenly has to play stepmother to Imee, the daughter (Angelica Ulip) of her boyfriend Paolo (Marvin Agustin).

They all move back to Paolo’s previous house which is still littered with remnants of Paolo’s dead wife. Imee starts to show signs of something unnatural happening, turning extremely violent with the slightest of provocation. Bea, on the other hand, dreams of Paolo’s previous wife haunting them. Definitely, the house harbors grim secrets.

It is when the secrets are still secrets that Leyco gets to stretch his imagination the most. Sadly, as it becomes apparent that the issues and mysteries the film has in store is closer to formula and familiar territories than novelty, Leyco is left with very little room for invention. The film inches and inches closer to the tedium of everything falling into place, of tired exposition, of stereotypes.

While Sta. Maria provides the film with a steadfast emotional core, it doesn’t help that Agustin telegraphs the film’s twists and turns with his glaring lack of both sophistication and subtlety in adding layers to his crucial role.

Second Coming ultimately ends up being a frustrating disappointment, not because it is a shoddy film but because it started with so much ingenuity and promise only to abandon everything for the convenience of a neat storyline. – Rappler.com

Francis Joseph Cruz litigates for a living and writes about cinema for fun. The first Filipino movie he saw in the   theaters was Carlo J. Caparas’ Tirad Pass.