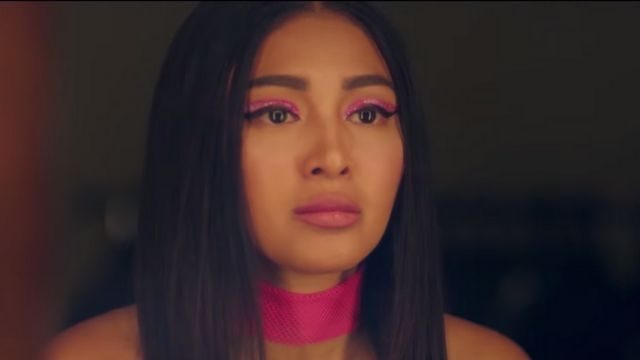 Facebook Twitter Copy URL
Copied
The actress proves she is a woman of many talents as she stars in the upcoming dance musical, along with Sam Concepcion

MANILA, Philippines – Nadine Lustre is starring in a new dance musical called Indak, and the first trailer for the film was released on Friday, June 7.

In the film, Nadine plays Jen, an island girl who leaves the comforts of home to join Indak Pinas, a dance crew prepping for a competition in South Korea. Helping her on her journey is Vin, played by Sam Concepcion, who is also a member of the dance crew.

It’s a story we’ve seen before: an unknown girl dreams of stardom, and travels away from home to pursue it, facing odds stacked against her and battling fear, and uncertainty along the way.

This time though, the familiar story is told through Nadine, whose legions of fans will no doubt be excited to see their “multimedia princess” showing off both her acting prowess and her dancing skills.

Indak is directed by Paul Basinillo and produced by Viva Films. A specific release date has yet to be announced, but the title card in the trailer said the film will be in cinemas in August 2019. – Rappler.com