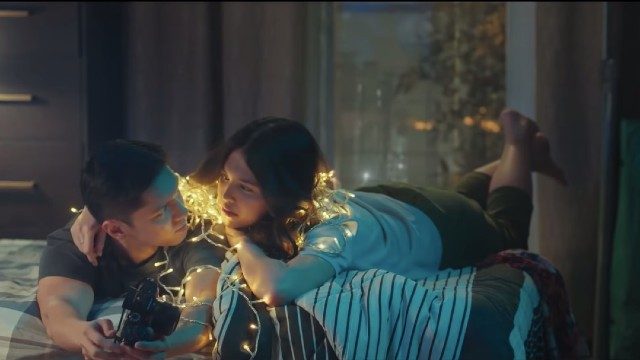 Facebook Twitter Copy URL
Copied
'It doesn’t cheat its way towards its happy endings. All the emotions it conjures feel sincere and authentic.'

The market nowadays has storytellers scrambling for novel theses on love.

Just recently, Andoy Ranay’s Open (2019) brought to the table a relationship set-up that challenges the traditional monogamist appreciation of romance, examining in an unsatisfyingly simplistic manner how love can persist in a society with perspectives. Antoinette Jadaone’s Never Not Love You (2018) douses the fairy tale idea of romance by onscreen tandems with doses of reality, enunciating the necessity of romance-driven national cinema to temper its escapist motives with the bleaker aspects of the human condition.

Jadaone’s Alone/Together (2019), Cathy Garcia-Molina’s Hello Love, Goodbye (2019), Jason Paul Laxamana’s Between Maybes (2019) and many other films stray farther and further from being true love stories and closer into commentaries on the romantic relationship in an age where practicality trumps the affairs of the heart.

A love story, through and through

Prime Cruz’s Isa Pa, With Feelings is a love story, through and through.

There are no buts, no ifs. There are no unnecessary complications and no delusions as to the grandeur of the oft-depicted emotion. It is as simple a romance can be.

Mara (Maine Mendoza) aims to be an architect because of her father’s frustrated ambition to be one. She, however, fails to pass the board exams and in one moment of anguish, figures in a minor accident where she is consoled by her neighbor Gali (Carlo Aquino), who is deaf. They eventually bond and amidst their differences, develop a liking to each other. Gali, seemingly untroubled by anything despite his inability to hear, reveals anxieties and hesitations as his budding relationship with Mara forces him closer to a world where he is different.

The film stands out because it refuses to champion poignancy and heartache without regressing to previous attitudes that treat love as if it was so easily earned with just an instance of a kiss. It is complex enough without totally abandoning the familiar movements of the romance formula. Its characters, while not as harassed by the challenges of an inequitable economy, are portrayed with apt motivations that aren’t necessarily hinged on their need for love.

While the screenplay written by Jen Chuaunsu and Kookai Labayen follow the familiar grooves of the rom-com, it never falls into trap of clinging onto the tired tropes that define the genre. There are still familiar expectations that distract the lovers from their romantic aspirations. There are still third parties in the form of a former flame. There are still naysaying friends who offer cautions to their careless dive into love’s uncertain seas. The film however just hops scrapes those surfaces, relying instead on the magical moments when the love is uncomplicated and purely beautiful, when it works without fault.

Cruz is a visual storyteller.

From his first film Sleepless (2015) to his sole horror film The Debutantes (2017), he always amplifies his film’s conceit, whether it be love in an age of graveyard shifts or fear in a society confounded by bullyism, through a rich and textured visual design that complements the plot with a distinct mood and atmosphere. In Isa Pa, With Feelings, Cruz makes sure that the world where the differing worlds of Mara and Gali beautifully collides is conspicuously mundane but with a wide allowance for magic. The film depicts everyday interiors that suddenly explode with color, light or extreme emotion by a mere shift in perspective.

In Isa Pa, With Feelings, actions speak louder than words.

Cruz fully comprehends this and fully utilizes the strengths of his actors. He carefully blends Mendoza’s unmitigated expressiveness with Aquino’s subtle gestures in scenes that are both humorous and irresistibly sentimental. The film is unabashed in its motives to again put love on against all odds on a pedestal after it being waylaid for stark realism.

Thankfully, the film earns its optimism. It doesn’t cheat its way towards its happy endings. All the emotions it conjures feel sincere and authentic.

Isa Pa, With Feelings is refreshing because amidst the pessimism that has tainted love, it defiantly offers a reaffirmation that the crux of love will always be kindness. – Rappler.com