MANILA, Philippines – There is a scene in Dead Kids that, somehow, reduced an entire theater audience at the world premiere into fits of laughter. It wasn’t the most complex of jokes; the set-up wasn’t elaborate either – but it worked.

It was testament, perhaps, to the thought and care that’s been poured onto directing wunderkid Mikhail Red’s latest offering, the first Netflix Film from the Philippines. “We tackle a lot of issues in the movie. But we don’t want it to be preachy,” said Mikhail on the sidelines of the movie’s world premiere at the Cinema One Originals Film Festival on Sunday, November 17.

Dead Kids is about a group of teenagers from a private school who plot to kidnap the resident school asshole, Chuck Santos.

Things, of course, go awry as the motley crew of 4 (or is it 5?) find themselves biting off much more than they can chew.

Of, for, about this generation

To be sure, the movie, which stars a handful of Philippine cinema’s rising young stars, has a lot to say about the youth.

“It’s very of this generation. As Direk Mik describes it, it’s crime in the Instagram age,” said Gabby. Inspired by real reports of kidnapping in two Metro Manila universities, Mikhail says the film is about “surviving in a society [where] the disparity between social strata is jarring.” The society he’s talking about, of course, is the one we’re living in – the Philippines.

“The movie talks about how easily kids’ realities are warped because they’re hiding behind screens. So that sense of accountability, that sense of compassion for other people is skewed because that’s the reality that we live in, in the age of the Internet,” added Gabby.

In Dead Kids, we’re brought to a world where there are no adults – or at least one that’d devoid of adults. They plot, they scheme, and they troubleshoot in a world that’s run – and been ruined – by the adults who should have had things figured out. The kids are alone, for the most part – although adults swoop in and intervene just when they’re needed the least and the most. (Uncle Rody, the drug lord, says “hi.”)

It’s nearly impossible to talk about Dead Kids and not praise the casting.

While putting together a cast of the who’s who when it comes up up-and-coming talent isn’t that daunting, it’s almost uncanny how each role seems to have been tailor-made for the actor playing it.

Vance Larena is amazing as Blanco, channeling both teenage angst and innocence (and the loss of it) with so much ease. Kelvin Miranda, Khalil Ramos, and Jan Silverio all make sense as the rest of the heist crew – it’s easy to both root for and against all their bungling and ingenious ways. Markus Paterson plays bully and victim well. The two women in the cast – Sue Ramirez and Gabby Padilla – have regrettably less screen time as their male counterparts, but shine the brightest in the scenes they’re in.

It was both easy and difficult to play their characters – high school, after all, is both a far-removed and fond memory for most of the actors, all in their early 20s. For Khalil, especially, the casting was uncanny – although he isn’t usually cast in roles like Paolo, the goofball “gago” is precisely who he was in high school. “I had to switch from a different character. It’s something that I didn’t see myself doing in front of the camera because most people in the industry don’t know me as that person. I just tapped into my high school self – I was gago, I was very makulit,” he explained.

“They just gave me the hall pass to be the asshole on set,” Markus said, laughing.

For Mikhail, it was important that the cast gelled – which explains the inuman (drinking session) that cast had before filming even began. 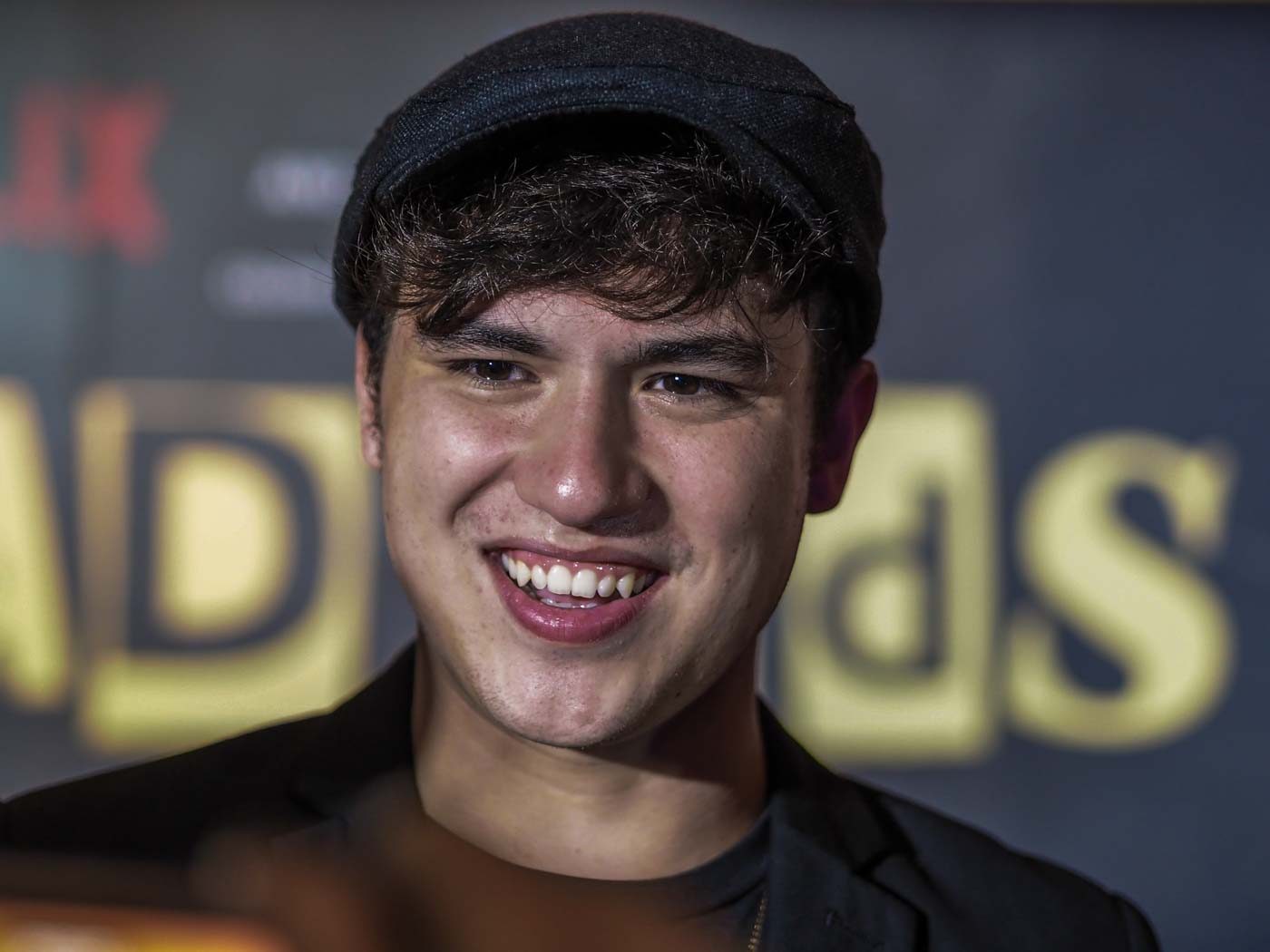 It’s almost no surprise that a Mikhail Red film is the first Netflix Original from the Philippines. His second movie, Birdshot, was the first Filipino movie to be streamed on the platform. Another movie, the thriller mystery Eerie, is also on the streaming site.

On a practical level, having Dead Kids stream on Netflix takes the pressure off opening weekend – important, given how notoriously difficult the Philippine box office is to even break even in. “They offered a good deal,” said Mikhail in a Who Is The Filipino? episode for Rappler.

On a creative level, Netflix as a platform means Dead Kids – and what Mikhail and brother Nikolas have to say – has the potential to reach a million more eyes, in and beyond the Philippines.

It’s a message that’s important, for sure, in a Philippines where inequality persists, justice is elusive, and social media (for better or worse) is king. “Mga squatter lang natotokhang. Mukha ba kaming squatter sa ‘yo?” goes Blanco, both in the movie and the trailer. (Only the poor and killed. Do we look poor to you?)

The question is rherotical but in the movie, for better or worse, it goes answered. And the kids – because and despite of what happens – are, maybe, just alright in the end. – Rappler.com